Senior crewmembers will 'move jobs' to get better Internet access 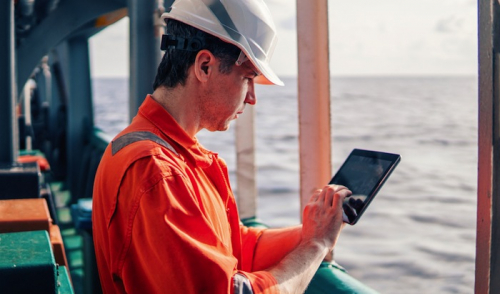 A new report has found that it’s not only salary levels that determine which shipping company a seafarer chooses to work for – fringe benefits are now playing an increasingly important role in attracting and retaining senior maritime staff.

Access to the Internet (both free or paid) tops the list of must-haves for today’s seafarers, while other attractive benefits include medical insurance, pensions and paid certification.

Almost 10,000 seafarers took part in the survey, conducted between May and September this year. The majority of respondents were senior officers and more than 50% had 24 months or more experience in their current rank.

The survey also revealed that crew vote with their feet – if they find a better offer they are more than willing to move companies.

However, despite this workplace fluidity, the report showed that the majority of seafarers were happy to recommend their most recent company as an employer.

“It is our experience that access to the Internet is a very important parameter when seafarers are selecting an employer,” says Henrik Jensen, managing director of Danica.

“We conducted the survey because we wanted to better understand the actual conditions Russian and Ukrainian seafarers are employed under, as well as how they act in the employment market.”

The survey found that:
•    Close to 50% of the crew members responding have free access to the Internet
•    19% of the seafarers (mainly senior officers) get the costs for the renewal of their national licenses paid
•    15% have medical insurance as a part of their remuneration package
•    Most seafarers (55%) have worked for two or more companies over the past three years
•    However, 45% have had only one employer in the past three years
•    73% of them would recommend a friend to join the company they last worked for
•    74% would change jobs for a higher salary
•    Joining a younger vessel and having a shorter contract period are equally important (47% - 45%)
•    32% would change jobs to get access to the internet
•    Medical insurance and pension are also important parameters.