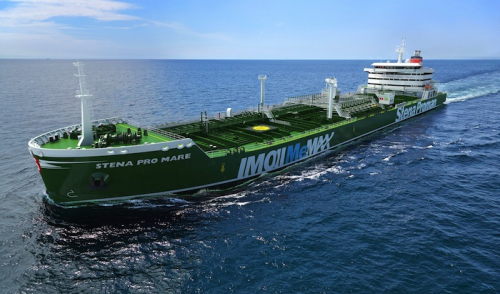 Proman Stena Bulk has signed an agreement with Guangzhou Shipyard International (GSI) in China to build two state of the art IMOIIMeMAX methanol-ready 49,900 DWT ships, with the first vessel due for delivery in 2022.

It is the first deal signed by the newly created joint venture between Stena Bulk and Proman Shipping.

Both vessels will be fitted with the latest generation of dual-fuel engines and run on methanol, which, the companies say, is rapidly emerging as one of the most viable, low emission and cost-effective marine fuel alternatives.

Available at over 100 ports around the world and boasting significant CAPEX cost and safety advantages to comparable alternatives such as LNG, methanol, they say, offers a clear pathway towards meeting the IMO’s commitment to cut carbon emissions from the shipping sector by 40% from 2008 levels by 2030, and overall greenhouse gas emissions by 50% by 2050.

Compared with regular marine fuel, methanol offers a more than 95% reduction in sulphur oxide (SOx) and particulate matter, and a 60% reduction in nitrogen oxides (NOx).

“Methanol is now a readily available liquid fuel that meets the strictest emissions criteria, and it has huge global potential as a proven substitute for conventional bunker fuels,” says David Cassidy, chief executive of Proman.

The two ships will be 50/50 owned and then on long-term charter to Proman Shipping after delivery.

It’s estimated that each vessel will use around 12,500 metric tonnes of methanol per year.

Tweet
More in this category: « Senior crewmembers will 'move jobs' to get better Internet access India votes to join Hong Kong convention on ship recycling »
back to top