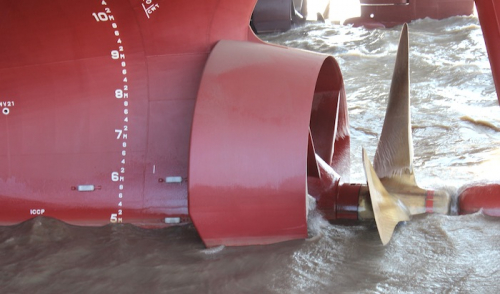 Massachusetts Institute of Technology’s (MIT) Center for Bits and Atoms (CBA) has signed a research agreement with Oldendorff Carriers to investigate disruptive improvements in ship design and propulsion.

The initial emphasis of the project will be directed at improving hydrodynamic efficiency – building on CBA recent work with the aerospace and automotive industries.

"We're delighted to have this opportunity to extend our research on high-performance structures from air and space to the seas, and appreciate the ambitious commitment that Oldendorff Carriers is making to the important goal of meeting the IMO mandate for reducing the environmental impact of shipping,” says CBA director Neil Gershenfeld.

Since 2013, Oldendorff has invested USD 3 billion in 90 new eco vessels built in China, Korea and Japan, which have fuel-efficient and reduced greenhouse gas emissions engines.

MIT's Center for Bits and Atoms is an interdisciplinary initiative exploring the boundary between computer science and physical science – known for pioneering advances in digital fabrication, materials, robotics, computing, biology, and design.

Oldendorff Carriers is a privately held owner and operator of bulk carriers headquartered in Lubeck, Germany, which operates a fleet of 700 modern vessels around the world.