Shipping firms team up to test onboard carbon capture system 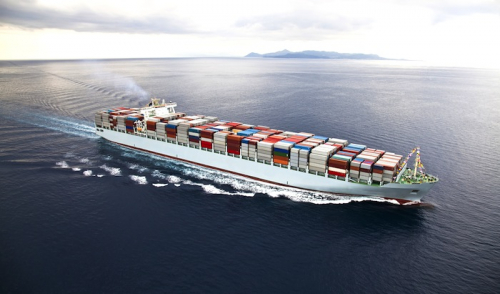 A group of leading shipping companies have joined forces with Denmark’s Maritime Development Center (MDC) to develop an onboard carbon capture and storage solution.

The system – known as decarbonICE – will see CO2 and other greenhouse gases (GHGs) in the ship’s exhaust captured onboard in a cryogenic process and then turned into dry ice.

According to the MDC, “proven offshore technology will then be applied during normal ship operations to transport the dry ice into the seafloor sediments where the CO2 will be safely and permanently stored as liquid CO2 and CO2 hydrate”.

The decarbonICE technology is intended primarily for new builds, but will be adaptable so that it can be retrofitted onto existing ships.

It’s hoped that, in combination with future carbon neutral fuels such as biofuels and electro fuels, decarbonICE technology will help to create carbon negative shipping – thereby contributing to atmospheric carbon reduction at a significantly lower cost than shore-based carbon capture.

The project is scheduled to run throughout 2020, with the aim of preparing a feasibility study and initiating an IMO approval process for the technology.

“As a leading and responsible shipping company, we have been studying many proposals for future propulsion systems and fuels to achieve the IMO 2050 target,” says Taizo Yoshida, NYK’s technical manager.

“We are very excited about the opportunity created through decarbonICE technology – and we strongly support it as one of the possible ways to achieve the 2050 target.”

Tweet
More in this category: « Navy divers train to tackle mines and deadly sea life in Australia Blue whale heart data captured for first time in the wild »
back to top