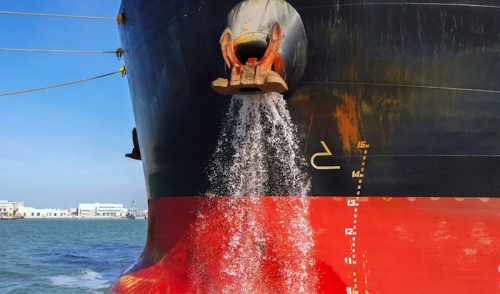 September 2019 saw the final deadline for older ships to retrofit an approved ballast water management system (BWMS). These systems are designed to prevent the transport of alien marine species from one ecosystem to another during ballast water discharge, which often has disastrous consequences.

Every ship to which the IMO Convention applies that is not yet equipped with a BWMS must fit one by the time of the renewal of its next International Oil Pollution Prevention (IOPP) certificate, which requires an extensive survey every five years. Because there are a number of other certificates that also require a survey, it makes sense to complete them all at the same time to reduce the expense of multiple dry-dockings – something IMO has allowed for since 2000 with its Harmonized System of Survey and Certification.

However, because the fitting of a BWMS was only linked to the IOPP survey, many owners de-harmonised this certificate from the rest to buy themselves up to five years of extra time. The main reasons were the costs involved – anywhere between $1m and $5m, depending on the ship – and the fact that many technologies were still evolving and still awaiting approval.

As the stepped deadlines have come and gone, there now seems to be more clarity on the systems and the means of achieving compliance in countries with more stringent regulations. As such, most shipowners are seeking to reharmonise the surveys.

This reluctance to take the plunge in an uncertain market is understandable, especially in today’s financial climate. The shipping industry is being squeezed from several directions at once as IMO member States work hard to limit pollution at sea. The most pressing regulations address the reduction of sulphur in fuel, with a 2020 deadline for compliance. Recently this has overshadowed the longer-running issue of effectively purging ballast water of alien species.

While the technical requirements of the Convention are determined at IMO, as always, the enforcement of the regulations is the responsibility of individual nations – with the US being the most enthusiastic.

The ‘hitchhiking’ of alien species is a problem that has been known about since the late 1800s, but action to develop countermeasures has been a long time coming, owing to insufficient scientific knowledge and, for many decades, the non-existence of suitable global regulatory bodies and mechanisms to instigate change – IMO wasn’t formed until the creation of the UN after the Second World War. Consequently, organisms such as the Chinese mitten crab, the zebra mussel and the round goby, to name but a few, became well established outside their natural ecosystems and continue to inflict, according to some estimates, billions of dollars of damage to fisheries and infrastructure. However, IMO is determined to stamp out any further migrations by requiring all ships under its jurisdiction to treat ballast water using approved systems.

Manufacturers have come up with a multitude of different approaches to eliminating alien species from ballast water (see info below). Some solutions combine methods to accommodate vessels that traverse waters with different qualities. For instance, some systems are better than others at coping with high sediment loads or low salinity.

Impartial advice
Although treatment systems employing ultraviolet light appear to have emerged as the industry’s preferred choice, many vessel owners remain unsure what technology will best suit their ships. Acknowledging the confusion that sometimes arises from having too much choice, OEMs banded together to form the Ballast Water Equipment Manufacturers Association – an organisation dedicated to providing impartial advice to shipowners.

Since its inception in 2018, it now counts OEMs such as Cathelco, Coldharbour, DESMI Ocean Guard, ERMA FIRST, Evoqua, Optimarin, Panasia and Wӓ rtsilӓ among its members. Founder and president Mark Riggio, senior market manager for UV-based BWMS equipment manufacturer Hyde Marine, says: “Representing the entire market is critical if we want to be perceived as a truly impartial technical resource for the shipping and regulatory community.”

Technologically, there has been an increasing emphasis on reducing the size and cost of equipment and allowing for a quick retrofit. Specialist installation companies, such as Goltens Green Technologies, will help the owner decide which system is best and then 3D map the space where the BWMS is intended to go. The unit is then CAD-designed and manufactured ahead of the dry-dock schedule to allow for a quick installation.

Technologies are also evolving to reduce the amount of energy required to treat the water and to cope with different salinities and clarity. One example is from Sonihull, a specialist in ultrasonic antifouling.

“Most systems treat the water on filling,” says Sonihull’s technical director Dominic Findlow. “The filtration and disinfection have to be done as the water passes through the BWMS plant before it is stored in a ballast tank. The main challenge is that the stored water then has to remain within the limits of the D-2 standard for viable organisms and microbes, without any further treatment, until it is discharged.”

Disrupting cell membranes
Sonihull’s answer is a fit-and-forget sonic system within the tank that continues to treat the water by disrupting the cellular membranes of residual organisms. Another company, BIO-UV, is developing compact low-flow units for yachts or smaller commercial vessels where engine-room space is tight. The system is installed in skid units, which can be embellished with high-gloss finishes to match other engine-room equipment.

Among the larger names, Wärtsilä is enjoying brisk business, with its Aquarius system recently chosen for retrofitting four Korean vessels. The system uses a combination of backwash filters and UV radiation to kill organisms, and it meets the current United States Coast Guard (USCG) regulations.

“The design of our solution provides maximum flexibility during system design and installation,” explains Woo Ho Yoo of Wärtsilä Korea. “Key components are positioned to suit available space, which is a major advantage in retrofit projects.”

Looking ahead, the final retrofit timeline is now under way, but with plenty of proven systems to draw on, and a more relaxed and unified approach to type approval by the USCG, it seems the industry will be able to fit efficient equipment into increasingly tight spaces with less impact on other plant. Meanwhile, environmentalists are scratching their heads over how to deal with species that have already made it to a new ecosystem.

CHANGE IN THE US STANCE
The United States Coast Guard (USCG) began to insist on far higher standards than those required by IMO, mainly because the US and Canada continue to suffer heavily from invasive species. This led to a rift between the USCG and IMO, with the effect that only a handful of treatment systems were deemed acceptable. IMO said that organisms should be “non-viable” after treatment, meaning unable to reproduce, whereas the USCG wanted them dead. Bearing in mind that some of the most dangerous organisms begin their life cycle as microscopic larvae, spores and pathogens, the US had a point.

In November 2018, the US Senate passed the Vessel Incidental Discharge Act (VIDA), which paved the way for greater consistency in US enforcement, unifying differing discharge regulations across 25 states and two federal agencies. Basically, the legal terminology was amended to bring it into alignment with IMO’s position, thereby allowing more treatment systems, particularly those using UV radiation, to meet USCG standards.

The regulations also changed the way ballast water is tested to ensure it meets the right standards. Under VIDA, the USCG was required to consider testing methods based on the best science available. The most accurate involve ‘organism grow-out’, whereby samples are monitored over a 24-hour period to see if they reproduce.

An expert in this field is Aqua-tools. In 2018, it worked with IMO to deliver a new method of detecting bacterial adenosine triphosphate (ATP) in organisms within ballast water. ATP acts as a marker, allowing detection of phytoplankton, zooplankton and bacteria in seawater to levels well below those stipulated in IMO’s D-2 standard.

TREATING BALLAST WATER
Ballast water treatments are selected depending on a ship’s operational area, and several technologies can work together to cope with different water types or target a specific threat. The different types of treatment are listed below.

● Antifouling coatings
As a supplement to other treatments, coatings that contain biocides can be used to line the inside of ballast tanks.

● Chemical disinfection
For example, biocides. These come in two varieties, oxidising and non-oxidising. The former are very effective at destroying cell membranes. The latter are used where large amounts of growth or sediment accumulate.

● Biological
Measures include adding organisms that are natural predators to the target species, pathogens or competitors. Treatments also include biotechnology methods to modify the genetics of the organism to make it vulnerable.

● Deoxygenation
Oxygen is purged from the ballast water by introducing an inert gas or binding the oxygen to a chemical additive. This treatment kills most potential nuisance organisms, but is ineffective against cysts, spores and anaerobic bacteria.

● Pulse/plasma
Unwanted organisms are killed either by a pulsed electric field or an energy burst that generates a plasma arc in the water.

● Filtration
Systems are designed around the size and type of particles to be removed. Filtration systems need periodic cleaning, often achieved with a backwash devic

● Magnetic
Ballast water is passed through a magnetic field of a specified flux, generated by devices made from either ferrous or electromagnetic components. The field disrupts the constituents of living organisms, but how it does this is still not well understood.

● Thermal
In an age-old technique, high temperatures are used to literally cook all organic life to death, but this is energy intensive.

● Ultrasonic
Special transducers apply sonic energy of a specified amplitude and frequency that disrupts the cell walls of organisms.

This report was originally published in Marine Professional Nov/Dec 2019