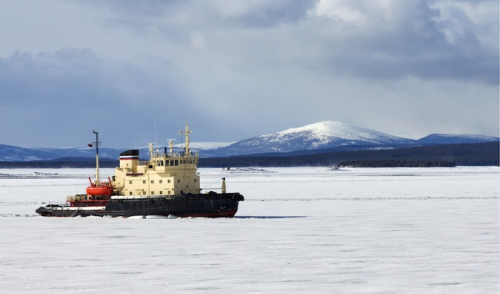 Moscow has finally published details of its strategic plan to develop the Northern Sea Route.

The initiative – which aims to boost annual shipments along the Northern Sea Route to 80m metric tons by 2024 – is reportedly being spearheaded by the state-run nuclear company Rosatom, which has major interests along the sea route.

The Russian government says that “its agencies and state-run companies are in a hurry to meet commercial targets for the remote Arctic seaway”.

The Northern Sea Route is defined by Russian legislation as being the seaway along the Siberian coast running between Novaya Zemlya, in the extreme northeast of Europe, and the Bering Strait.

The entire route lies within Russia's exclusive economic zone (EEZ), and, at the moment, parts of it are only free of ice for two months each year.

The project involves the country’s biggest oil and gas companies, including Novatek and Gazprom, and major mineral extraction companies, such as Rosneft.

At the heart of the plan is the construction of a fleet of new specialist ships.

By 2035, more than 40 new vessels will be built by the Russian government, including several nuclear icebreakers.

At least eight new Lider-class icebreakers will be in operation by 2027, with an, as yet, unspecified number of others due to be ready by 2032.

Moscow says that the Lider-class vessels will “be able to break through the thickest Arctic ice and open wide ship lanes across the region in order to escort commercial ships”.

At least 13 new powerful ice-class hydrographic ships will also be built, along with at  least 16 various support and rescue ships.

Moscow has also recently introduced a new Arctic Law, that will provide major tax incentives for developers of natural resources in the region – which it estimates will lead to €216 billion in new investments in the Russian Arctic over the next 15 years.

Tweet
More in this category: « MP Special Report: Naval Coatings Royal Navy to begin unmanned mine hunting and surveying ops »
back to top