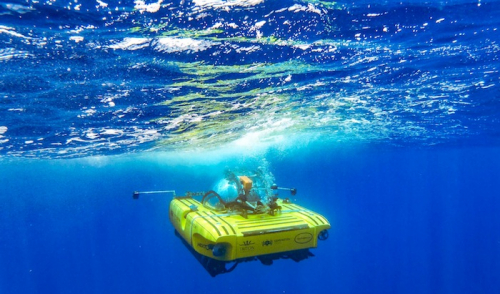 The Seychelles and Maldives governments have announced a major joint marine research project to explore and help conserve Indian Ocean.

First Descent: Midnight Zone will be a 35-day mission, starting in March, led by the Nekton Mission – an ocean research foundation that works closely with the University of Oxford.

The Nekton team will research and gather critical data in order to define conservation management priorities and the designation of Marine Protected Areas.

The research will focus on seamounts within the Midnight Zone – ocean depths between 1,000m and 4,000m.

While biomass peaks in surface waters, biodiversity actually peaks within the Midnight Zone – and with their high levels of biological endemism, seamounts are often described as ‘undersea Galapagoses’ because they are home to species found nowhere else on the planet.

First Descent: Midnight Zone is one of a series of expeditions that Nekton is carrying out across the Indian Ocean to document changes beneath the waves in a bid to catalyse 30% marine protection by 2030.

“It’s already home to nearly 2.7 billion people and by 2050 will be home to half of the world’s population – so how the Indian Ocean changes, will profoundly affect the lives and livelihoods of billions of people.”