Ocean circulations have been 'accelerating since early 1990s' 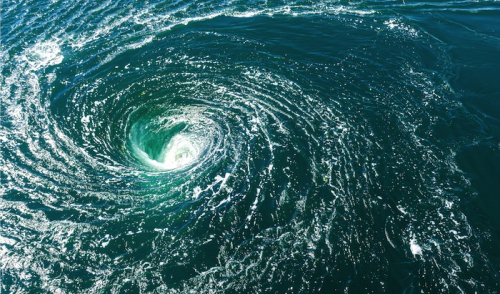 A study published this week in the journal Science Advances, suggests that global ocean circulation has accelerated over the past two decades.

The trend is particularly prominent in the global tropical oceans – reaching down to depths of thousands of metres.

"The magnitude and extent of the acceleration in ocean currents we detected throughout the global ocean and to 2,000m depth was quite surprising," says Janet Sprintall, an oceanographer at Scripps Institution of Oceanography at the University of California San Diego, who co-authored the paper.

"We expected some response to the increased winds over the past two decades, but the acceleration above and beyond that was unexpected, and is likely due to global climate change."

The international team behind the report included scientists from the Chinese Institute of Oceanology, Scripps, the US National Oceanic and Atmospheric Administration, and the Commonwealth Scientific and Industrial Research Organization in Australia.