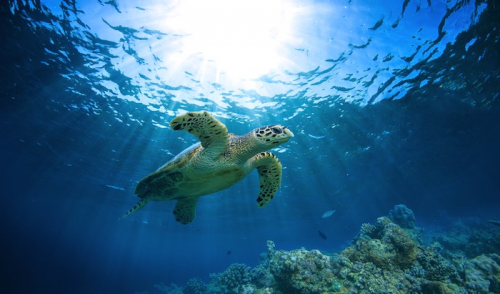 Peru’s environment minister has confirmed that the country is to designate a marine area of more than 19,000 square miles as a special protected natural area.

The area – known as the Dorsal de Nasca National Reserve – is located 70 miles off the Peruvian coast and contains a range of 93 submarine mountains that harbour more than 1,100 species, many of them endemic.

The introduction of the new marine reserve will allow Peru to jump from protecting just 0.4% of its territorial waters to more than 6.0% – taking the country closer to its commitment to bring at least 10% of its ocean under some form of protection.

New laws for the Dorsal de Nasca National Reserve will prevent the government from granting any further commercial concessions within the area.

Alicia Kuroiwa, director of the marine conservation NGO, Oceana in Peru, draws a parallel between the Dorsal de Nasca and the Andes – explaining that both act as important mountainous highways for the movement of species.

“Marine animals, such elephant seals and emperor penguins, that travel from south to north, seek out this submarine mountain range and use it as a pathway for their migrations,” she explains.

So far, marine scientists have documented 1,116 species living around the Dorsal de Nasca ridges – thirty of which are regarded as being in danger of, or vulnerable to, extinction, including the blue whale and leatherback sea turtle.

The Dorsal de Nasca is also home to deep-sea species such as cold-water corals and cod, that are also considered vulnerable.

Tweet
More in this category: « Ocean circulations have been 'accelerating since early 1990s' Marine Professional Special Report: Coatings »
back to top