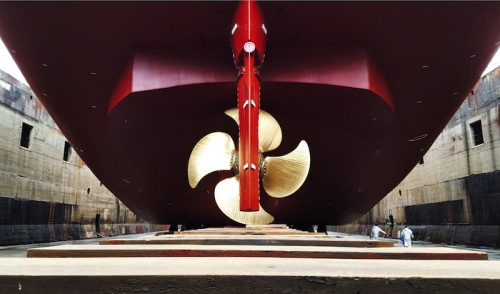 The heat is on. In a warming world, the shipping and offshore industries are under pressure as never before to make their operations greener and cleaner while also keeping costs down.

Maintenance is a key area where technology can play a role in not only minimising the environmental footprint of operations, but also reducing costs and improving safety.

It is little wonder, then, that maintenance and repair obligations are increasingly on the corporate radar in terms of their impact on both the bottom line and the environment. In the safety-conscious offshore sector, complex technology and hostile environments mean high maintenance obligations.

A typical offshore installation, for example, with an operational life of 30 years and 50,000 maintainable equipment items, could require some nine million hours of maintenance activity, with up to 25% of offshore personnel engaged in the ongoing management, supervision, preparation and execution of maintenance activities.

Indeed, maintenance is such an all-consuming part of life offshore that the industry now faces the issue of over-maintenance, which runs up backlogs and costs, and puts crew in danger.

Research from the UK’s Health and Safety Executive found that 27% of all offshore injuries are associated with maintenance, and that 10% of all hydrocarbon releases are directly attributed to maintenance activity.

As a result, operators of offshore platforms, shipping lines and wind farms are eyeing up the potential of smart technology to optimise maintenance, reduce its cost load and minimise its associated risks to personnel and the environment. Artificial intelligence, for example, promises to deliver a step change in maintenance, repair and operations (MRO).

Classification society the American Bureau of Shipping has been working on a joint development project to use a machine-learning image-recognition tool to identify and detect anomalies in a ship or offshore structure from photographic data alone.

Remedial work robots
Automation is another key technology when it comes to increasing the efficiency of MRO and reducing the risks to crew; a robot doesn’t get tired or distracted, and can access places out of bounds to most humans.

Drones are already being used to inspect the inside of oil tanks on offshore floating production units. Rather than humans accessing confined spaces with scaffolding, breathing apparatus and on-hand tank rescue, drones equipped with powerful LED lamps and cameras can reduce risks, costs and downtime.

The savings can be significant. BW Offshore, for example, hired leading drone inspection company Sky-Futures to inspect 20 tanks, cutting the time from 60 days to just nine. Drones are also being used to inspect wind-turbine blades, not just to take images of surface condition of the blades, but also to equip crawling robots with scanners that can identify internal damage.

But robots aren’t just for identifying areas that need maintenance – they can also undertake preventative and remedial work as they go.

Take, for example, the costly and dangerous job of undertaking detection and reparation of metal vertical surfaces in offshore environments.

Autonomous robots can be equipped with a 3D scanner to identify corrosion or defects and a cold-spray gun to deposit a new metal coating on the surface.

Cold spray – the process of blasting a combination of metal powder and inert gas, usually helium or nitrogen, or a combination of the two, at a component at supersonic velocity – bonds the metal to a surface at a relatively low temperature (between 100°C and 500°C) compared with traditional welding, which takes place at temperatures of around 2,760°C.

Without such a high heat, the cold-spray technique doesn’t damage or distort the material’s metallurgical properties and can also be used on other materials, such as ceramics or composites.

The new coating is uniform and can be laid to any desired thickness, and can match or even surpass the strength of the material being repaired, giving worn or corroded parts a new lease of life.

Anna Valente, a professor of industrial robotics, explains that MRO is increasingly demanding that manufacturing tasks be executed in situ, especially for larger components. She notes that the complexity of running cold spray, combined with the conventional risks of operating in a harsh environment, “severely limits the possibility for technicians and engineers to exploit such technology while executing in situ manufacturing tasks”.

Cold-spray applications
Cold spray was first developed in the 1980s, but it has taken many decades for the technology to reach a point where it can be applied in harsh marine and offshore environments.

The US Navy has been a pioneer in developing cold spray as a solution to marine maintenance in order to extend the operational lifespan of vessels. Given the eye-watering costs of today’s military hardware, cold spray is a technique that could improve longevity and reduce routine maintenance. Indeed, trials by the US Navy have found that the process not only leads to quicker maintenance and reduced costs, but also replaces other techniques, such as brush plating and epoxy repair, which can involve hazardous chemicals.

The combination of additive manufacturing, cold spray and autonomous robotics has been developed by the 4D Hybrid Autonomous Robot project.
This project is funded by the European Commission’s Horizon 2020 initiative, involves 20 partners from 10 different countries and is coordinated by Italy’s Prima Industrie, with Switzerland’s SUPSI responsible for the research and technical coordination. The autonomous robot is one of the four demonstrators of the project.

“The autonomous robot is conceived to automatically run inspection and carry out repairs in a harsh environment, thus substituting human operators who might be asked to work in unsafe and unhealthy conditions,” notes Valente. “The robot is designed to work 24/7, climb vertical surfaces and operate in severe weather.”

In addition, increased efficiency and a precise repair process mean that raw material use can be reduced, and repairs times shortened.

“The robot can operate continuously without any suspension of the plant functionalities,” says Valente. “The industrialisation of autonomous systems that can cooperate with humans and drones constitutes a major leap in efficiency, as well as disruption of the MRO business model, thus bringing value to maintenance stakeholders who can exploit fleets of robots to ensure effective matching of customer requests.”

But the robot’s creation was not without difficulties, says Valente. “The design of the autonomous system brought technical and technological challenges, such as the development of a unique platform able to combine inspection and manufacturing tasks.

“The system must be able to run such operations in a wide range of environmental conditions, ranging from low to high ambient temperature, as well as on dry and wet surfaces.

“Another relevant challenge was related to the design of a robotic system able to process a wide range of materials, thus ensuring industrial robustness towards various production scenarios.”

Use cases
The team envisages the project as having real-life applications in the aerospace, oil and gas and power-generation industries, and has designed a solution that is easy for end users to deploy and that requires limited ramp-up time. The robot can certainly access hard-to-reach offshore surfaces.

To overcome the challenge of climbing extremely slippery vertical surfaces, it has been designed as a tracked vehicle with two robust rubber belts and a powerful vacuum-based adhesion system that keeps it in contact with the surface. It can move forwards and backwards, rotate and work on a range of metal surfaces and in various environmental conditions.

These include corroded materials, in water and dirt, and in environmental temperatures ranging from 3°C to 35°C. The robot is also equipped with a powder recovery system to suck up dispersed powder and carry it to the top of the ship, limiting pollution.

According to the 4D Hybrid team, the application of this technology could deliver huge savings in primary raw materials and the number of round trips necessary to inspect and repair parts. By 2021, it estimates savings of 150,000 tonnes per year of metal raw materials, 500,000 GJ per year of energy – roughly the same energy required to heat 10,000 US homes – and
3.6 million tonnes per year of CO2.

Forward thinkers are looking ahead to the days when every ship – or at least every port – has its own articulated robot capable of undertaking inspection or repair.

This feature was originally published in Marine Professional Jan/Feb 2020

Tweet
More in this category: « Peru sets out plan to create huge new marine national reserve Walking robots being tested to operate aboard offshore platform »
back to top