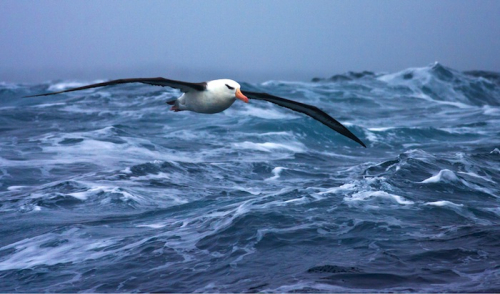 World leaders are being urged to introduce 'dynamic management' techniques that would allow protected marine zones to shift as species move habitats due to climate change.

In a recent article in Science – the peer-reviewed academic journal of the American Association for the Advancement of Science – researchers make the case for the United Nations to include mobile marine protected areas in the UN Convention on the Law of the Sea (UNCLOS), which is currently being updated for the first time since 1982.

“Animals obviously don’t stay in one place — a lot of them use very large areas of the ocean, and those areas can move in time and space,” explains lead author of the article, Sara Maxwell, an assistant professor at the University of Washington, who studies migratory marine animals.

“As climate change happens, if we make boundaries that are static in place and time, chances are that the animals we are trying to protect will be gone from those places.”

The article argues that large regions of the ocean currently designated as marine protected areas (MPAs) are no longer practical for conserving highly mobile species – such as sea turtles, whales, sharks and seabirds – that can travel across entire oceans in search of food and breeding grounds.

Maxwell’s research uses tags that transmit to satellites to track marine species’ movements from space — a new technology that is just beginning to be applied to real-time protection of marine species.

“Only in the past 10 to 15 years have countries started to incorporate such tools into management, combining satellite tags on animals, GPS tracking of ships, and ocean modelling to create rules that adjust to the situation – a technique known as dynamic management,” she says.

Several nations now use dynamic management strategies within the 200nm from shore that they fish exclusively, points out Maxwell.

A few countries also use dynamic management strategies farther from shore, for boats registered to their countries.

The TurtleWatch program, for instance, asks US fishing boats to voluntarily avoid waters north of Hawaii preferred by loggerhead and leatherback sea turtles, to reduce the unintended capture of the endangered animals.

In Australia, long-line fishing boats bypass fishing in international waters when and where models predict the presence of the southern blue fin tuna – a commercially valuable but endangered species which is managed through a quota system.

“New technology is making this dynamic approach to ocean conservation possible, at the same time that climate change is making it necessary,” says Maxwell.

The authors of the article encourage the international community to adopt this emerging management strategy and urge its widespread use in international waters.

“We hope the language in the UN treaty will be changed to explicitly include mobile marine protected areas and dynamic management, so that they become options to protect the largest parts of the ocean going forward,” says Maxwell.