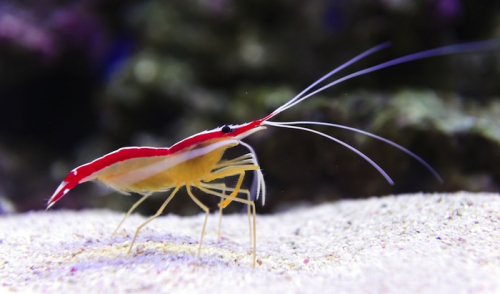 One of the ocean's smaller creatures is also one of the its loudest – and getting louder as our oceans warm up, according to new research presented this week at the Ocean Sciences Meeting 2020 in San Diego.

And when large numbers of them snap at once, the noise can dominate the entire marine soundscape – often interfering with sonar instrumentation.

"It's a really cool little animal that make sounds by closing its claws so fast it creates a bubble – and when that bubble implodes, it emits a loud snapping sound," explains Aran Mooney, a marine biologist at Woods Hole Oceanographic Institution, who presented the research.

Mooney’s team detected a strong relationship between warmer waters and louder, more frequent, snapping shrimp sounds by experimenting with shrimp in tanks in their lab and by listening to shrimp in the ocean at different water temperatures.

“It makes sense because shrimp are cold-blooded animals, which means their body temperature and activity levels are largely controlled by their environment, in the much the same way that ants can move faster in warmer weather than in cooler weather.

"We've shown that in the field that not only does snap rate increase, but the sound levels increase as well.

Louder snapping shrimp could potentially have harmful effects on fish and sonar used by submarines and ships.

"We know that fish make sounds to call each other, attract mates, and defend territory,” says Mooney.

“If the seas get louder, it has the potential to influence those communications.

“Human use of sound in the oceans might also be impaired by louder snapping shrimp, with common instruments, such as fish finders, becoming affected.”

“There is also the possibility louder seas could impact instruments that navies use to detect mines."

You can listen to snapping shrimp sounds here: https://youtu.be/1Y9IhiSk-Pk

Tweet
More in this category: « Sweden joins coalition to protect marine environments and wildlife University of Portsmouth opens Centre for Blue Governance »
back to top