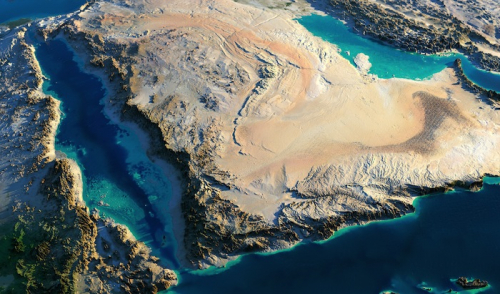 Accompanying Vescovo for the dive at the Kerbit Deep was Dr. Alan Jamieson from Newcastle University, who acted as an observer for the five-hour mission.

Mohammed Aljahdli – a young Saudi marine electronics engineer – accompanied Vescovo on the descent to the bottom of the Suakin Trough.

The features create distinct underwater ‘shorelines’ between the regular seawater on top and the ultra-dense brine pools that settle in the centres of the brine lakes. The pools have an average depth of 10m.

Mineral- and sponge-encrusted ‘chimneys’ were observed dotting the ‘shorelines’ of the Kebrit Deep, although none were active.

During his Red Sea expedition Vescovo also dived into an extinct underwater volcano in the Suakin Trough to study its unique geology.