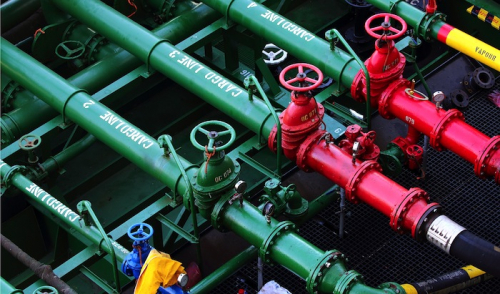 With IMO’s long-awaited regulatory limit on SOx emissions from shipping finally in force, the shipping sector is facing up to some serious questions about how it monitors and manages on-board fuel quality.

For decades the industry’s fuel of choice has been heavy fuel oil (HFO). Less refined than other distillates, it contains a lot more energy by volume than lighter oil-derived fuels.

However, due to the way it is now processed, HFO tends to contain very high levels of polluting contaminants, such as sulphur and nitrogen, as well as hard and potentially damaging particles, such as aluminium and silicon, that can cause corrosion within two-stroke engines, particularly inside combustion chambers and piston rings.

Another fundamental problem with HFO is that if it is stored for a long period of time it can become unstable, with its asphaltene content precipitating out of solution and causing the formation of sludge, which has the potential to block filters and pipes, leaving tanks with an unpumpable residue.

Water contamination in engines – a fairly unavoidable factor in shipping – is another everyday HFO problem that needs continuous monitoring and management. Water contamination can lead to internal corrosion and decreased overall power – although, up to a point, water content in HFO is actually considered beneficial because it limits the production and emission of NOx.

Effective on-board fuel conditioning and management is therefore essential for ensuring that a ship’s engine is supplied with viable fuel, under optimised conditions, in order to keep the vessel running as smoothly as possible.

With a recent upsurge in demand for increasingly responsive and sophisticated fuel management equipment, marine technology companies have been busily researching new ways to improve the often complex processes involved, with two of the most promising concepts being automated systems and ultrasonic cavitation.

Automated systems
“There is a new focus within the shipping industry on how to treat fuel on board a ship and what the best practice for doing this should be,” explains Roberto Comelli, business manager for fuel conditioning systems at Alfa Laval.

“The shipping industry is moving more and more towards automated systems, and if you bring automation into fuel conditioning you will have safe systems that will avoid putting your engine at risk during the complicated process of changing between the temperatures and viscosities of different bunkers and different fuels.

“Up until now, the shipping industry has become used to having just one quality of a heavy fuel or one quality of gas oil at a time, so that you could train your crew in a single static process to manage it.

“With an automated fuel management system you will certainly need to have more process steps, but you will feel the benefit of having something that will control the entire process for you. And when you want to change from one bunker to another, you will be able to do this in the best way for your engine.”

Ultrasonic cavitation
Meanwhile, sonochemistry – the effect of ultrasound in forming acoustic cavitation in liquids to enhance chemical activity within the solution – is also being explored as a possible commercial breakthrough in fuel conditioning.

Sonochemistry depends on the physical effects of quick heating and cooling caused by cavity implosion. During the quick cooling phase, hydrogen atoms and hydroxyl radicals combine to form hydrogen peroxide and molecular hydrogen.

In his recent paper, Mitigation of Ship Emissions Through the Use of Sonochemistry for Fuel Conditioning, marine engineer and CEO of TecnoVeritas Jorge Antunes sets out evidence to show that sonochemical ultrasound cavitation can have a significant effect on the improvement of HFO quality by creating lighter hydrocarbons and aiding improved fuel atomisation.

“In terms of engine operation and maintenance, the results of this research have been outstanding,” says Antunes, who believes that the new system will allow ships to bunker high-sulphur-content fuels, which can then be treated on board to meet sulphur limits.

His research led to the development of a new fuel conditioning system – Enermulsion – which is installed in line on the fuel supply piping, just before the fuel mixing column, via two normally open valves and one normally closed valve, to ensure fail-safe operation.

Using ultrasound and cavitation, the thermionic decomposition of water molecules and cracking of hydrocarbon structures occurs, resulting in a stable fuel homogenisation without needing to use an additional emulsifier.
The system also extracts sulphur from HFO as disposable sulphones and water.

Trialling Enermulsion
A programmable logic controller reads off the engine load through a shaft torque meter and adjusts the quantity of water to be dissociated to the engine load fuel flow rate, to condition the fuel without a need for a dedicated tank.

“During the two-year trial period, the injector nozzles lasted twice as long as they would have done with unprocessed HFO, and filter clogging did not occur,” he says. “Meanwhile, the turbocharger rotor blades, nozzle rings, exhaust pipings and economisers all ran much cleaner and without deposits.

“Black carbon due to low load operation disappeared, attributable to more complete combustion, which means this new process will be of particular interest to the owners of slow-steaming vessels.

“A reduction of carbon monoxide was also observed, indicating improved combustion due to better fuel atomisation and the presence of hydrogen and peroxides, which are both combustion improvers. Particulate matter reduction improved by up to 80%.”

Greener fuels
The long-term future of fuel conditioning in our brave new low-sulphur world will, however, also have to eventually deal with a raft of new alternative fuels which are becoming increasingly available and affordable – a prospect that excites Alfa Laval’s Comelli.

“With alternative new fuels you will have a much wider variety of densities and viscosities to deal with,” he says.

“There will be less heating, of course, but you will have different densities, and you will therefore not be able to just set your equipment statically and then forget about it, as we have been doing for the past 20 years. Instead, you will need to have automated systems that will be able to adapt to instantaneous conditions.

“An automated fuel conditioning system will understand and react to what is best for your engine when using alternative fuels.”

To meet green fuel demand, Alfa Laval is embracing new fuel lines concepts and has recently tested a new fuel conditioning system for methanol. It has also developed a fuel conditioning line specifically for liquefied petroleum gas, and has begun working on a spin-off for ammonia fuels in preparation for the fuel of the future, whatever that may turn out to be.

FIND OUT MORE
To explore this topic further, please join the Marine Fuels and Emissions SIG at www.imarest.org/sigs

This article was originally published in Marine Professional March/April 2020

Tweet
More in this category: « Explorers dive to the deepest point in the Red Sea for first time ABB's new megawatt fuel cells 'will power ocean-going vessels' »
back to top