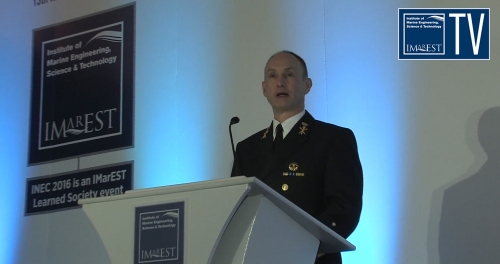 After completing his naval officers’ training at the Royal Naval College (KIM), Arie Jan de Waard became an officer in 1985. During his career, he fulfilled several positions in the Royal Netherlands Navy; his last operational assignment was Marine Engineering Officer on board HNMS Van Nes. He studied at the University of Twente where he obtained his engineering degree in May 1990. His graduation assignment concerned the evaluation of a computerised equipment management system at the national shipyard (Rijkswerf) in Den Helder. In January 1999 he obtained his PhD degree at the University of Twente with a dissertation entitled Re-engineering non-flow large scale maintenance organisations. Since January 2008, he has held the position of Flag Officer Marine Engineering. He was appointed Director Defence Materiel Organisation and promoted to Vice Admiral in December 2015.