Prompted by an increasing number of grounding incidents, UK and Danish authorities have just published a major report that raises serious questions about the shipping industry’s fundamental approach to electronic navigation.

New research by UK and Danish maritime authorities has set out findings that describe how the shipping industry has begun to routinely fail in its use and management of an essential piece of navigational information technology – ECDIS (Electronic Chart Display and Information System).

ECDIS allows crews to accurately map out their voyages on screen, and, in theory at least, minimise risks – primarily grounding – along a ship’s passage. Navigators who use ECDIS are required to take specialist training to acquire necessary levels of knowledge and competence and become certificated.

Notable incidents include the chemical tanker Ovit, which ran aground in the Dover Strait in September 2013 due to what an MAIB report described brusquely as “a clear example of ECDIS incompetence by deck officers”; the bulk carrier Muros, which ran aground on the east coast of the UK in December 2016 after ECDIS procedural safeguards were “overlooked, disabled and ignored” (we reported on this in Marine Professional, Troublespot December 2017); and, more recently, the general cargo vessel Kaami, which was declared a constructive total loss and scrapped after it ran aground in a storm in the Scottish Hebrides in March 2020 due to “ECDIS misuse”.

While the report makes no specific safety recommendations, the MAIB/DMAIB hope it will “act as a catalyst for change” within the industry, urging, as it does, improved future ECDIS design, training, and performance.

“Improvements can be made at every level,” says the report, “from the agile setting of performance standards, through human-centred design to ensure users interface effectively with complex technological systems, down to operator training and the setting of procedures and best practice.”

The report’s findings are based on interviews carried out with 155 professional ECDIS users and data gathered between February and July 2018 during sea voyages in European waters on 31 ships of various types.

“Investigation of groundings have repeatedly shown that where ECDIS was the primary means of navigation it was not being used to its full potential,” points out a joint statement by Andrew Moll, MAIB’s chief inspector, and Oessur Hilduberg, head of the DMAIB.

“There was a significant mismatch between the intention of the performance standards and design, and the way watchkeepers were using the system.

“Unsurprisingly, the study found a wide spectrum of ECDIS integration and usage, and users were unanimous that ECDIS’ real-time positioning is a major contributor to safe navigation. However, thereafter the picture was bleak.

“Despite being in service for two decades ECDIS could, at best, be described as being in its implementation phase. Specifically, most of the automated functions designed to alert the watchkeeper to impending dangers were not easy to use and lacked the granularity for navigation in pilotage waters.

“The consequent high false alarm rate eroded confidence in the automated warning, and most operators disabled the alarms or ignored alerts.

“To be an effective tool for safe navigation, ECDIS needs a high degree of operator input but many watchkeepers appeared to have limited understanding of the systems they were using, and in the main only used them to the extent they felt necessary.”

The report also goes on to urge caution in the development and use of autonomous shipping in the near future. “Current system shortcomings, compounded by limited bathymetry data, make safe navigation challenging and do not augur well for future automation of the navigation function,” it warns. 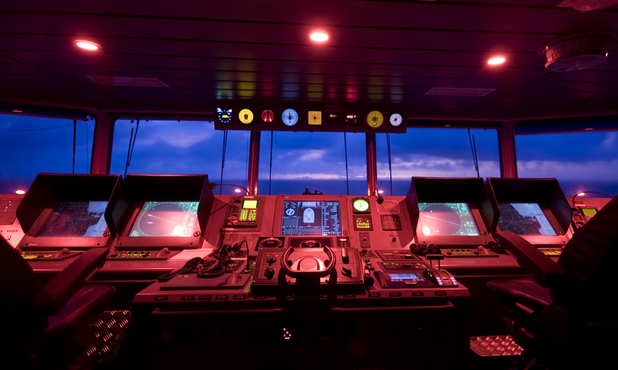 David Appleton, technical officer at the maritime trade union Nautilus, believes the report highlights an urgent need for the industry to modernise its training: “'It goes without saying that cadets need to be taught traditional methods which they can use as back up in the event something goes wrong,” he says. “However, we currently have a situation where cadets will spend weeks on traditional techniques and then have just a week-long ECDIS course tagged at the end of their training.

“We need to look at the emphasis to ensure that seafarers are adequately trained in the equipment they will use every single day of their careers.”

The report concludes that while ECDIS does contribute to safe navigation, the challenges that have accompanied its introduction remain problematic.

Some of these, it says, stem from the system’s automation not always working efficiently due either to the lack of bathymetric fidelity (i.e. the provision of depth contours in the same manner as provided on paper charts) and/or human-centred design not being considered.

The report’s findings also point to deep-rooted, structural flaws in the way that new navigation technologies are implemented – flaws that hinder system development and the evolution of new ways of working.

Addressing such key issues, the report predicts, will challenge traditional thinking and structures, and require international liaison and agreement.

The DMAIB and MAIB will now present and discuss the study with other marine accident investigation agencies to share the findings, in order to, hopefully, they say, improve how accidents involving interaction between users and complex technological systems, such as ECDIS, are investigated.

Tweet
Published in The long read
Tagged under
More in this category: « Shipping risks under scrutiny
back to top