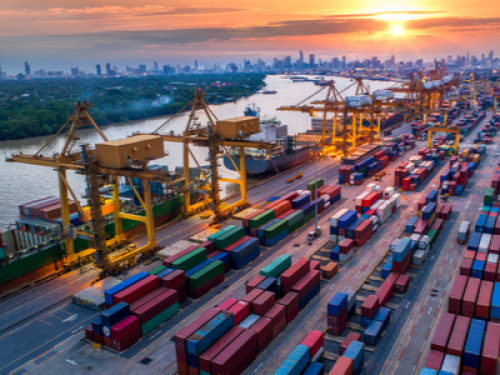 What’s behind the rise in shipping’s contribution to greenhouse gas emissions – and what can be done about it? We ask industry experts for their views.

IMO’s Fourth Study into Greenhouse Gases published in August, showed the scale of the challenge for shipping’s contribution to greenhouse gas emissions (GHG).

At a time when urgent action on climate change is needed, emissions from shipping have increased.

Particularly striking were increases in short-lived climate super-pollutants. Black carbon has risen by 12%, and there is a 150% increase in methane emissions, likely due to a surge in the number of ships fuelled by LNG (liquefied natural gas) and methane slip – small amounts of unburnt methane that have escaped the combustion process.

Bev MacKenzie, IMarEST Policy Director, says the report findings paint a worrying picture: “Despite all the rhetoric about cleaning up its act, it seems the shipping industry has entered reverse gear as far as actual GHG emissions are concerned.

“From wildfires in California to melting tundra in Siberia, from sinking Pacific islands to ocean acidification, global warming is already having devastating impacts on the planet and on people and all industries need to escalate their efforts to reduce their emissions with renewed urgency.”

"We need a clear transition to alternative fuels" 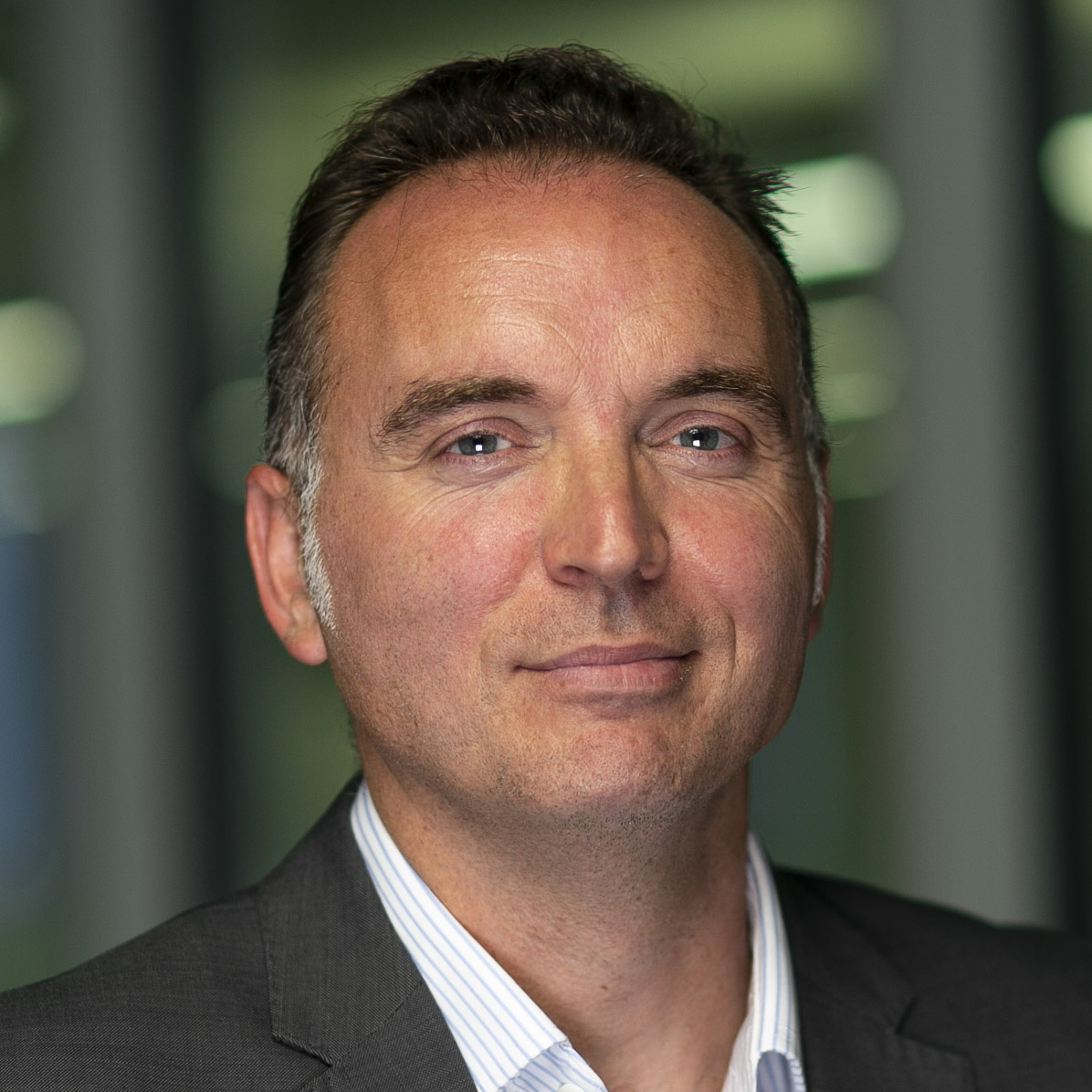 It is not so much that the shipping industry has reversed in terms of its desire to reduce emissions, it is more that despite the good intentions emissions have continued to rise on the same trajectory.

Maritime transport has increased year on year, and although efforts have been made with increased fuel efficiency, digitisation and alternative fuels, the latest IMO report demonstrates that not enough is being done.

I expect this will be a wake-up call for many shipping companies.

The simple fact is that unless significant investment is made and a clear transition to alternative low-emission or zero-emission fuels agreed, it will not be possible to meet the targets set by the IMO.

As with most industries, the greatest way to affect change is to create the business case to incentivise that change. As we grapple with GHG emissions and the effects of climate change, carbon accounting is getting an increased amount of attention. The maritime industry should now be adopting carbon accounting systems for GHG emissions. By measuring ship emissions, organisations can use the data to improve supply chain efficiency, generate value from their emissions strategies and possibly create the opportunity for carbon neutral shipping.

Greater accountability needs to be taken by maritime shipping companies and international ports to provide the infrastructure to reduce, if not fully eliminate, GHG emissions from maritime shipping. Technologies are there ready to be deployed, alternative fuels have been discussed.

The time for discussion is over, action is now required. When all is said and done, let’s get more done than said... 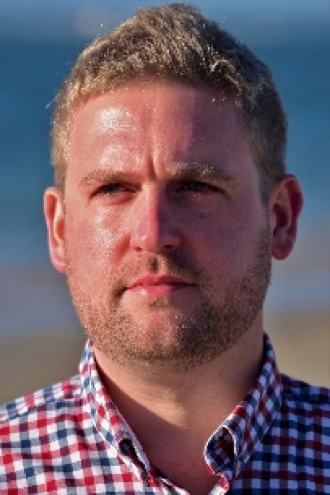 At the fleet level, little progress has been made since 2015 and trade demand continues to outstrip improvements in technical and operational efficiency.

The majority of carbon-intensity reductions achieved since 2008 are considered to have been delivered before 2012 and in response to economic conditions which have sustained a reduction in speed. EEDI has influenced some change, but generally this is limited to an increase in deadweight for new ships with no significant impact at fleet level.

The IMO study finds that, on average, the global fleet is operating at 40%-55% of main engine load, but that individual ships are operating with substantial variability in key determinants of carbon intensity. As such, there is scope for measures which influence operational behaviours to ensure that all ships achieve in-service carbon intensity performance which matches the best performing ships of the same type.

On the other hand, measures focused on simply locking-in already delivered carbon-intensity reductions offer little in terms of an effective regulatory response.

An interesting question is whether the current fleet-level trend in main engine loads translates into a need to increase the use of sustainable alternative low-carbon energy carriers earlier than previously thought.

Currently, we do not tend to think of alternative low-carbon energy carriers in the context of IMO’s ambition for 2030. We might need to.

As carbon-intensity continues to rise, so too do CO2 emissions. The forecast growth in those emissions has been refined, and the scale of potential future growth has been moderated to represent 90% to 130% of CO2 emissions in 2008, rather than the 50%-250% found in the 3rd IMO GHG Study.

However, none of the forecasts are compatible with the initial IMO Strategy, or the Paris Agreement temperature goals.

If international shipping is not to go into reverse gear, then the work to deliver on the initial IMO Strategy needs to keep pace with what the data is saying about carbon intensity and tank-to-wake GHG emissions and bring forward work on the latter.

Despite this year's difficulties with COVID, which we recognise have had a significant and immediate impact on seafarers and the industry, the fundamentals behind decarbonisation – energy security and sustainable development – remain unchanged and we are seeing governments and the European Union looking to redirect public and private investment to support green recoveries.

If done right, and harnessing the momentum coming from within the industry, there could be an upside for the decarbonisation of shipping.

Even though this period covers Energy Efficiency Design Index (EEDI) regulation, the fleet showed modest ‘technical’ efficiency improvement, with most ship types improving 3% or less. The exception being the larger container ships which saw some significant design changes.

Absolute GHG emissions are what matter to temperature rise; these are not on track for a 40% reduction by 2030.

The IMO urgently needs to reconsider what a proportionate absolute reduction in GHG emissions by 2030 is, what state of preparedness it needs the global fleet to be at by 2030, and build this into regulation that can implement immediate and rapid carbon intensity and GHG reduction.

"We need to regulate methane"

It is, of course, important to acknowledge that many shipping companies are investing heavily in innovative technology to tackle GHG emissions.

With 560 vessels carrying 21 million TEU annually, MSC, for one, has just announced it is trialling a broad range of alternative fuels and technologies including 30 per cent biofuel blends, while classification society ClassNK has started developing a new ship-based CO2 capture system in a joint project with Mitsubishi Shipbuilding.

LNG has been promoted as a cleaner and greener fuel and when used effectively this is true. However, on a crucial note, the International Council on Clean Transportation believes the IMO study highlights a need to include methane, with its much stronger global warming potential than CO2, in future phases of the IMO’s Energy Efficiency Design Index (EEDI) regulations.

There is clearly much more to be done.

Read the IMarEST response to the IMO report.

Fourth IMO GHG Study (document MEPC 75/7/1)5) can be downloaded via the IMODOCS website.

Tweet
Published in The long read
Tagged under
More in this category: « Earth’s final frontier: the race to map the world’s ocean floor NavyX turbocharges Royal Navy capabilities »
back to top