Life aboard HMS Intrepid during the Falklands conflict 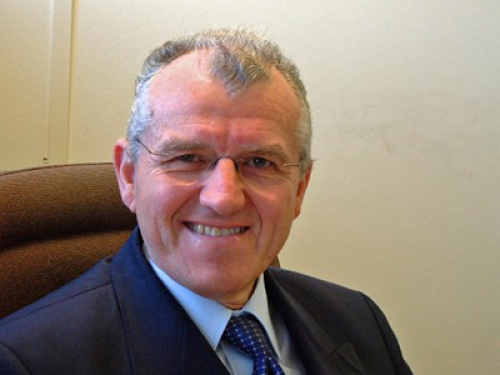 In April 1982, Argentina invaded the Falkland Islands in its dispute with the UK over sovereignty. Lieutenant Edward Perry was aboard HMS Intrepid as part of the UK task force sent to regain its South Atlantic territory.

April 1982 and long-simmering hostilities broke out between the UK and Argentina over the Falklands Islands, a UK territory since 1833.

As a Royal Naval Officer, Lieutenant Edward John Perry was appointed to the landing ship, HMS Intrepid, which was described “as the last ship to arrive, the last piece of the jigsaw, and all the invasion timings depended on her.”

On arrival, Lieutenant Perry became the Engineer Officer for the Sixth Assault Squadron, Royal Marines. Here, he tells of his experiences and the demands placed on him and his team at the centre of the conflict almost 40 years ago.

HMS Intrepid had been in service since 1967. By 1982 she was decommissioned for sale, but the Argentine invasion prompted her immediate recall. The returning crew were tasked with reinvigorating this urgently-needed asset to extend its service life.

At 12,000 tons, Intrepid’s main armament consisted of four 100-ton landing craft capable of transporting stores, vehicles, ammunition and troops. The craft were contained within the ship’s dock which, when flooded, raised the ship’s displacement to 17,000 tons.

With two Babcock and Wilcox diesel fired boilers and two English Electric steam turbines driving contra-rotating propellers, the ship was capable of speeds in excess of 20 kts and a range of 5,000 nmi.

The returning crew consisted of 500 men, including a detachment of Royal Marines. Normally, the vessel could carry 400-700 additional personnel for short periods but, for the invasion on 21 May 1982, the ship conveyed 1,500 troops to the Falkland Islands.

Cramped conditions aboard made life difficult. Passageways were full with troops, equipment, weapons and ammunition. Galleys were working around the clock; weapon systems were at immediate readiness and the ship remained at action stations for long periods. With the attack on HMS Sheffield on 4 May, the threat from Argentinian aircraft, and submarines, was well understood by all. 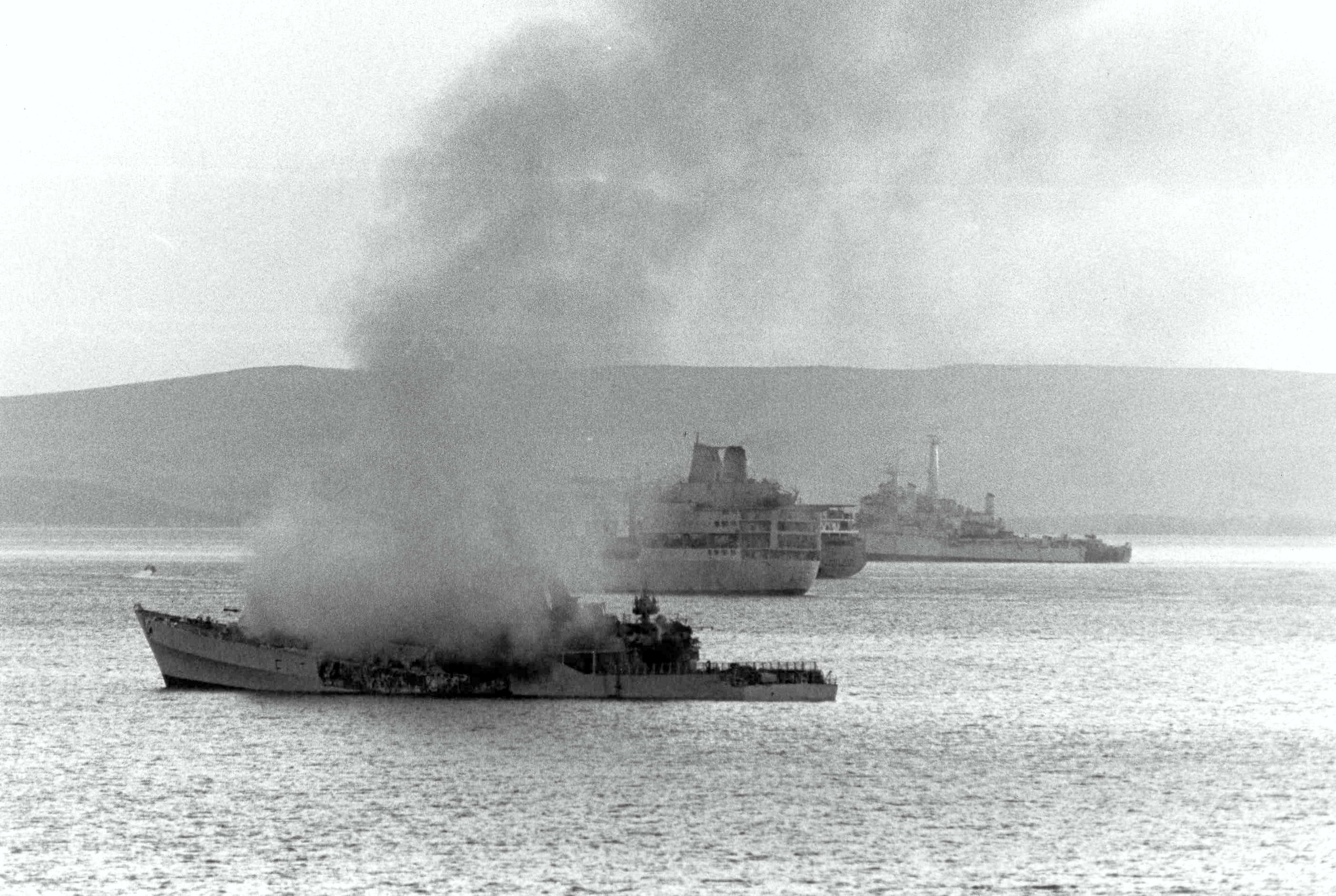 HMS Ardent on fire, with HMS Intrepid in the background

It was easy to differentiate between ship’s crew and those going ashore. Land-bound troops were fully equipped to fight; crew members were dressed in working rig; carried lifejackets; ante-gas respirators and wore ante-flash hoods and gloves. The latter offered protection from explosion and fire.

The landing of Intrepid’s troops was unopposed but Argentina’s response was swift. By the end of the first day on 21 May, its aircraft had inflicted significant damage to British warships, the worst being to HMS Ardent. Devastated by bombing, with several major fires, she was abandoned and sank. Her crew transferred to P&O’s liner Canberra, a STUFT ship.

Wet, cold and hungry, special forces returned to the ship’s warmth for hot food, a change of clothes and a brief rest. However, their stay onboard was short, as there was much to do ashore.

By the end of the first week everyone was tired. On our first day in San Carlos Water we remained at action for over 20 hours and similar timescales continued throughout the week. Many ships suffered damage, inflicted by incoming aircraft. This could have been more severe, had it not been for the Sea Harrier Combat Air Patrols from carriers Hermes and Invincible. Even so, by the end of the first week, two more warships, HMS Antelope and HMS Coventry, had been lost. 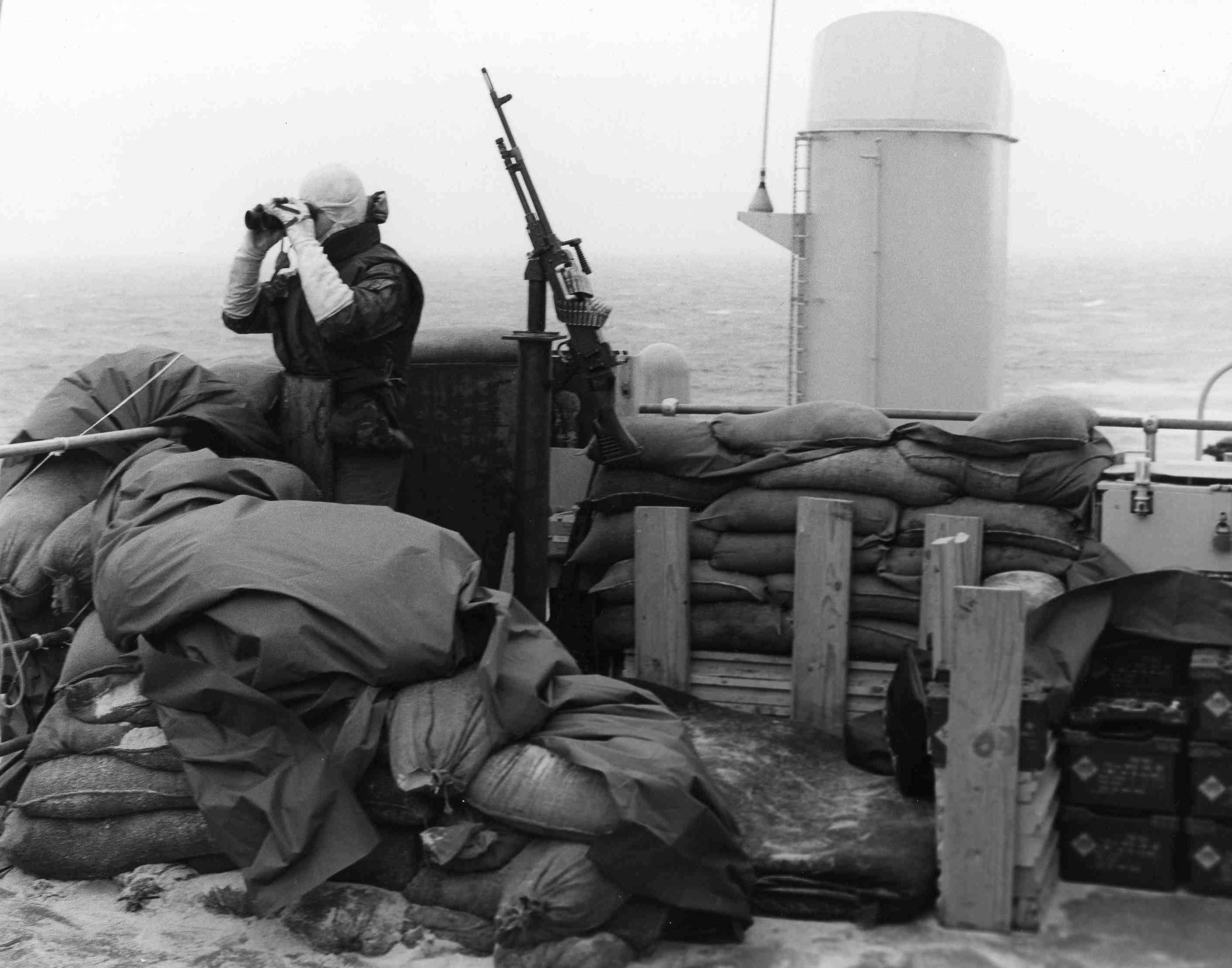 A gun emplacement aboard ship

As the battles progressed, Argentine aircraft focused their activities ashore around the capital, Port Stanley with Intrepid’s landing craft delivering and recovering personnel at points around the islands.

Daily, when an opportunity arose, I would check how my team, and the landing craft, were faring. Opportunities like this were rare, as my time at action was spent in the ship’s damage control centre.

The end came on 14 June 1982 with the successful recapture of Port Stanley, and the Argentinian surrender. Afterwards, Intrepid visited several of the archipelago’s islands, repatriating prisoners and supporting the Falkland islanders.

Finally, on 26 June, we sailed for home. From a South Atlantic winter to summer in the United Kingdom, everyone was looking forward to the journey.

Heading home to Portsmouth over the next few weeks, we passed warships steaming south on the way to relieve ships still there.

We remember, of course, all those who did not live to return home.

Eddy Perry is a Fellow of IMarEST. He is writing a book on his experiences in the Falklands.

Complement: 550 personnel, including a Detachment of Royal Marines

Tweet
Published in On the radar
More in this category: « Oil spills damaging our most vulnerable environments Did the cruise industry restart too soon? »
back to top