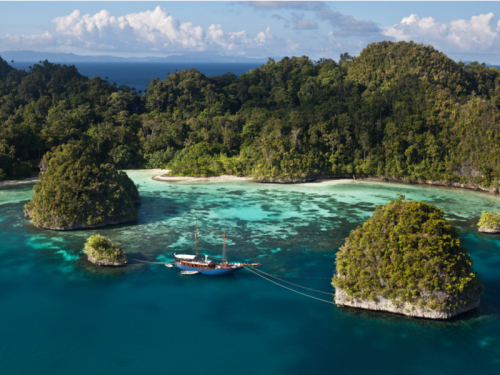 With oceans under stress as never before, news that Australia is to create two huge new marine parks, marine protected areas (MPAs) twice the size of the Great Barrier Reef Marine Park, has been welcomed by conservationists.

Located around Christmas Island and the Cocos (Keeling) Islands in the Indian Ocean to the far northwest of continental Australia, the marine parks will be vast, at 740,000 square kilometers (286,000 square miles). They will increase the protected share of Australia’s oceans from 37 per cent to 45 per cent.

“Christmas and Cocos (Keeling) Islands are uniquely Australian and globally significant – there’s nowhere like them on Earth,” said Michelle Grady, Director of The Pew Charitable Trusts, in a statement published in Mongabay news.

Christmas Island, of course, is famed for its annual red crab migration as well as its thriving rainforests, deserted beaches and protective reef providing a haven for marine life.

The move reinforces Australia’s reputation for taking action to protect its ocean zones. In 2020, the country ranked equal top in the global rankings published by the Yale Center for Environmental Law & Policy.

Governments establish MPAs to help protect marine ecosystems under stress from human activity such as overfishing or drilling, or to protect archaeological sites and shipwrecks. An MPA can be defined by a range of rules and how they are managed varies depending on the area.

At one end of the spectrum, restrictive MPAs prohibit any human activity. Others might set limits on how many fish can be taken, or what kind of recreational activity can take place. However, MPAs are not a simple panacea.

According to National Geographic, MPAs are “limited in their ability to protect marine ecosystems and other sea resources. Only about one per cent of the world’s oceans are protected. In many cases, MPAs are not effectively managed. The areas are also under pressure from commercial fishing interests and others who want to use the waters in ways that violate MPA rules. Raising awareness of the long-term benefits of marine protection may help ease tensions and improve MPA management in the future.”

Recent research in Scientific Reports, highlighted by the University of California, Santa Barbara, might at least allay some of the tensions around fishing.

“The key question is what is the net effect of the reserves on the fishery?" noted lead author Lenihan, a fisheries ecologist, in Scientific Reports. "If you take away a certain amount of territory, do you make up for it by this increase in catch through spillover?”

The team compared lobster populations and catch records from waters off the coast of California at five protected sites from 2012 through 2018.

The number and overall size of lobsters increased in and around the marine reserves once fishing was prohibited, suggesting that lobsters were proliferating inside the reserves and spilling out into surrounding areas.

They also found that annual lobster landings more than doubled in the fishing block with the two MPAs despite the 35% reduction in fishing area in that block. The annual catch in blocks without MPAs remained relatively unchanged.

"This study is one of the first to quantify and document that the establishment of marine reserve actually enhanced catch despite reducing the area that fishermen could actually fish," said Reed.

Tweet
Published in On the radar
Tagged under
More in this category: « Special measures: We need to be alert to shipping security The innovations behind the turbocharged diesel engine »
back to top