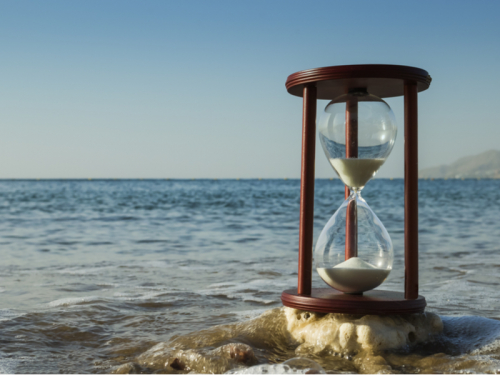 With crews facing increasingly tight scheduling constraints to reach their destinations and complete their turn-around tasks as quickly as possible, is it time to take a fresh look at how commercial imperatives may be clashing with safe working practices?

When the Herald of Free Enterprise capsized in heavy weather shortly after leaving the Belgian port of Zeebrugge in 1987 – resulting in the deaths of 193 passengers and crew – the accident investigation report found that the car ferry’s owner, Townsend Thoresen, had instilled a company-wide “sense of urgency to always sail at the earliest possible moment”.

It cited a now ominous, internal memo sent to crew by their operations manager just six months before, which said: “Where a full load is present, every effort has to be made to sail the ship 15 minutes earlier. I expect to read from now onwards that the ship left 15 minutes early. Put pressure on the first officer if you don’t think he is moving fast enough. Have your load ready when the vessel is in and marshal your staff to work efficiently. Let’s put the record straight – sailing late out of Zeebrugge isn’t on. It’s 15 minutes early for us.”

Time pressure is, of course, an inevitable challenge within most industries, but in the maritime sector it can – when not properly monitored or addressed – lead to injury, death and even environmental disaster: we need look no further than the sinking of the oil tanker SS Torrey Canyon – which broke up off the coast of Cornwall, England, in 1967 – when its master ran the ship aground while trying to take a shortcut, in unfamiliar waters, to save time getting to Milford Haven.

Navigating under excessive time pressure can cause a vessel to steam at greater speed than is safe, reduce the time its crew have to react to unexpected events, and undermine vital maintenance operations and checks that might be rushed or missed.

And while excessive time pressure put on crews has been behind many serious incidents, accident investigations reports tend to neither highlight it nor single it out.

A notable exception came last year, when the UK ‘s Marine Accident Investigation Branch determined that organisational time pressures contributed to an accident in which two seafarers were seriously injured, one with a head trauma, as they loaded a cargo of wind turbine towers in the Scottish port of Campbeltown in March 2019.

A recent survey by the international ship management trade association InterManager found that many seafarers feel dangerous timeframes are imposed on them for hazardous tasks, and that unrealistically tight timeframes for turnaround duties are akin to “bullying on an industrial scale”. It notes that seafarers want ship managers to protect them from unrealistic commercial time pressures, which, they feel, lead to fatigue, poor decision-making, and even catastrophic human error.

The InterManager survey has resulted in the Human Element Industry Group (HEIG) – a group of professional, industry and sector NGOs created to promote the human element in the maritime industry – including the concept of time pressure in a new project it has initiated to reduce enclosed space deaths aboard vessels.

“Ships and ports are high cost assets, and their owners wish to maximise their return on investment,” explained Martin Shaw, FIMarEST and chair of IMarEST’s Human Element Working Group.

“Demurrage and ‘off hire’ costs encourage owners and ports to minimise port time, and in a series of intense port turnarounds, possibly involving long approaches in restricted waters, those aboard can become fatigued.

The port of Oakland, the fifth busiest in the United States (Credit: Shutterstock)

“The crew may also have a bonus structure that emphasises ‘up time’ which may give a hidden message that the real message is to always keep going.

“When an accident happens and is investigated, the bonus structure and the potential for conflicts with procedures may not be considered relevant.

“Contracts that encourage arrival at an anchorage at midnight may also interrupt the crew’s rest and result in fatigue.

“There is a goal conflict between being on time and not using too much fuel to arrive early which may result in day-work staff still being on ‘stand by’ late at night and then being up early to berth the ship.

“Changing to 1200hrs lay-days could result in staff being better rested.”

The increasing prevalence of excessive time pressures put on today’s crews, raises a number of urgent questions – not least of which are:

It’s understandable that, from the shipowner’s point of view, expensive maritime capital assets need to be run hard to generate a return on investment, but pressure appears to be increasing to service ever more demanding customers who, in turn, demand ever greater ‘efficiency’ from their supply chains to reduce their own stockholding costs. And, with world trade now increasingly dependent on cheap, just-in-time freight, international supply chains are becoming increasingly vulnerable.

There is nothing wrong with ‘efficiency’ if you design appropriate hardware and processes, and ensure you have a well-trained crew.

The problems begin when ships and crew are put under time pressure without being given the proper resources and capacity to handle their operations safely.

Martin Shaw, FIMarEST and chair of IMarEST’s Human Element Working Group will be presenting a session on time pressures at the IMarEST Annual Conference 2021.

Tweet
Published in The long read
Tagged under
More in this category: « Nanggala sinking: Sub standards and undersea risks Learning about maritime’s brave new world »
back to top