Polluter to net zero: How to decarbonise shipping Featured 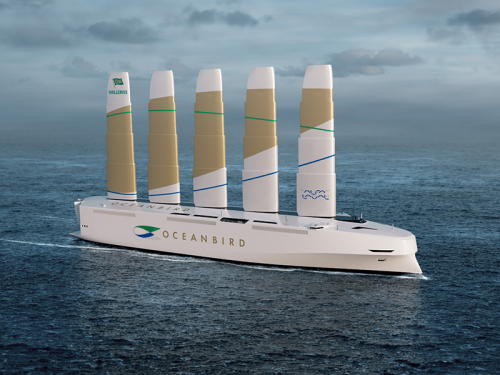 How can an industry considered a major polluter become net zero – and what innovations are big shipping adopting to get there, fast.

If shipping were a country, it would be the world’s sixth largest emitter. But shipping is not: it is a finely-tuned transportation machine for people and cargo.

A popular practice is to compare CO2 emissions from the world’s largest cargo vessels to that of cars. The implications are certainly concerning; but the catastrophic effect of transporting 20,000TEU of cargo from China to Europe in 50 million family cars is, of course, not discussed.

In fact, one of the quickest ways to decarbonise would be to move more cargo onto ships. A very large container ship emits less than 5% of the CO2 that a truck does on a tonne-km basis; 80% of global cargo is carried by ship, yet truck freight accounts for nearly three times ship emissions. Electrified trains ultimately win out in this equation.

Despite this, in Europe for one, transcontinental trucking goes from strength to strength, as does air freight, which according to IATA, carries less than 1% of global trade, and generates 2% of global CO2 emissions (this “compares favourably,” with maritime shipping’s 4% contribution, IATA claims.)

Coverage in the media likewise seldom compares cargo vessels with other transport modes. Yet a discussion of the merits of moving production of laptops and trainers away from China and Indonesia closer to their European and US buyers is all too rare.

Unfortunately, the maritime industry itself is not immune to false equivalencies either. Recently, damning reports showed that the argument for using LNG in place of heavy fuel oil is a poor carbon reduction measure, given that methane slip from LNG-fuelled vessels emits a gas that is 30 times more harmful than CO2.

The maritime industry must act, and the IMO has set stringent targets, which, if met, will cut CO2 emissions from the sector in half by 2050. But as the erroneous comparisons above demonstrate, the solution must be a holistic one.

For example, Goodfuels recently demonstrated that it is possible to refine drop-in replacements for heavy fuel oil, meaning that the sector could decarbonise tomorrow if sufficient fuel was available and affordable. But expecting shipping to bear this cost burden alone would push up freight rates to the point where more polluting transport modes becomes cheaper – and a better option.

The sail has a long history in maritime, and the end of that history was fairly recent. In the 1980s, during the Suez Crisis, the Japan Marine Machinery Development Association devised the ‘JAMDA’ canvas sail, which managed to produce fuel savings of 30% for ships operating in the Sea of Japan.

Alone, this is not enough to achieve the 70% per-vessel CO2 saving mandated by IMO. But it may be, under certain conditions.

Wallenius has designed a car-carrier, Oceanbird, for operating in the North Atlantic, where wind speeds are exceptionally high. By increasing the height of the sails to 80m, or about 30m taller than those on a 100-gun ship-of-the-line, it believes that its concept can make a staggering 90% reduction in CO2 emissions.

Oceanbird will operate in the high winds of the North Atlantic

It is harnessing the Atlantic wind to carry 7,000 cars in the cargo hold during the 12-day journey.

In June, Wallenius formed a joint venture with fellow Swedish company Alfa Laval, AlfaWall Oceanbird, to bring the concept to fruition on other vessel types.

Big shipping gets behind electro-fuels

Methanol and ammonia are ‘electro-fuels’ – that is, they are usefully understood more in terms of energy-carriers, fluid batteries, than fuels in the traditional sense.

Maersk, along with a consortium including DFDS, Copenhagen Airports, the airline SAS, logistics company DSV Panalpina, and Orsted, is throwing its considerable weight behind methanol.

E-methanol would emit CO2 on a tank-to-wake basis, although it avoids sulphur and particulate matter. Crucially, it is liquid at room temperature, no more toxic than diesel, and easier to store than ammonia or hydrogen.

Manufactured by combining energy from wind energy and carbon capture (CCS) from shoreside fossil-fuel powerplants, it would allow Maersk to run its vessels in a carbon-neutral – if not carbon-free – way, exceeding IMO targets.

“Our ambition to have a carbon neutral fleet by 2050 was a ‘moon-shot’ when we announced in 2018,” said Søren Skou, CEO, A.P. Moller-Maersk, in February. “Today we see it as a challenging, yet achievable target.”

Ammonia, meanwhile, must be cooled to -30⁰C, making it more practical than hydrogen or LNG in terms of storage. Wärtsilä is developing engines for operating on ammonia, as well as a possible retrofit package for existing engines which would allow them to burn it.

“Older engines will be able to be retrofitted for using, at least, partly ammonia, and future engines will be developed as ammonia engines,” Kaj Portin, Wärtsilä Finland Oy Program Manager, told Marine Professional. “Already by blending ammonia with LNG or diesel in a multifuel engine, there can be rather major CO2 reductions achieved.

“Materials and safety systems need to be looked at and taken care of. The combustion process in the engine needs to be optimised for ammonia operation. Emissions like NOx and N2O [known as “laughing gas”] must be taken care of. Toxic leakage of ammonia must be mitigated.” 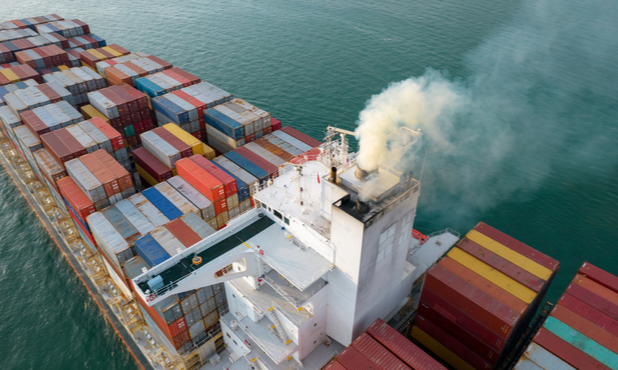 One solution would do more than just wipe out ships’ contribution to global warming. Recently, CMA CGM partnered with French firms EveRé, a wastewater treatment company, TotalEnergies, and Elengy, to study the feasibility of powering its ships using bio-LNG.

“The project fits perfectly into the local ecosystem, benefiting from the particularly well-suited and already-existing infrastructure at the Grand Port Maritime, including EveRés waste methanization unit, Elengy’s LNG terminals, which will be used for the storage of the bio-LNG, TotalEnergies’ bunker vessel, which will be located at the port as of January 2022, and CMA CGM’s fleet of LNG-powered vessels,” said CMA CGM.

Bio-gas is emitted by bacteria as they break down biomass, and landfills are an everyday source of methane emissions. But there is a way to harness this as fuel; building plants to sequester, purify, and ‘upgrade’ bio-gas into bio-LNG would create a like-for-like replacement for LNG that offsets consumption of fossil LNG.

Being carbon-neutral is one thing; but methane traps 86 times as much of the sun’s heat as the equivalent amount of CO2 in the 20 years after it is emitted. This means that, by switching to bio-LNG, a ship can reduce its greenhouse gas contribution by 8700 per cent – or, on a 100-year timescale, 3100 per cent – outstripping even the most fanciful emissions targets.

Perversely, running bio-LNG, tuning the engine to maximise speed and fuel burn, and minimise fuel-efficiency, would be actively advantageous for the environment.

But despite this promise, there is a risk that certain fuels like e-methanol and bio-LNG will be eschewed thanks to their CO2 emissions, which in purely tank-to-wake terms are much the same as today’s fossil fuels, despite ultimately being carbon neutral, and more practical alternatives to hydrogen.

If true progress is to be made, then, the maritime industry will have to dig deep and examine the whole picture. 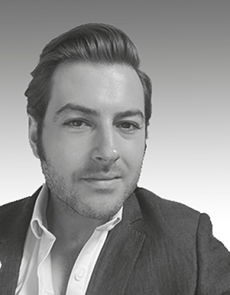 Tweet
Published in The long read
Tagged under
More in this category: « Learning about maritime’s brave new world Shipping risks under scrutiny »
back to top