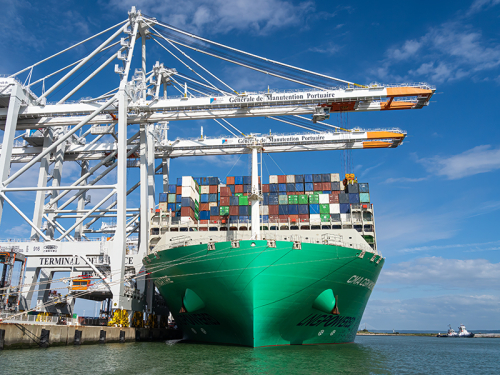 In the middle of this summer’s shocking fires and floods came the grimmest climate science report yet from the UN’s Intergovernmental Panel on Climate Change, warning of a “code red for humanity” as our use of fossil fuels continues to drive up global temperatures. This article is reproduced from the Conversation under a Creative Commons License

To keep below the threshold of 1.5 degrees °C of warming – the goal of the Paris climate agreement – immediate reductions in carbon emissions are needed. One of the sectors doing the most damage is international shipping, the emissions of which are almost equivalent to those of an industrial country like Germany. The International Maritime Organization (IMO), the UN shipping regulator, has put issues surrounding shipping and climate change high on its agenda.

Shipping emissions can be calculated using four principal factors: the weight of products transported, the distance they’re sent, the amount of fuel it takes to move one tonne of products one kilometre, and the amount of carbon released by making and using that fuel – known as the fuel’s carbon-intensity.

The overwhelming focus of political attention is mainly on that last point – which fuel is used, and how carbon intensive it is. But it will be beyond 2030 before low-carbon fuels, like hydrogen or ammonia, grow past a single-digit percentage of all shipping fuel used. This is a problem: if we are to meet the Paris Climate Agreement goals, emissions need to see dramatic reductions in the short term.

That means we need to think about the wide range of other ways to cut shipping emissions in the coming decade. Here are ten areas to look at:

1. Reduce the amount of fuel needed for shipping by transporting less stuff…

In a world of finite resources, we need to think critically about consuming less – for example, whether we need to import containers of garden gnomes from China to the UK, or whether high street clothes retailers should continue to prioritise fast fashion models where clothes are shipped halfway around the world yet only designed to last for several uses.

It’s possible that long distance transport might become less necessary in the future, as the rise of 3D printing could see goods printed locally and on demand. The new generation of shipping fuels could also be produced nearer to where they’re needed, so they only have to be transported by ship over hundreds, rather than thousands of miles.

The faster ships move, the more energy they need. The bottom line is that going slower is one of the most effective and immediate ways to cut ships’ fuel use. This can happen naturally due to high fuel prices but locking in these benefits needs action from the IMO, such as regulation on ship speed limits. 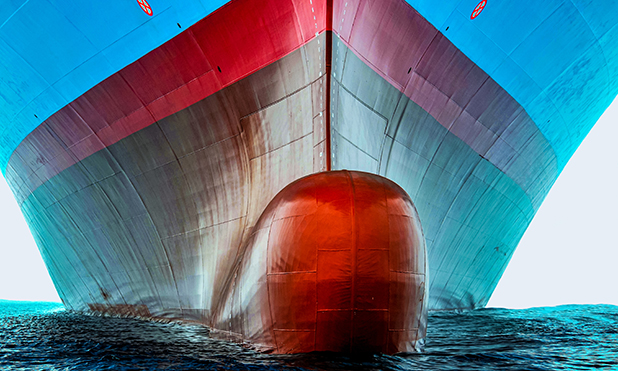 There are multiple ways to retrofit ships so they use less fuel, like adding protruding “bulbous bows” to reduce resistance from waves and upgrading ship propellers and hulls to improve fuel efficiency.

Spinning cylinders called Flettner rotors and huge kite sails are just two technologies that harness the power of the wind to help propel vessels. This can cut fuel consumption by 10%. Coupling this with computer programs that model wind speed and direction allows ships to optimise their routes, saving ships a further 10% of fuel.

Ships can use less fuel when in port by switching off their engines and connecting to local electricity grids instead. This technique, which also reduces air pollution in coastal cities, is called “shore-power”.

Norway, the USA, and China lead in implementing shore-power thanks to government support, but it’s less common in the UK – solutions to this are set out in this Tyndall Manchester research paper. 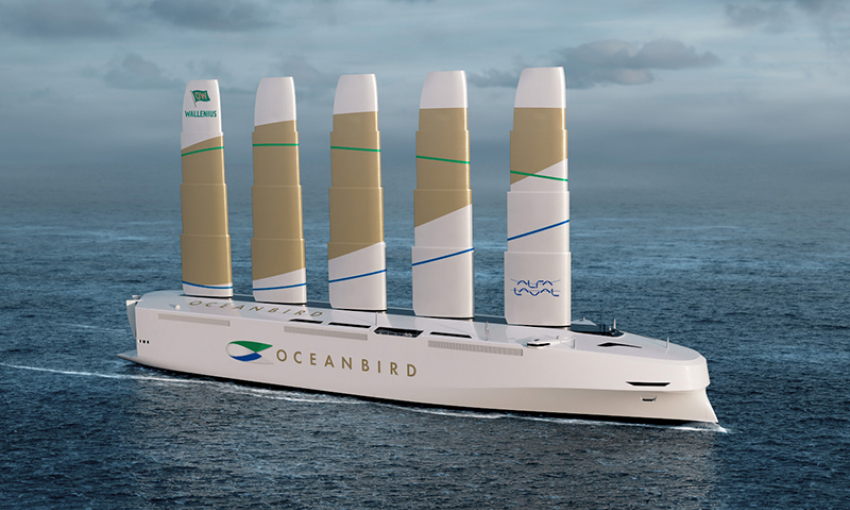 Many alternative fuels produce low levels of carbon dioxide when burned. But the emissions arising from their production need to be properly accounted for, or we’ll just be shifting pollution from one source to another. Hydrogen can, for example, be produced in different ways that lead to very high or very low carbon emissions.

Attempts to cut carbon in the shipping industry tend to flounder because standard marine fuels like diesel are globally untaxed and therefore cheap. It’s time for the IMO to levy charges on carbon pollution, to allow alternative fuels to compete with traditional carbon-based ones. Revenues from this can fund research and development into new fuels, and support developing nations to decarbonise their shipping sectors.

All the above methods need to operate within a clear framework for reducing overall shipping emissions if the sector is to play its part in meeting the goals of the Paris climate agreement. The IMO needs to commit to more stringent climate targets to deliver major reductions in the coming decades. In shipping, as in every sector, we need to use every way we can to cut emissions as fast as possible.

Simon Bullock is a PhD Candidate in Shipping and Climate Change, University of Manchester and a member of the IMarEST. His next article on shipping and COP26, and a new Tyndall piece of research, is due to publish around 8 November on the Conversation.

The Conversation is an independent source of news and views, sourced from the academic and research community and delivered direct to the public.

Tweet
Published in The long read
Tagged under
More in this category: « Navigation: Why ECDIS needs a new approach Can ports be future-proofed to prevent harbour hazards? »
back to top