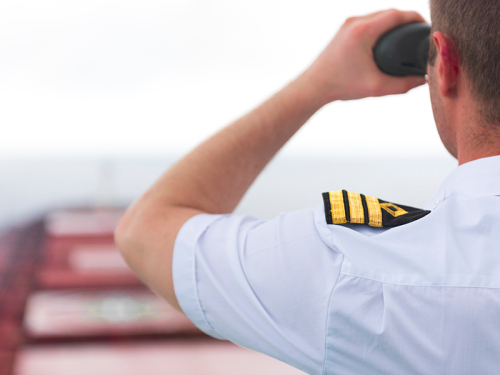 Bridge technology is continuing to develop at a blistering pace – but is it helping or hindering the professional performance of senior officers?

Maritime navigational technology has a long history of profound, often rapid, development. Many senior officers serving in today’s industry will have seen extraordinary changes within the span of their own careers – from pencils and paper charts to instant digital displays of ships’ positions all around the world.

Arguably, the most far-reaching technological advance in navigation, before GPS, came in the eighteenth century when John Harrison developed his revolutionary marine chronometer to solve the problem of reliably calculating longitude at sea – a project prompted by the sinking in 1707 of four Royal Navy ships and the ensuing death of 2,000 sailors when the fleet lost its ‘situational awareness’ amongst the treacherous rocks of the Isles of Scilly.

Yet despite many notable advances in the field, major and fundamental navigational errors do still occur, such as the failure of basic bridge protocols aboard the VLOC Stellar Banner which led to the ship being grounded catastrophically, deemed a total loss, and scuttled in the Atlantic Ocean at a cost of hundreds of millions of dollars.

“When I started sailing, forty years ago, checking your location using multiple sources – such as looking out of the window, using radar and taking bearings off lighthouses – was the first thing we learnt about navigation,” says Captain Simon Pelletier, President of the International Maritime Pilots’ Association (IMPA). “Nowadays, though, I see younger officers relying on ECDIS and nothing else. The fundamentals of navigation haven’t changed – good seamanship means you need to double-check your position using all available means.”

Pelletier played a key role, as part of an expert steering group, in ensuring all the information in the latest edition of the International Chamber of Shipping’s Bridge Procedures Guide is accurate and easy to understand.

“The environment in which bridge teams work is changing rapidly,” he explains, “It’s essential they understand the latest systems and procedures – which is why the Bridge Procedures Guide is such a vital resource.

“Mariners can take it off the shelf in the middle of the ocean, go through a chapter and remind themselves about the fundamentals of the environment they’re working in, such as bridge resource management or the procedures for pilots coming aboard. It’s essential reading for any seafarer.”

Due to be published later this month, the fully revised and updated sixth edition of the Bridge Procedures Guide provides clear guidance on best practice approaches for the safe and effective use of modern technology, while embracing internationally agreed standards and IMO recommendations. 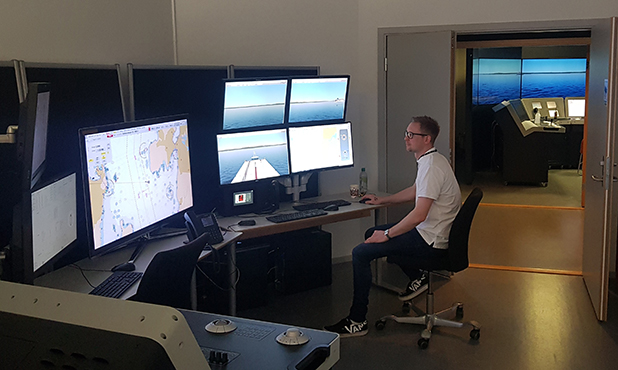 Pelletier’s observations and concerns about an increasing over-reliance on modern technology by today’s bridge officers were reinforced last year by UK and Danish maritime authorities who published a major report questioning the shipping industry’s fundamental approach to electronic navigation.

“We have a generation of seafarers that have grown up trusting what they see on a screen, and without appropriate training they can be lulled into a false sense of security,” adds Captain Andrew Kinsey, marine consultant at insurer Allianz Global. “It’s a serious problem we see in repeated cases. People believe technology makes them safer, but they aren’t allowing for the human element or the need for training to ensure crews actually have a solid background in the fundamentals of navigation and situational awareness.”

To compound the challenge, the goalposts are ever moving as the next great leap in onboard navigation technology has already arrived. AI (artificial intelligence) is now being used by MOL aboard some of its fleet, while Greek shipping firm Latsco Shipping recently installed a new AI-powered avoidance collision system aboard all of its LNG vessels.

“AI is now a key component in our efforts to increase the safety of our fleets,” explains George Margaronis, Latsco Shipping’s CEO. “As seaways become increasingly congested AI navigational capabilities will enable our seafarers to identify risky situations in real-time and help reduce safety events.” 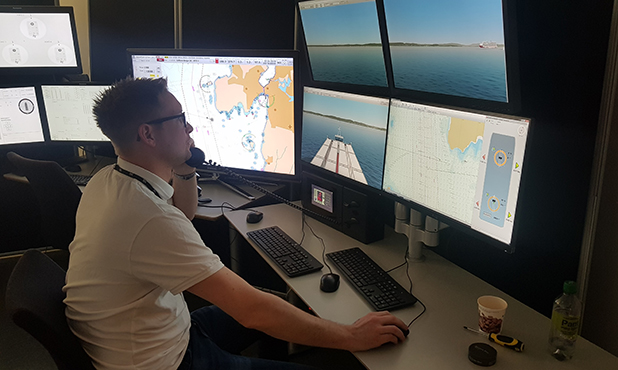 “Making sure shore-based staff are prepared for autonomous and remote-controlled navigation at sea is a big challenge,” explains Torsten Schröder, competence and learning manager at DNV Maritime.

“Trust in the systems and the people managing them will be paramount, which is why we have developed this standard with partners from across the industry. Having a wide range of industry expertise was essential in being able to devise a uniform and controlled approach to the required training, assessment and certification.”

The DNV standard has been developed in collaboration with Kongsberg Maritime, Wilhelmsen, the University of South-Eastern Norway and the Norwegian Maritime Authority. 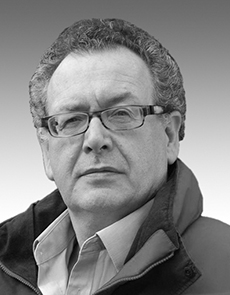 Tweet
Published in The long read
More in this category: « Can ports be future-proofed to prevent harbour hazards?
back to top