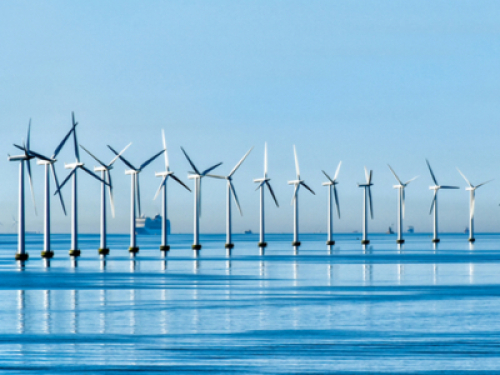 The IMO has thrown the gauntlet down to reduce emissions and it appears the maritime industry is more than up for the challenge and accelerating energy transition to support it.

Energy transition is already playing a significant part of our lives and the maritime industry is no exception.

It has a pivotal role to play in the reduction of greenhouse gas (GHG) emissions, as the UN’s IMO continues to take urgent action to combat climate change and its impacts.

Within the IMO strategy, the agreement is that at least 50% of GHG emissions have to be eliminated from shipping by 2050, based on 2008 emission levels. The gauntlet has been thrown down; and it appears the maritime industry is more than up for the challenge.

In June, I attended the UN Compact Leader Summit, with the event organised on a virtual platform with full access to all the plenary sessions and panel discussions.

Sustainable Development Goals (SDGs) were at the forefront of all the discussions and it was clear to all that accelerating the drive for energy transition in the maritime sector is crucial to achieving net-zero emission targets.

So, how will this be achieved, and what can the marine industry do to support the UN Sustainable Delivery Goals on Climate Action? Which maritime sectors can affect the greatest changes?

There are three areas in particular that I want to focus on, although there are of course so many more.

Marine shipping: Embracing the potential of AI and alternative fuels

AI technologies are revolutionising the way the maritime industry conducts business. By capturing and analysing terabytes of data, AI-solution companies can make predictions that mitigate unplanned maintenance and reduce fuel consumption. Through use of weather forecasting, interpretation of ship performance and navigation systems, optimal routing can be extrapolated.

When executed correctly this can save cost through reduced fuel consumption, which means reduced emissions into the atmosphere.

Zero-emission fuels may feel like the Holy Grail, however these technologies are certainly not science fiction. Hydrogen and ammonia are gathering momentum as optimal future fuels for marine shipping, but significant infrastructure has to be built to create the supply and ship operators need to actively drive the demand.

One recent announcement by a number of leading Danish companies shows a real willingness to embrace the hydrogen economy.

It’s a clear example of decentralising the traditional hydrocarbon fuel supply. If we can create momentum in the design and build of zero-emission propulsion systems and an eco-system that supports the adoption of these fuels, it will be possible to meet the requirements of the IMO strategy.

Offshore renewables has finally come out of the shadows of the oil and gas industry and shown itself as a viable, alternative source of energy.

Fixed offshore wind turbines consisting of mono-pile foundation structures do, however, have one limiting factor – water depth. Considering that some of the largest potential markets, such as Japan and the United States, possess few shallow-water sites suitable for offshore wind development, deeper water applications are essential.

Offshore floating wind has been pioneered in recent years with the Hywind project in Scotland, developing the first commercial floating wind farm for Equinor. The five floating turbines have a capacity of 30MW, enough to power 20,000 homes and is a game changer for the offshore wind industry by allowing economies of scale to be introduced into the offshore wind market.

Tidal, wave and floating solar continue to increase their market share too and, as is the case with energy transition, renewable energy will vary depending on where you are in the world.

The last two years have seen an increased focus on oil and gas companies adopting energy transition strategies. Equinor, as mentioned above, is driving the development of offshore floating wind. This has enabled a traditional oil and gas operator to embrace energy transition through deployment of innovative renewable energy technology. Now that the initial Hywind project is operational, Equinor is scaling up its operations for their next development, Hywind Tampen, an 88MW floating wind park.

The significance of Hywind Tampen is that the power produced will be used to electrify Equinor’s offshore oil and gas platforms at Snorre and Gullfaks in the Norwegian Sea, ensuring hydrocarbons from these facilities are produced with limited GHG emissions.

Energy transition is providing a means by which renewable energy and oil and gas projects can finally work together symbiotically to decarbonise the operation of extracting oil and gas reserves.

Mature oil and gas basins generally have high performing, sophisticated supply chains and a large infrastructure such as platforms, FPSOs as well as subsea pipelines and associated infrastructure.

A significant opportunity for oil and gas operators would be to consider repurposing this infrastructure for the production of renewable energy. This could futureproof certain assets by allowing them to extend their service life and support the generation of clean energy.

In the – eventual – post COVID-19 world where traditional oil and gas is already under scrutiny, operators will be doing more in energy transition and sustainability to meet the demands of their shareholders as well as the Paris Accord.

The role of digital solutions

One thing is sure and that is that the maritime industry has a significant role to play in the reduction of global GHG emissions. However, the marine environment also presents an ideal location to deploy technology to support sustainable energy.

Energy transition will be accelerated by the deployment of digital solutions such as machine learning and artificial intelligence, driving efficiency and reducing energy requirements. By decentralising and decoupling our appetite for traditional marine fuel sources we will drive down emissions from marine transportation and logistics. This will need a new way of looking at ship design and propulsion, introducing hybrid systems to gain additional efficiencies.

We have the tools, the talent and means to achieve this and when we do, we will have a maritime industry which a truly embraced decarbonisation and the energy transition.

John Butler is Director, Energy Transition and Sustainability at Transition Ignition Limited based in Aberdeen, UK.

Tweet
Published in The long read
More in this category: « Review: New Engine Room Procedures Guide Earth’s final frontier: the race to map the world’s ocean floor »
back to top