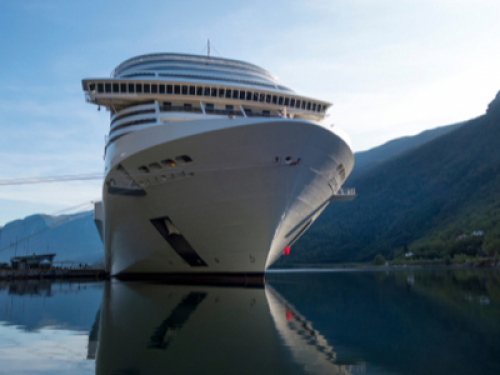 Is it time to consider a radical new approach to cruise ship design?

As we know all too well, the coronavirus pandemic has drastically affected the passenger ship industry. Not just the virus outbreaks, tragic as they were, but in the consequences for the industry and those working in it.

Everything shuddered to a halt, with cruise ships laid up and some retired early. Crews were stranded at sea or in ports for months.

But the cruise ship industry is innovative. Project Hygiea launched to keep COVID-19 off ships. There is a renewed focus on safety at sea, with particular attention to mitigating the transmission of a global virus – social distancing and hygiene, the use of masks, and perhaps most pertinently for marine engineering, elevated standards for HVAC systems to ventilate ships. 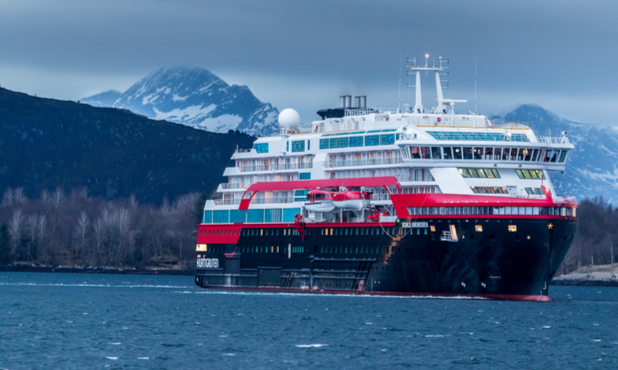 The Roald Amundsen was at the centre of a coronavirus outbreak in the summer (Credit: Shutterstock)

Beyond the pandemic, time for a ship redesign?

But while those health concerns are rightly the focus of attention in 2020, perhaps it is also the right time to revisit our thinking in other ways.

Is it time to redesign our cruise ships so that they are truly fit for the next few decades, and beyond?

Since the introduction of SOLAS, the International Convention for the Safety of Life at Sea, there have been continuous efforts to prescribe the design of ships to make them safer, and provide guidance for mitigating risks associated with fires, floods and eventually evacuation. They deserve a similarly radical and innovative approach.

Fires in galleys and other accommodation can be significant but modern detection and suppression systems in these areas are highly effective, and almost always deployed automatically, limiting potential damage.

Fires in machinery space, however, can result in loss of propulsion, compromising safe navigation and possibly leading to collision or grounding – and lives.

Among the worst in human terms over the past few decades were the SS Norway (2003), with a boiler rupture which left eight dead, and 10 seriously injured; and MS Nordlys (2011) where a fire in  the engine room left two dead and nine injured.

In most modern diesel electric vessels, the ideal solution is to immediately shut down fuel and release a remote extinguishing system into the entire space.

This is rarely a decision taken without serious consideration as it can result in disabling more generating sets, further compromising the vessel. Responses are hindered by the availability of adequate, segregated generating sets, and dangers are influenced by configuration of spaces and levels of redundancy.

With modern navigational aids, serious flooding because of collision or grounding have been significantly mitigated, but the Herald of Free Enterprise sailed with her bow door open and Costa Concordia was driven onto rocks. Meanwhile the South Korean Sewol ferry sinking resulted in a further 304 deaths. 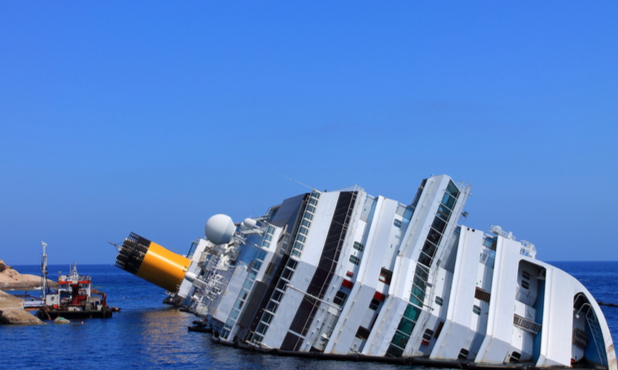 The sunken cruise ship Costa Concordia off the coast of the island of Giglio (Credit: Shutterstock)

While lessons are learned after each disaster and addressed by enhanced procedures and engineering interlocks, we have yet to fully mitigate the ‘human element’ – or human error.

When something goes catastrophically wrong, the main emphasis remains on lifeboats even now, yet it is a solution with a long, but not always happy history.

The prescriptive installation of lifeboats was a direct result of the Titanic, but the reality is they are often seen by experienced seagoing officers and crew as unreliable at best and dangerous at worst. Those in command are often reluctant to launch them as lifeboats are ostensibly designed for situations when the ship must be abandoned.

The IMO Life Saving Appliances (LSA) Code states: “Every passenger ship lifeboat shall be so arranged that it can be boarded by its full complement of persons in not more than 10 minutes from the time the instruction to board is given.” 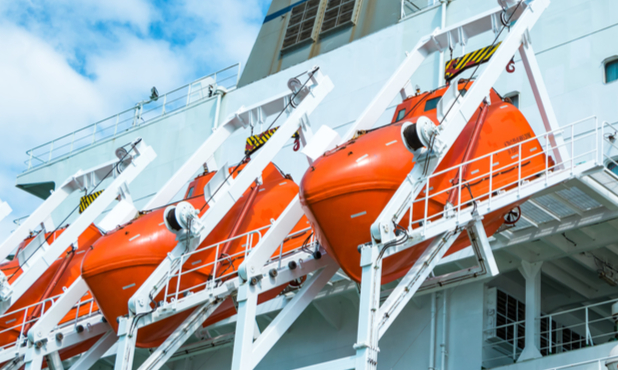 Yet in a real emergency situation on a cruise ship lifeboat many people believe – know – that embarkation would take longer than that design ideal of 10 minutes. A typical cruise contains a fair portion of passengers with impaired mobility and families with young children – then there is the weather to contend with.

Captain Michael Lloyd, RD, MNM, FNI, RNR spent 50 years at sea, where he commanded many types of vessels. Among other positions, he sits on the Council of Nautilus International and is Senior Vice President of International Cruise Victims.

He commented on the MV Viking Sky incident in March 2019, when the evacuation of 400+ passengers when its engines failed off the coast of Norway was undertaken by helicopter as the lifeboat option had been deemed too risky.

Lifeboats require skill to deploy and pilot, Lloyd said, and can be especially difficult in a stormy weather. “My concern [as a captain] would not be the lifeboats themselves, but the ability of [crew] to be able to lower them properly and get away from the ship in that kind of weather,” he said.

On the Costa Concordia incident in 2012, almost all of the lifeboats were eventually released from their davits but due to the severe listing of the vessel they were of limited use.

Surely, the need for navigable survival craft has largely disappeared, now a vessel in difficulty can quickly and automatically summon assistance using the Global Maritime Distress and Safety System (GMDSS).

What about Safe Return to Port?

The more recent Safe Return to Port (SRtP) legislation was prompted by various incidents in the years before 2010, many of which involved fires in engine rooms, and some failures to safely deploy lifeboats in emergencies.

It is championed by the IMO which says “more emphasis should be placed on the prevention of a casualty occurring in the first place and that future passenger ships should be designed for improved survivability so that in the event of a casualty persons can stay safely onboard.”

In a little over three decades of modern cruising, there have been recordings of 35 significant fires of which 22 were in the engine room and resulted in 12 of the vessels either drifting for considerable periods or being towed to a shipyard for repairs. 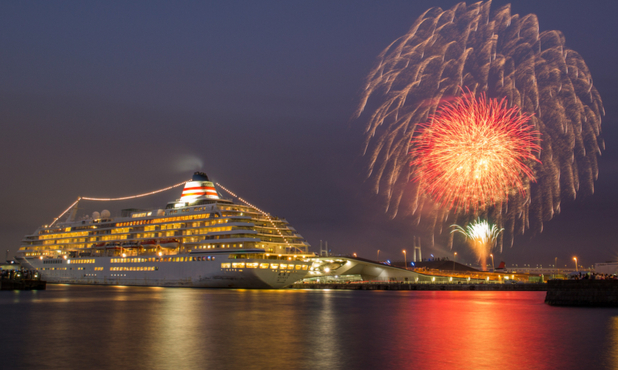 Over the same period, four significant passenger ships either grounded or foundered, these being the Herald of Free Enterprise, Oceanos, Costa Concordia and Sewal.

The crux of the idea is that with better design the likelihood of emergencies could be reduced and responses to them could be more effective.

SRtP is at its heart the right philosophy but requires more radical ship design to be anything other than a blunt instrument.

More engines as a norm?

A really interesting question is whether we should be considering building to DP3 or even DP4 standards, which would provide significantly more redundancy and flexibility in emergencies?

The cost of another engine would be met at build and throughout the life of vessels by abandoning the way the SRtP principle is presently implemented (which amounts to additional costs for little benefit) and resisting the tradition to install lifeboats, which are costly to maintain. Although this might be a highly contentious suggestion, it is not new and was mooted by the MAIB as far back as 2011.

There have been some interesting suggestions that ships should be designed and operated on parameters like those used in the aeronautical industry, where no one anticipates passengers debarking midflight in an emergency.

Modern passenger planes, even those with only two engines, have high levels of reliability and redundancy, so that even with the loss of an engine (or even two) the plane is designed to fly on to its destination.

One thing is for sure. If we can survive a pandemic, our industry, full as it is with learned and experienced individuals, can look afresh and come up with new solutions to the enduring dangers of fire and flood at sea.

Gareth Hamblin, CEng CMarEng FIMarEST has been a Chief Engineer within the cruise industry for 35 years.

Tweet
Published in The long read
More in this category: « Beyond COVID: Our chance to grow the Blue Economy Welcome to 2021: 3 things on our radar this year »
back to top