What can we expect this year?

The growth of autonomy, improving seafarer safety and cyber security are three of the big issues we are facing – along with the ever present issue of climate change. Kevin Daffey, Martin Shaw and Ian Bramson share their must-read insights.

Autonomy: “The beginning of an exciting chapter in maritime history.”

2021 is shaping up to be a breakthrough year for autonomous technology, writes Kevin Daffey, the IMarEST President.

To quote An-Magritt Ryste, director of Next Generation Shipping at Kongsberg Maritime: “Autonomy holds the key to efficient, sustainable vessel operation. This is the beginning of an exciting chapter in maritime history.”

While the pathway towards autonomous shipping over the next 10 years is more likely to focus on tugs, ferries (Rolls Royce was a pioneer here) and inland craft rather than ocean cargo vessels such as containers, bulk carriers and chemical tankers – things are ramping up.

Ocean Infinity is a pioneering marine robotics company which uses uncrewed autonomous vehicles for mapping, locating, and inspecting tasks on the seabed. In 2018, it searched for the missing flight MH30 in one of the most remote locations in the world, 4-6000m under the sea.

It has signed a contract for eight, 78m robotic vessels designed and built by VARD, with the first due in 2022. Initially using a skeleton crew, the plan is to move to uncrewed, and use ammonia as a renewable fuel. CEO Oliver Plunkett said it will “spark the biggest transformation the maritime industry has seen since sail gave way to steam.”

Perhaps the most intriguing autonomous shipping event of 2021 will be the voyage of the Mayflower Autonomous Ship – a 100ft (30.5m) trimaran powered by state-of-the-art wind and solar technology.

The military sector has always taken great interest in autonomous systems for surveillance, intelligence gathering and attack tasks, but 2021 will see the UK and US start developing Very Large UUVs (uncrewed underwater vehicles).

The UK Ministry of Defence, meanwhile, revealed that the Royal Navy’s new Type 32 Frigate will be designed as a mothership to uncrewed, off-board vehicles and craft.

The Australian Navy is creating a fleet of 22ft-long USVs (uncrewed surface vessels) powered by renewable energy sources to protect important national infrastructure assets, such as ports and oil rigs, and carry out anti-submarine tasks.

The UK has just launched MARLab, a point-of-contact agency at the Marine Robotics Innovation Centre at the National Oceanography Centre in Southampton. Government, academia and industry can explore how UK waters can be opened up to Maritime Autonomous Surface Ship (MASS) initiatives and testing.

And the UK Hydrographic Office has contracted risk management consultancy BMT to identify how marine geospatial data can support the safe navigation of commercial autonomous ships.

Next generation shipping – and engineers

We are, though, only getting started, as Bernard Marr wrote in Forbes.com in 2019: “There is a lot more testing to be done and regulations to be sorted out… the International Maritime Organization has kicked off its work to assess and update conventions to ensure safety in a new reality when AI is the captain instead of humans.”

Or could that be engineer? Rolls Royce is leading the way in developing the Artificial Chief Engineer. Its paper won an award at INEC2020.

Creating a skills base

Growing knowledge in this field is paramount, and the Assuring Autonomy International Programme at the University of York, England is a great example.

The £12m (US$16.4) programme, funded by Lloyd’s Register Foundation, works with global partners from academia, tech and organisations.

Kevin Daffey is President of the IMarEST. 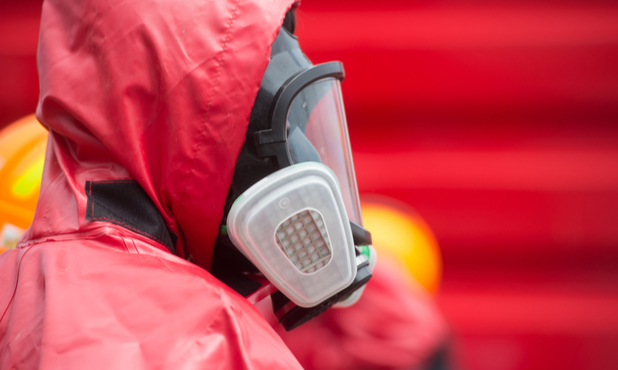 'Look behind a major hazard and you will find many different root causes' (Credit: Shutterstock)

This year, the Human Element Industry Group, is looking to improve seafarer safety by looking at the worrying problem of mortality in enclosed spaces.

Enclosed space deaths are one of the biggest occupational killers in shipping.

The headlines may refer to a person missing, or found overcome, in an enclosed space.  Often, others attempting a rescue are overcome too. A formal rescue may be too late, and the subsequent investigation often blames the victims or others aboard ship.

Much of the management of this risk relies on procedures, and failure to follow them is the end point of many investigations.

Yet we need to get behind procedures to find out why they are failing and the Human Element Industry Group (HEIG), of which IMarEST is a founder member, is doing just this.

There are four workgroups that the IMarEST is very active in.

The Accident Investigation group is exploring why investigations do not go far enough.  This group, led by Kuba Szymanski, Secretary General of Intermanager, and including Andy Teasdale from the IMarEST, has been looking at developing a ‘pro forma’ to ensure investigators look at what needs to be in place for procedures to work.

An individual, or organisation, may feel itself under Time Pressure and cut corners.  Titanic and Torrey Canyon are classic examples.  This group, led by myself, and with strong industry representation, including three members of the HEWG, questions what the designed industry defences to time pressures are, and why they may fail.

It has led to some interesting discussions about how ISM works, and how it can be undermined.

Technical – Can we design better?

Technical Solutions is of great interest to IMarEST.  In crude oil tankers, for example, the need for tank entry between drydocks has been eliminated, for environmental reasons, by crude oil washing and ‘load on top’.  Are there other examples of unnecessary tank entries?  If we have to inspect a space, are there ways to do it more safely, with drones for example?

Can we design-in better access so that people can enter tanks with all their equipment and provide access for rescue?

This project has IMarEST representation from the HEWG, the Repair and Maintenance and Naval Engineering Special Interest Groups who have brought the Royal Navy into the discussions.  (Sign in on Nexus to find out more.)

Behavioural issues – How do people react?

Last but not least, we are looking at Behavioural Issues, including why people might enter a hazardous space when a casualty is seen inside.

Look behind a major hazard and you will find many different root causes, and those root causes are likely to get to the heart of many of the problems in our industry. 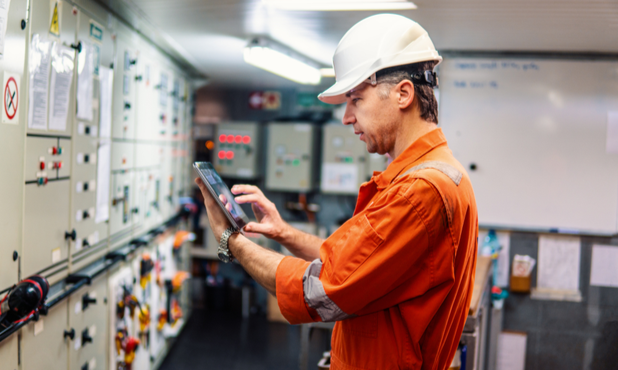 It can take 30 seconds to hack a ship, so it’s never been more important for owners and operators to identify and measure cyber risk in their OT environments, writes Ian Bramson, FIMarEST, and Global Head of Cybersecurity at ABS Group.

20 to 30 seconds. That's how quickly a cyber professional (or worse, a bad actor) can hack into a ship. Cyber-attacks are costing organisations millions of dollars and could be a risk to public safety.

For those working in this area, the time is now to confront cyber as a growing threat to maritime operations and the operational technology (OT) – such as control and navigation systems, pumps, and valves – running your ship.

With the uptake in connectivity between IT and OT systems onboard vessels, both the frequency and severity of cyber-attacks on OT assets is increasing.

For 2021, my advice would be to take a minute to consider the important functions of your OT assets and industrial control systems. Failure of these critical functions can have serious consequences for operations, yet many industrial companies are still not aware of the threats that cyberattacks pose to their OT assets, including:

It’s never been more important for owners and operators to identify and measure cyber risk in their OT environments.

Tweet
Published in The long read
More in this category: « Redesigning the cruise ship post-COVID
back to top