Ever Given’s big warning for shipping 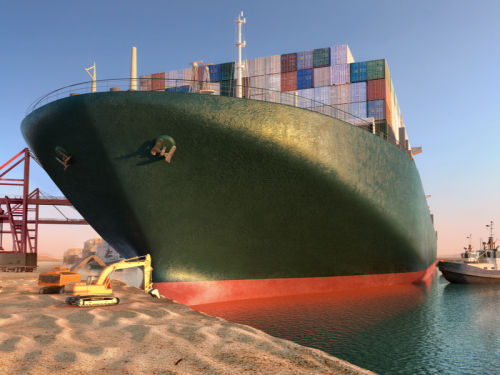 As cargo vessels get bigger and bigger, economies of scale need to be balanced against increased risks to design and operation. No one wants another Suez blockage – or worse.

We are living in the era of the ultra large container vessel (ULCV) ships. Advances by the industry   nudge at the boundaries of what is possible. Their continuous development anchored to the general principle of economies of scale, and their increasing size accompanied by the development of ports that can handle them continues.  Somewhere in the world, someone is considering the jump to 30,000 TEU.

Large vessels have squeezed out many container lines from the market, with cargo consolidating under a handful of boxship operators. The deployment of ULCVs on the main Atlantic, Europe to China, and Japan and Pacific routes, supports those companies which are pushing the growth in vessel size.

Port operators initially struggled to keep pace with the increased size of vessels, but berths have been lengthened, navigation channels dredged, bridges raised, and cranes installed with a much wider reach.

Logistic chains have been beefed up to allow for increased container movements. Indeed, many such terminals have been developed by the same interests that own giant vessels. From what was once an open market involving many players, control of the majority of the ULCV fleet, and therefore cargo, is consolidating under just a few companies – MSC, Maersk, CMA/CGM and COSCO/CSCL.

But when accidents occur, scale is becoming a major factor. In what might be described as a soft grounding incident under pilotage, the Ever Given was of such a size that she caused a temporary blockage of the Suez Canal. At the time of writing, she is still being held by the Suez Canal authority as part of a USD900m wrangle for loss of income. 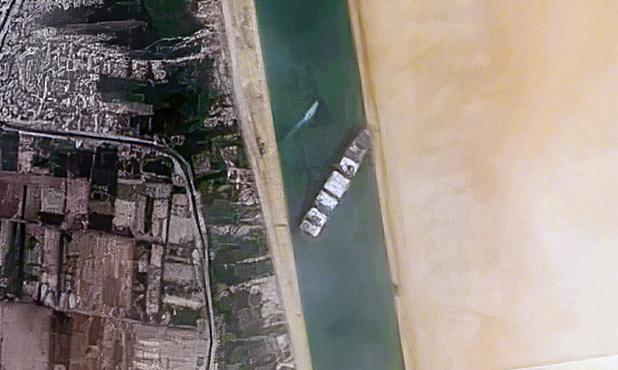 In 2016, CSCL Indian Ocean, likewise, ran aground in the Elbe, Germany,  threatening just-in-time supply chains. Fortunately, in both cases, dredgers and tugs, in favourable conditions, freed both vessels.

But it is not just nearshore navigation and ship handling that require more thought. Technical problems unrecognised at build which only come to light in service are having a magnified consequence.

Emma Maersk suffered flooding when just about to enter Suez through stern thruster seal problems which flooded the engine room through bulkhead cable penetrations that were not watertight. Post-casualty analysis of the MOL Comfort and her sister ships highlighted inadequate material selection of the bottom plating.

Perhaps insufficiently addressed within the design evolution of these behemoths, containership fires have been giving insurers quite a headache, and it seems this will only get worse as larger vessels displace smaller ones. For the ULCV Maersk Honam, in 2018, a fire in just one container, burnt out the entire forward stowage and claimed five lives. A total loss of ship, cargo and crew perhaps averted only by the firebreak of the vessel’s accommodation block.

All eggs in one basket

Since larger ships entail proportionately less vessel movement, it can be argued that there is less overall risk per container mile. But would a farmer send all their eggs to market in one truck? They would be wiped out if a single truck was chosen and it caught fire or crashed. Aggregation risks require a different philosophy entirely.

The container vessel CSCL Indian Ocean aground in the Elbe, 7 February 2016 (Credit: Shutterstock)

It is worth considering the risk of a total loss by fire – or explosion – on a fully bunkered ULCV at a key port of a developed nation. The loss of life, loss or damage to adjacent vessels, container unloaders and port infrastructure, port blockage, wreck removal, and huge pollution clean-up and remediation would produce mind boggling costs. Jurisdictional intervention from the country within which any such casualty occurs and standards of ship operation may be imposed from outside the industry.

Rising to the challenge

A parallel concentration of ultra-large vessels and commercial interests is also found in the oil and gas tanker shipping sector. There have been a handful of very large losses, but these are generally contained within the property and liabilities of the vessel and cargo concerned, rather than massively impacting the global economy or expensive shore infrastructure. Here though, in recognition of the potential of devastating reputational damage, cargo owners have implemented expensive vetting regimes.

Shipping’s economies of scale are what have helped it to have become the most efficient transport mode by a wide margin; but the bigger ships become, the less complacent those leading the industry can afford to be. The disruption to just-in-time supply chains caused by the Ever Given incident in Suez highlights the risk of a much more damaging scenario, and one which could set the industry back for years, not weeks.

As an industry at the forefront of economic development and globalisation we need to re-examine and treat the threat of aggregation risks more seriously than the steady roll out of current casualties would suggest.

Members can log in and join online conversations on the NEXUS network.

Tweet
Published in The long read
Tagged under
More in this category: « Time to act on mental health at sea
back to top