Why did Norwegian cargo vessel run aground despite warnings? Featured 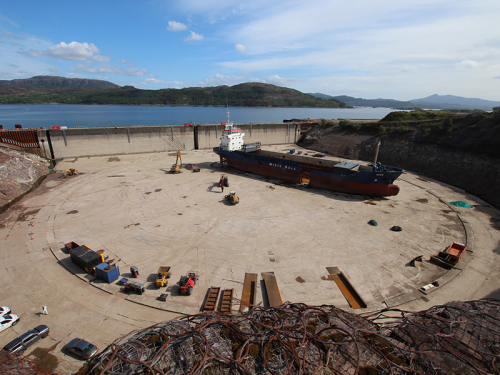 When cargo vessel MV Kaami ran aground off the coast of Scotland, in a gale at night, accident investigators found aspects of ECDIS misuse, which, they say, are becoming an increasingly common industry problem that needs to be addressed.

In the early hours of 23 March 2020, the general cargo vessel MV Kaami ran aground in the Little Minch – a sea passage through Scotland’s Inner and Outer Hebrides – while on passage from Ireland to Sweden.

The crew were safely evacuated by coastguard helicopter but Kaami’s hull was so badly damaged the ship was declared a constructive total loss and scrapped.

A report into the accident by the UK’s Marine Accident Investigation Branch (MAIB) found that the crew had failed to identify the hazard ahead of them – even after receiving warnings from a local fishing boat.

Turbulent seas and reliance on autopilot

The incident occurred in a Force 9 gale with rough following seas, at night and under total cloud cover, while Kaami’s chief officer (CO) was on watch monitoring the ship’s radar and ECDIS (Electronic Chart Display and Information System).

Kaami’s voyage plan and planned track was not following the recommended IMO route through the channel. It was, instead, following an autopilot-controlled course, one mile north of a south cardinal mark, at a speed of 10 knots.

At 0135, Kaami was contacted by the fishing vessel Ocean Harvest via VHF radio to warn Kaami’s crew that they were headed towards ‘shoal waters’.

Local fishermen are well aware that while the Little Minch offers some shelter from the Atlantic, its waters can become very turbulent due to its uneven seabed. 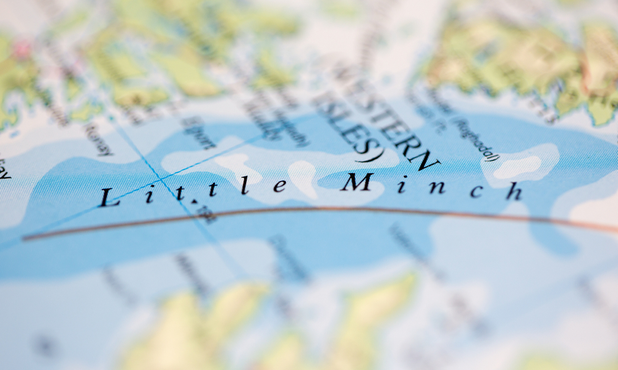 Kaami’s CO thanked Ocean Harvest for the information, confirming that he understood and that he would soon be altering the vessel’s course, which he then did, by 10 degrees to starboard, according to Kaami’s pre-determined voyage plan.

As Kaami ’s movements on the rocks began to worsen, the crew mustered on the bridge in their immersion suits and life jackets.

The ship’s movement then became so violent that the crew – unable to stand safely – were forced to lie down on the floor of the bridge.

All were eventually winched off the vessel – safely and uninjured – by a coastguard helicopter and taken to Stornoway.

The MAIB’s accident investigation report points out that: 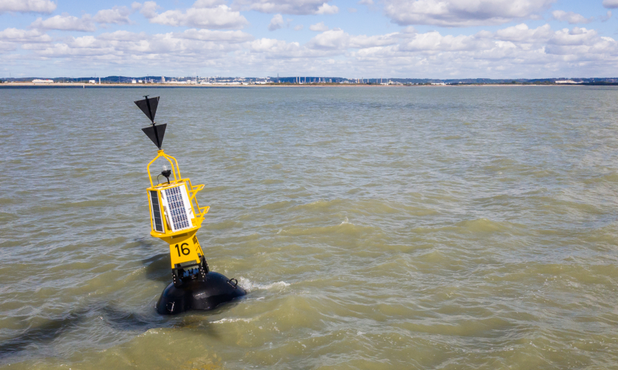 The Kaami followed an autopilot-controlled course, one mile north of a cardinal mark (Credit: Shutterstock)

The MAIB report notes that the ECDIS errors highlighted are similar to other recent incidents, including:

The MAIB has asked Kaami’s operating company – Misje Rederi AS – to review the number of watch-keepers on its vessels with the aim of minimising hazards associated with fatigue, and to improve the guidance given in its ships’ safety management systems on the effective use of ECDIS.  Misje Rederi AS has also been asked to enhance its internal navigation audits.

Wider probe into seafarers’ ECDIS use

The MAIB has now begun working with the Danish Marine Accident Investigation Branch (DMAIB) to research the reasons why seafarers are, increasingly, using ECDIS in ways that are often at variance with the instructions and guidance provided by the system manufacturers and regulators.

They hope to gain a clearer understanding of the practical application and usability of ECDIS in order to support future ECDIS design, training, and development of best practices. The final joint MAIB/DMAIB ECDIS study is due to be published later this year.