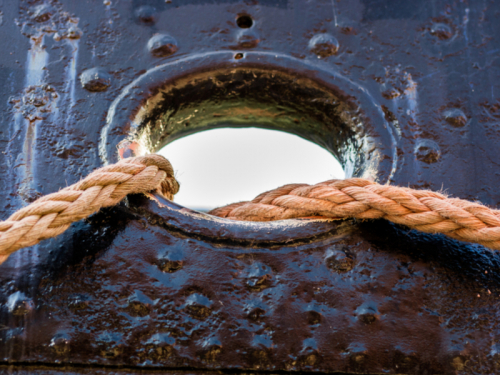 When a tanker broke free from its mooring at a Danish oil terminal – ripping off the loading arm and creating an oil spill – investigators discovered the incident was caused by the failure of a fundamental mooring decision.

On 4 January 2020, the Marshall Islands-registered chemical/oil product tanker STONE I was loading vacuum gas oil at the Ensted Oil Terminal in Denmark when it was engulfed in a severe hailstorm, with increasingly strong winds pushing the ship forcefully away from the jetty.

Realising the seriousness of the situation, the crew immediately initiated an emergency stop for the loading operation procedure but found themselves unable to prevent the vessel from eventually breaking clear of its berth.

As STONE I drifted uncontrollably from the jetty, the loading arms on the terminal were torn from the ship’s manifold, causing a significant gas oil spill.

While handling the lines on the aft mooring station, the crew realised that the two lines intended to be used as aft breast lines would have to be directed aftwards and fastened to mooring hooks located aft of the ship. This would result in no perpendicular orientation to the longitudinal centre line of the ship.

After a discussion, the master and pilot agreed to use the compromised direction of the breast lines as they felt there was no alternative arrangement available to them due to the spacing of the jetty’s mooring hooks and bollards.

When loading began next morning, a severe and unexpected hailstorm hit STONE I, with winds beyond the 20m/s safe operating limit agreed with the terminal. As the loading operation was being stopped, there was a loud noise as oil began to gush through a crack between the loading arm and the manifold.

With the stern of the ship now ten metres from the jetty, the master called the engine room to ensure the engine was readied for an emergency situation. As the crew mustered on deck to respond to the oil spill, one of the aft lines parted. The master ordered the forward port anchor to be lowered to sea level and be on standby should the ship move aftwards into nearby shallow water.

The crew realised that they were unable to approach the mooring winches safely as the brake bands were now emitting heavy smoke.

Determined to manoeuvre his ship away from the jetty, the master ordered the crew to cut the lines. STONE I was then steered to a nearby anchorage.

With an estimated 20m3 of gas oil spilled onto the deck and 5m3 into the sea, the authorities deployed an emergency response plan to contain the pollution. 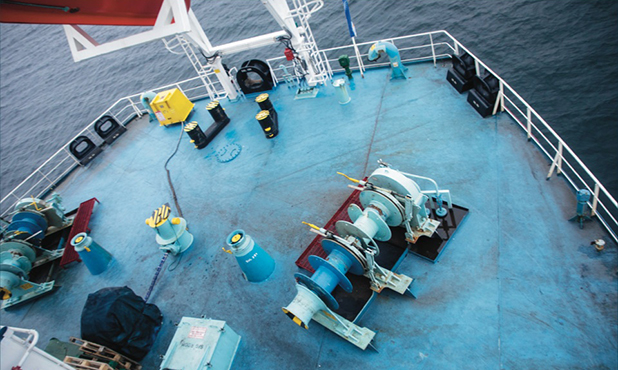 A report by the Danish Maritime Accident Investigation Board (DMAIB) notes that the mooring pattern and direction of the mooring lines from the aft deck meant that the aft moorings significantly reduced transverse restrain capacity – resulting in an increased load on the aft mooring winches.

When the wind speeds increased, the location of the accommodation block exposed the aft of the ship to a higher lateral force than its forward section – adding an increased load onto the aft mooring winches.

The report, however, agrees that the combination of the ship’s mooring layout, the jetty layout, and the alignment between the jetty loading arms and ship’s manifold made it impossible to fasten the aft breast lines in any other way.

Although recognised by the crew as not optimal, the mooring configuration used at the time was assessed to be sufficient for the weather that was forecast and was not called into question by the crew, pilot, or terminal.

When the weather changed unexpectedly with a sudden increase in wind force acting upon the ship, the compromised angle of the four aft lines caused a load on the mooring winches that exceeded their brake load capacity.

Fortunately, no crewmembers were harmed during the STONE I incident.

However, statistics from the European Harbour Masters’ Committee reveal that 95% of harbour injury incidents are caused by ships’ ropes and wires – with 60% of those injuries occurring during mooring operations.

In October 2019, a fatal mooring line accident occurred aboard the Dutch cargo vessel Damsterdijk while alongside in the port of Ipswich, England. As Damsterdijk was being moved 100m backwards to make space for another vessel, its stern line was caught in its propeller. Under increasing tension, the line suddenly broke, snapping back and hitting a crewmember directly at high speed causing serious injuries. The crewmember died later that day.

In March 2015, a deck officer suffered severe head injuries when he was struck by a parted mooring rope during a berthing operation at Milford Haven, Wales.

Tweet
Published in Troublespot
Tagged under
More in this category: « Combustible cargoes – how can we prevent them? Ship’s stability miscalculation costs $200m »
back to top