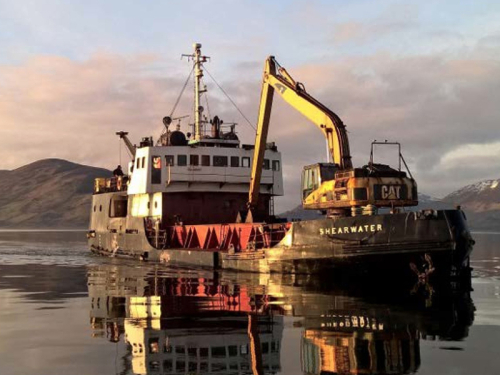 Divided management responsibilities and poor crew experience aboard a dredger resulted in a series of severe collisions with the barge it was towing through treacherous seas off Scotland's northwest coast.

In the early hours of 9 April 2020, the 36m (118ft) dredger, Shearwater, was towing a 21m (68ft) barge, laden with a 45-tonne excavator, alongside on its port side, around the notorious and challenging waters of Cape Wrath.

On the bridge, the master was in control of the vessel, while the vessel’s owner, also onboard at the time, was overseeing the towing operation.

When the vessel began to encounter a long high swell, Shearwater’s owner ordered that the barge be moved off to take up an astern tow, and a new towline configuration was quickly prepared. The barge was then cast off with 80m (260ft) of towline payed out. Shortly afterwards, the towline snapped.

When the barge was retrieved, the crew discovered that the towline had failed at the point of connection to the barge’s bridle, so the crew decided to tie a bowline knot in the towline instead as a new, alternative connection. 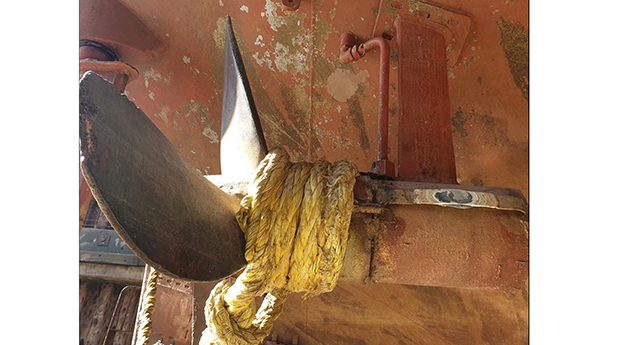 The passage continued as planned, but, once again, the towline failed. At 1200, the owner and master decided to abort their voyage and head for sheltered waters. Seven hours later, with the barge back in an alongside towing arrangement due to improved conditions, a decision was taken to again revert to an astern tow to allow the vessels to safely navigate the increasingly narrow channels.

To reduce the gap between the two vessels, the master put Shearwater astern using power on both shafts. The engines suddenly stopped dead as the towline became caught in the propellers, causing the port shaft to dislodge from the gearbox and leading to flooding.

Shearwater’s crew tried unsuccessfully to regain control of the barge by securing it alongside, but it drifted away when the towline, yet again, broke.

At 2021, the owner called the coastguard to report that Shearwater was immobilised and taking on water, and that the barge was now drifting free. The coastguard sent an all-weather lifeboat and an emergency towing vessel to give assistance.

Shearwater’s crew, meanwhile, tried unsuccessfully, to pump water out of the vessel using the fixed bilge system, and then attempting to stem the seawater ingress with rags and sealant.

Both vessels were eventually towed through heavy seas into safe harbours. 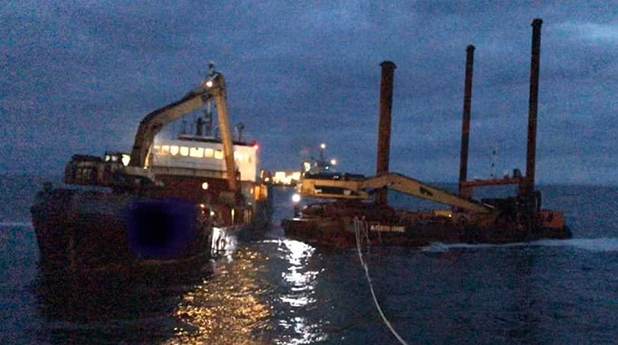 Accident investigators from the UK’s Marine Accident Investigation Branch (MAIB) found that divided responsibility between the owner and the master existed aboard Shearwater which undermined the master’s position and created a potentially unsafe absence of authority.

Shearwater’s owner had no actual formal towing training, and his towing experience was less than the 120 days required to meet general towage standards – let alone the 300 days required for sea towage.

The MAIB report therefore concluded that:

In 2008, the dredger Abigail H foundered while alongside in Heysham, Lancashire, due to flooding through an engine room leak, which went unnoticed, as regulations didn’t require engine room bilge alarms to be fitted.

In 2013, a crewman from the tug Endurance drowned after falling overboard in rough seas off Beachy Head, East Sussex, while attempting to transfer to an unmanned motor cruiser with a replacement towline. The attempt to reconnect a towline between the vessels was described by investigators as a “desperate and ill-considered measure brought about by poor practices and a lack of planning, risk assessment and emergency preparedness”.

In 2015, the cement carrier Cemfjord capsized and foundered in the waters of Scotland’s Pentland Firth, with the loss of all eight crew in violent sea conditions. Investigators concluded that the rapid nature of the accident meant there was no time to send out a distress message or abandon ship.

Tweet
Published in Troublespot
Tagged under
More in this category: « Ship’s stability miscalculation costs $200m
back to top