Why did the MSC Zoe lose containers overboard? 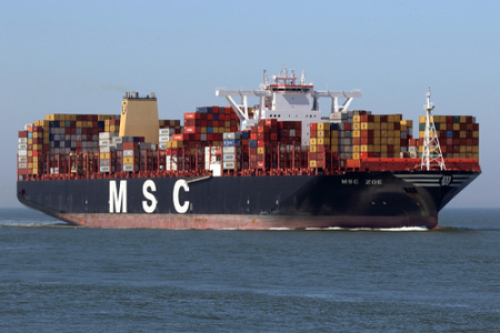 Words / Dennis O'Neill MSC Zoe is one of the largest container ships in the world (Credit: Shutterstock)

Extensive environmental damage caused by a massive loss of containers from MSC Zoe last year has led to a warning that two busy North Sea shipping routes are a risk to large vessels – and a long list of recommendations.

On the night of 1 January 2019, the ultra large container ship MSC Zoe was travelling from Portugal to Bremerhaven in Germany, carrying more than 8,000 containers.

Passing the Wadden Islands off the Dutch coast, the ship found itself in weather so severe that 342 of its containers were lost overboard, accounting for 3,000 tonnes of cargo. Over the following days, large numbers of the containers – holding a huge variety of items including toys, furniture, televisions, toxic chemicals and lithium-ion batteries – would be washed up on nearby pristine shores and beaches.

MSC Zoe – one of the world’s largest

Owned and operated by the Mediterranean Shipping Company, MSC Zoe was, at the time of its launch in 2015, the largest container ship in the world. Sailing under the Panamanian flag, it can carry up to 19,224 TEU (20ft containers). Fortunately, on the night of the incident, it was carrying just 13,465 TEU, made up of 2,659 20ft containers and 5,403 40ft containers.

The Wadden Islands, also known as the Frisian Islands, form an angular archipelago that stretches along the North Sea coasts of Denmark, Germany and the Netherlands.

They sit in the Wadden Sea, which is the world’s largest uninterrupted tidal zone and has been recognised as both a UNESCO World Heritage area and an IMO Particularly Sensitive Sea Area.

It is also an important North Sea channel for commercial shipping, with two internationally-designated routes that large ships use to navigate their way through the islands – a northern route and a southern route. 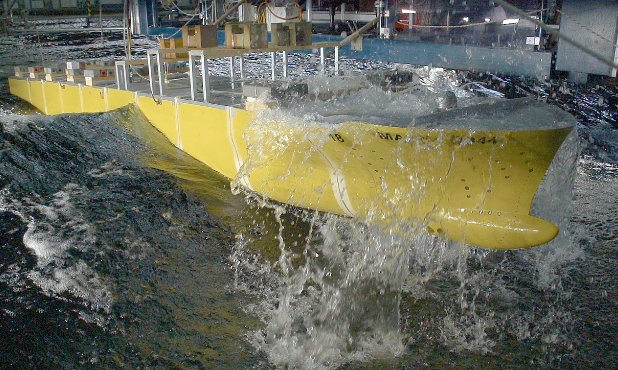 When MSC Zoe set its course towards Bremerhaven, the bridge crew chose to take the southern route, where the ship soon encountered steep, 10m waves and wide wave troughs. Containers on the ship eventually began to slip into the sea, caught up in strong tides that swept them towards the Wadden Islands’ coastlines. Local communities, volunteers and troops from the Dutch army would spend months clearing up the damage and debris.

The Dutch Safety Board, which has coordinated a number of investigations into the incident, asked MARIN (Maritime Research Institute Netherlands) to undertake extensive tank tests with a ship model to try and gain insight into the conditions and ship motions that occur around the Wadden Islands.

The results, according to the Dutch Safety Board, provide important new insights into wave and sea phenomena that can lead to container loss.

The team found that in storm force, northwesterly winds, ships in the area can encounter high waves athwartships (perpendicular to the fore-and-aft line of the vessel). As a consequence, large, wide, container ships can make extreme rolling movements, waves can slam against the ship, and seawater travelling at high speed along the side of the ship can be forced upwards against the containers. These phenomena, individually and combined, can cause extreme forces to act on the ship, the containers, and the lashing systems. Containers can break free and be washed overboard.

This Dutch Safety Board says that the tank tests have helped it conclude that there are previously unrecognised risks in the two shipping routes through the Wadden Islands.

They predict that a comparable accident could take place again in the future because the weather conditions at the time of the incident were not exceptional. North-westerly storms such as the one encountered by MSC Zoe, they point out, can occur several times a year in the area.

The Dutch Safety Board has set out a comprehensive list of recommendations following its investigation and conclusions, including:

View an illustrative video about the investigation report’s findings here:

Dennis O’Neill is a freelance journalist.

Tweet
Published in Troublespot
More in this category: « What caused Pacific fishing vessels to collide? Investigating the MOL Prestige engine room fire »
back to top