Can we turn the tide on plastic pollution? 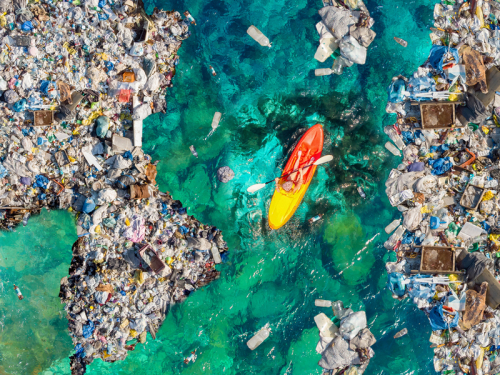 Plastic waste is driving climate change and polluting marine life. As scientists aboard the Pelican of London research marine pollution around the UK, the IMarEST has the problem firmly in its sights.

May saw a team of scientists set sail from Kent, UK, on a three-month voyage on the Pelican of London, to find out more about the effects plastic pollution is having on our marine life.

The research cruise, organised by Seas Your Future and environmental research group Darwin 200, is documenting ocean science discoveries as it navigates the waters around the UK. Scientists are carrying out sediment core sampling to look at micro-plastics accumulation in seabed habitats and observations in floating plastic accumulation. 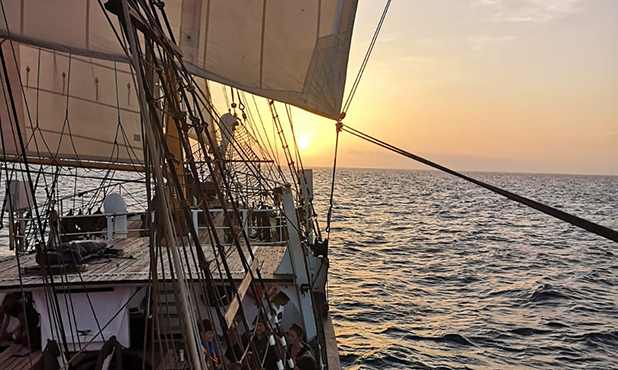 Its route included the Scilly Isles, described by Darwin 200 as the UK’s very own "Galapagos archipelago consisting of over 140 islands and its own micro-climate packed with unique biodiversity”.

Despite its remote location, discarded commercial fishing gear, including polymer fibre ropes and a plastic line with hundreds of hooks, were quickly found – probably washed in from the Atlantic.

Now on its second-leg journey around Islay, one of Scotland’s Inner Hebrides Islands on the edge of the Atlantic, Darwin 200 explained that scientists “are surveying cetaceans, birds, plastic, and much more” over the final few weeks of the project.

As the Minderoo Foundation stated: “Every month, over one million tons of plastic enters rivers and oceans worldwide.”

The Foundation’s ‘Plastic Waste-Makers Index’ was developed in partnership with Wood Mackenzie, experts from the London School of Economics, the Stockholm Environment Institute, and others. While it doesn’t just cover ocean plastic, recent figures show that Australia is the world’s leading producer of single-use plastic waste in 2019, at 59kg per person, 6kg ahead of the US.

It is calling for action from governments, banks, producers, policy makers and the supply chain to act to address the escalating problem.

What we do now matters

Ocean science and highlighting the issue of marine pollution to the world has never been as important, as growing pollution drives climate change and oceans suffer. The UN Decade of Ocean Science for Sustainable Development 2021-2030 is a real opportunity to make a difference and will be part of the IMarEST Annual Conference.

The IMarEST directly contributes to initiatives to tackle ocean plastics through our work at the International Maritime Organization and partnership in international projects to improve plastic waste management. The Ocean Plastics and Marine Litter Special Interest Group is supporting this.

If you are interested in looking for a greater involvement in our efforts to address ocean plastics and marine litter, please register your interest in becoming a member of the committee by contacting

Read more about Pelican of London

The eye-catching sailing vessel built in 1948 and converted from a trawler over 12 years until 2007, is modelled on HMS Beagle, which took naturalist Charles Darwin on his ground-breaking voyage around the world in the 1830s.