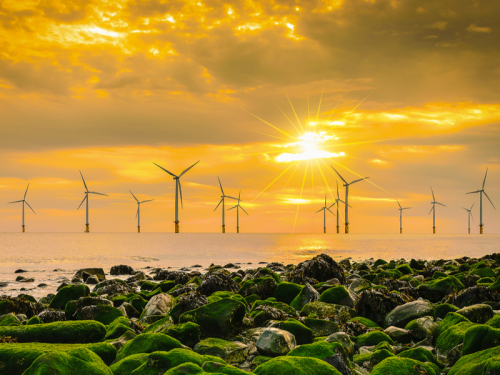 This year’s IMarEST Annual Conference, held online from 28 June to 9 July, again provided a compelling range of fascinating, expert-driven insights into the current state of marine engineering, science and technology, and some tantalising glimpses into what the future holds.

With so many intriguing topics covered in the IMarEST Annual Conference – exclusively available to watch on IMarEST TV for six months – attendees are sure to discover sessions that will deepen their understanding of a preferred field or stimulate their interest in other inter-related marine disciplines.

Here are five of the many exciting sessions, to give just a taster – and you can discover more on IMarEST TV.

Two excellent presentations explored some of the most exciting technical developments taking place in the military subsea and surface realms.

“Traditionally, small model testing is used to determine the hydrodynamic characteristics of a design, but it’s limited in its applicability,” explained Barry.

Meanwhile, Natasya Habibah, a postgraduate student at the Department of Weaponry Technology, Indonesia Defense University, explained how Indonesia is looking to combat piracy in its valuable commercial seaways, and is considering her design for a small – but fully weaponised – autonomous craft.

“Because Indonesia is an archipelago nation, we require a great deal of manpower to patrol our coasts,” she explained. “We hope to eventually deploy large numbers of these new 4m (13ft) Unmanned Surface Vehicles in military operations to counter piracy activities, while reducing personnel casualties.”

2. Digitalisation and innovation in the marine sector

With the new digital maritime age coming swiftly over the horizon, these four first-class talks explore the shape of what a future maritime workforce will look like and how autonomous systems might eventually support onboard crews.

“In any system humans are often the weakest element,” pointed out Professor Kevin Jones IMarEST Fellow and dean of science and engineering at the University of Plymouth. “If people, consciously or unconsciously, do the wrong thing, then regardless of the technical protections you have in place you are compromised. And when you have maritime systems – many of which were developed long before cyber security was an issue – there will be inherent vulnerabilities that you just don’t find in other sectors.

“Unfortunately, at the moment, both people and technology are bit more vulnerable than we’d like them to be in the maritime space.”

“Digital systems are all about working with machines not for machines,” he argued.  “We won’t completely eliminate the human factor from shipping management – it’s more about getting rid of the dull, dirty, dangerous tasks and using the best of human capability and efficiency for everything else.” 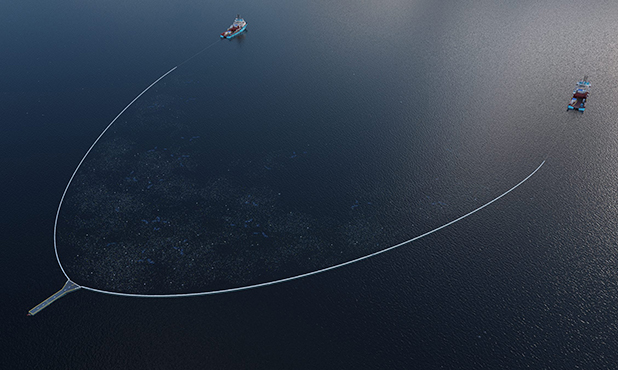 IMarEST’s SIGs (Special Interest Groups) have already started to sharpen their focus on the United Nations’ ambitious Decade of Ocean Science for Sustainable Development project which runs from 2021-2030 and aims to “create a new foundation across the science-policy interface to strengthen the management of our oceans and coasts for the benefit of humanity”.

The initiative hopes to establish a common framework to ensure ocean science supports countries to achieve the 2030 Agenda for Sustainable Development, while stimulating interest in ocean science and knowledge.

Topics, included insights into sustainable aquaculture, operational oceanography, the small-scale fishing sector, and the pressing issue of ocean plastic and marine litter – and how to deal with it.

In a hybrid session and Q&A streamed live to delegates around the world from TU Delft, and chaired by Peter de Vos CEng CMarEng MIMarEST of the IMarEST Benelux Branch, conference partner the Ocean Cleanup presented a Technology Update to delegates. It revealed how they plan to capture plastic waste from the sea using its new System 002 – known as ‘Jenny’ – which can clean up an area equal to one football [soccer] field every 15 seconds. It is now heading to the Great Pacific Garbage Patch for more trials.

You can watch the video here.

“There are very few floating offshore wind [farms] operating at the moment but the projection is that there will be thousands by 2030,” explained IMarEST Fellow Alan Crowle, who argued that “energy companies now need to go full pelt for offshore renewables – they can make a much bigger difference than any governments or politicians, and over the next few years they must start investing money, research and time into this important sector.”

“It’s a foundational document,” she explained, “that sets out expectations on how to manage key environmental and climate topics in our sector.”

5. Tomorrow's fuels, technology and the transition

The idea of floating offshore nuclear power plants may sound like science fiction but according to Soon Heng Lim, president of the Society of Floating Solutions, it’s a sensible proposition that is both viable and urgently needed.

Just one of three first-class presentations examining new approaches to energy generation in the marine realm, Lim set out technology details that could see the world enjoy an entirely new relationship with nuclear power.

“A floating protective concrete barrier forming a 900m-diameter lagoon would contain three 300-tonne SMRs (small modular reactors), each generating up to 300MW of electricity,” he explained, pointing out the benefits to nations with high-density populations and past nuclear plant meltdowns that lacked a sufficient supply of water to cool down compromised reactors in good time.

Other talks in this fascinating session included a detailed forensic tour of the challenges and benefits the maritime sector faces in trying to use future alternative fuels, such as hydrogen, ammonia, methanol, and methane, by Muhammad Naeem Javaid, Lloyd’s Register; and details of a new asset leasing model that could help to promote the industry’s uptake of energy saving technologies, by naval engineer graduate Nick Williams.

Members who registered for the event (or who register by 25 July) and attendees can log-in to imarest.org and watch sessions exclusively on IMarEST TV for the next six months.

Tweet
Published in Interactions
Tagged under
More in this category: « Can we turn the tide on plastic pollution?
back to top