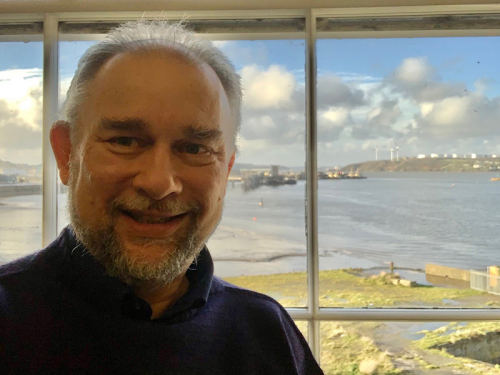 Stephen Hall, CEO of Pembrokeshire Coastal Forum, shares his career advice for the energy transition, and how his experience helped to shape the UN Decade of Ocean Science.

I am CEO of Pembrokeshire Coastal Forum, parent company of Marine Energy Wales.

I also sit on the Membership Committee and conduct candidate interviews for chartered status and IMarEST Fellowships.

What does the Pembrokeshire Coastal Forum do?

Pembrokeshire Coastal Forum is a community interest company in Wales, UK, that exists to help deliver a sustainable coast and ocean. We promote and facilitate the growth of a sustainable blue economy that will help the country achieve zero net carbon, good environmental status and a healthier, environmentally-aware population.

I was previously CEO of the Society for Underwater Technology (SUT), and before that spent the majority of my career with the National Oceanography Centre.

How did you get into your line of expertise?

My original degree was a BSc in Maritime Geography from the former University of Wales Institute of Science and Technology (UWIST), now part of Cardiff University.

I graduated in 1985 and was as an assistant in a small engineering survey company, mapping coastal structures, before joining HM Customs & Excise where I specialised in oil refineries and pipelines. I then joined the Natural Environment Research Council working on the World Ocean Circulation Experiment, an international project involving 33 countries researching how currents and eddies transfer heat around the globe.

By the end of the 1990s I was part of the ‘Autosub’ AUV science mission's team at the National Oceanography Centre, and spent from 2006 until 2017 as a policy specialist providing advice, writing position papers, developing legislation, even drafting answers to Parliamentary Questions. I joined the UK delegation to UNESCO’s Intergovernmental Oceanographic Commission, and in 2015 was elected Vice Chair, quite an honour – my duties included helping prepare what became the UN Decade of Ocean Science.

After 27 years with NERC, I left to work in the private sector at the Society for Underwater Technology, a sister learned society of the IMarEST.

Who influenced your career choice?

I’m a classic child of the 1960s and 1970s and grew up watching sci-fi, Jacques Cousteau, the Apollo space programme, and being excited by advancing technology.

My grandfather, a Chief Petty Officer in the Royal Navy, also inspired me.

Tell us about your involvement with the IMarEST

I got involved through SUT’s education committee where I became interested in the concept of professional development and accreditation. When the IMarEST introduced the Chartered Marine Scientist scheme I was one of the first to be interviewed and obtain my CMarSci professional registration.

I’ve been part of several committees and SIGs, with a particular interest in offshore renewables, operational oceanography, and ocean governance.

There’s an ageing demographic in the offshore industry, with a large cohort of professionals like me. It’s important that we upload what we have learned to the next generation so that they don’t repeat our mistakes and can benefit from our experience.

In offshore oil and gas, we have 50+ years of hard-won knowledge that is often applicable to marine renewables such as mooring design, cabling methods, corrosion protection and policy/legal aspects. ORSIG and the other SIGs are great places to share and learn.

It’s also critical that we encourage a much wider entry into the sector from women and minority groups.

Advice for those starting out or wanting to progress their careers?

Have fun, learn, and be willing to relocate in the early years. Always get involved in opportunities to take part in outreach; present at conferences, produce posters, tell the public and your peers what you do. Communicate the excitement and invite others to join in.

Is offshore renewables finally going to fulfil its potential?

Yes. The energy transition is vital if we are to achieve a low carbon future, and offshore renewables offer vast resources and many win-win options, including energy security, the opportunity to enhance protection of seabed habitats, much reduced risk of pollution, and much more. 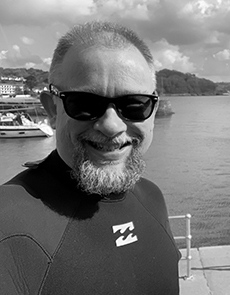 IMarEST Special Interest Groups (SIGs) are voluntary groups which operate to the benefit of a specialist field. SIGs are open for members to participate in.

Tweet
Published in Interactions
Tagged under
More in this category: « ‘The only constant in the marine industry is change’ Getting our views across at MEPC 76 »
back to top