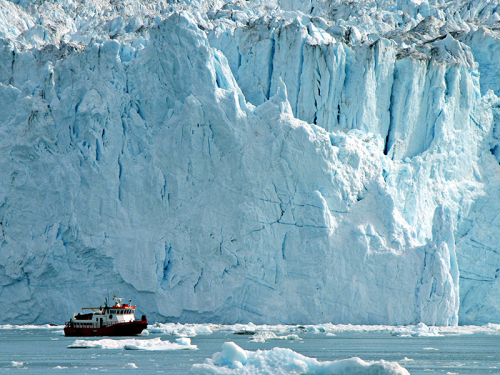 MEPC 77 focused on the IMO's decarbonisation strategy and on concerted efforts to tackle climate change, not only by reducing emissions from shipping, but also by progressing the many other controls within its scope. The IMarEST was represented and contributed.

The IMO’s Marine Environment Protection Committee (MEPC) is in charge of addressing many important and core matters with global impact. The 77th session of the Committee took place over 22-26 November 2021, in the immediate wake of the United Nations Climate Change Conference COP 26.

Climate change and decarbonisation are widely recognised and accepted to be the most urgent of issues and have never been higher on the agenda. A delegation from the IMarEST was present at the MEPC 77 to actively contribute and support the IMO and its members to achieve the best possible outcome and much progress was made.

The IMarEST had initially expressed concern about potential delays in reaching a final resolution arising from a dense agenda with additional time constraints due to the hybrid nature of the session in response to COVID-19 restrictions.

That said, the IMarEST clearly supported the importance of moving forward with zero-emissions goals, as well as the need to make visible and significant reductions before 2030.

At this session, the IMO agreed to initiate a revision of its GHG strategy to be considered at MEPC 80 (Spring 2023), adopted a resolution on the voluntary use of cleaner fuels in the Arctic (aiming to reduce black carbon emissions in the region), adopted a strategy to tackle marine plastic litter from ships, adopted revised guidelines for exhaust gas cleaning systems (EGCS) and made progress on the Ballast Water Management Convention.

In all these areas, IMarEST members have visibly and constructively contributed, through their delegates. The proposals put forward by the IMarEST were positively mentioned by several Member States and noted by the Committee that, accordingly, invited member governments and international organisations to submit relevant proposals for a new output.

Although the main headlines from MEPC 77 appear to suggest an exclusive focus on aspects related to the IMO’s decarbonisation strategy, it is important to realise that good progress was made on many other environment-related measures and controls that are under the MEPC’s purview.

Take, for example, the final adoption of the 2021 Guidelines on Exhaust Gas Cleaning Systems (EGCS), as in Resolution MEPC.340(77), in which the IMarEST has been heavily involved and a positive outcome was secured. This happened after much delay both in PPR and MEPC, making it widely-welcomed progress. Even if these revised Guidelines do not change the existing emission limits to either air or sea, they will provide substantial clarifications as to what the associated mandated documentation and data records are required to cover. The intention is to provide a much more robust and uniform approach to the through life control of these systems.

This update in those Guidelines is timely given the ever-increasing usage of EGCS particularly following the introduction of the 0.50% fuel oil sulphur limit – indeed the latest IMO sulphur monitoring data for 2020 indicates that over 23% of the total fuel oil tonnage monitored was for use in such systems. Another significant outcome from MEPC 77 was the updating of the guidance in the case of system or related instrumentation failures – MEPC.1/Circ.883/Rev.1 – now extended to encompass all EGCS irrespective of the Guidelines under which they have been approved - namely what represents a failure, the actions to be taken, and the various notifications to be provided to the authorities.

The next MEPC session (MEPC 78) is scheduled for June 2022, inter-sessional meetings for the ISWG-GHG are planned for 14-18 March 2022 and 16-20 May 2022, and an Ad-hoc Expert Workshop on Impact Assessments of GHG measures is to be held on 8-9 March 2022. The IMarEST will continue to support ongoing discussions and keep our members informed and involved.

If you want to learn more about the IMarEST engagement on these issues, you should join one of the Special Interest Groups (SIGs). SIGs are open to all IMarEST members and provide a place to discuss relevant issues with other members, gain access to news and research updates, as well as exploring opportunities to actively contribute to and participate in meetings at the IMO and other international fora.

To join, sign in to your My IMarEST member portal, click on My Special Interest Groups and then tick the boxes of the SIGs which you are interested in engaging with. You can then also join your SIG groups on Nexus, the IMarEST networking platform.

Tweet
Published in Interactions
More in this category: « “I sent out applications and a few months later I was on a plane to Hong Kong. Best decision of my life!" - Julia Jacoby Interview Building sustainability into the fabric of the IMarEST »
back to top