Balancing act for all as the Arctic ice melts 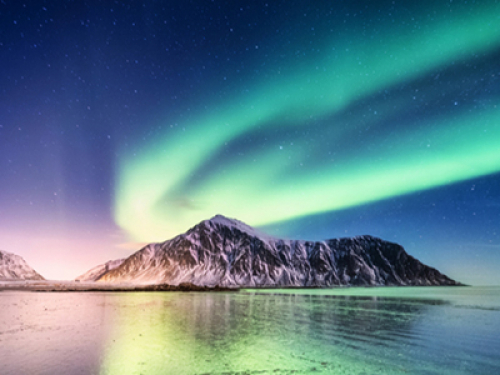 Rising temperatures and ice melt are pressuring the Arctic environment, as well as opening up new shipping routes in the far north. Andy Teasdale of the IMarEST Human Element Special Interest Group looks at the wide-ranging consequences for shipping, the natural marine world – and seafarers.

We see many images on wildlife programmes of polar bears struggling to find food and rear their young on an ever-diminishing Arctic ice cap.

The consequences of the climate emergency, however, go far beyond the impact on one totemic species. Ice depletion of the Arctic Ocean has become intensive – and is a clear signal to the world that serious environmental issues exist at both of our Polar regions.

The Earth’s Polar ice caps protect the planet by reflecting solar radiation, but, as Polar ice turns to water, this protection dissipates, warming the surrounding water and indeed the whole planet.

The thawing of the Arctic Tundra is releasing huge amounts of methane, a powerful greenhouse gas, while increasingly hot and dry summers are now resulting in huge wildfires that burn without restraint – further loading the atmosphere with pollutants and even more greenhouse gasses.

Marine life is also under threat, with fish stocks reducing, and eco systems changing so rapidly that there’s serious potential that entire species may be lost.

It’s timely then that IMarEST has now published its Polar Regions Policy Statement, which covers many of the key challenges facing the Arctic and Antarctic regions, available at https://www.imarest.org/policy-news/institute-news/item/5538-imarest-publishes-policy-statement-on-the-polar-regions.

The main issues considered are:

The potential for minerals and oil to be found in these waters, and new trade routes, is encouraging nations to lay claim to areas of the Arctic. It has attracted the attention of China, which considers it so significant they joined the Arctic Council as an associate, despite having no land mass touching it, unlike members Canada, Denmark (Greenland), Russia, Iceland, Norway, Finland, Sweden and the US. In 2019 the nation that put the greatest number of ships through the Northern Route transit was China.

The Northern Sea Route is increasingly being used to export LNG from northern Russia to China, along with other cargoes. The ability for warships to transit from Russia’s Northern fleet to its Pacific Fleet within its own waters has made it a major strategic gain, especially as the alternative routes, up to now, had been via the Capes or Suez.

The US, meanwhile, has its own ambitions on the NW passage and is currently in legal dispute with Canada, arguing – along with China – that it is an international strait, connecting two bodies of water together for peaceful use.

The IMO Polar Code, in place for several years now, recognises the need to manage this seemingly unstoppable level of change.

As well as the impact of global warming on the ice pack there is a risk of this fragile ecosystem being further damaged by oil pollution, garbage, sewage and invasive species brought in by ships.

There are serious concerns on the use of heavy, residual fuels in the region both from the point of view of pollution and particulate emissions. Lighter, non-persistent oils which evaporate without dispersants should a spillage occur are preferable, as is LNG.

The IMO is heading towards a ban on heavy fuel oils (HFO) in the Arctic from 2024, but with exemptions for vessels flying the flag of coastal states in their own waters until 2029,

Norway has been taking a lead here by banning cruise ships from its fjords and has ambitions to go a lot further and faster than the IMO’s 2050 aims to cut 2008 level emissions by half. From 2030, the Norwegian Shipowners' Association members will only order vessels with zero emission technology.

But that seems a long way off. In the first week of June, Russia's President Vladimir Putin declared a state of emergency after 20,000 tonnes of diesel oil leaked into a river in northern Siberia. The spill was so big it could be spotted by satellite.

According to Euro News: “The spill took place on May 29 at a power plant near the city of Norilsk, located in the Arctic Circle, 2,900 kilometres north-east of Moscow.

"Oil leaked into two rivers: the Daldykan and the Ambarnaya which is located 12 kilometres away from the site of the spill.”

Safety of ships and people

However, environmental concerns are now competing with commercial interests.

With the increasing pace of sea ice depletion during Arctic summers, combined with lower ice formation during winter months, the possibility of safer navigation in this region is increasing.

Traditionally, vessels transiting the Northern Route have either been designed to break ice or been escorted by an ice breaker. Now, for example, the Yamal LNG project uses 15 sophisticated ‘double acting’ LNG ships capable of breaking ice either by the traditional bow method or using specially designed podded propellers to cut through the ice.

The depletion of ice makes the possibility of less sophisticated vessels transiting unescorted. During 2019, it was recorded that one vessel made an unaccompanied passage at 17 knots, which is a similar open water navigation speed as one would find across the Pacific. Then there are the seasonal visits by cruise and other ships.

While there is less ice and relatively higher temperatures, conditions can change dramatically in just a few hours.

A calm, cold morning in September can be followed by atrocious conditions in the afternoon, with visibility quickly reduced by ice storms and ferocious winds driving ice packs into the vessel’s route. Any breakdowns could see a ship and crew stranded and search and rescue become more complex. 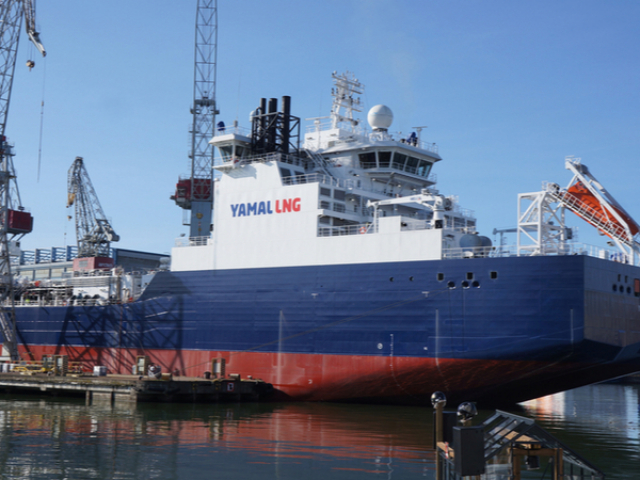 Shipping in Arctic conditions needs special maritime skills that can be difficult to find – including skilled ice captains able to navigate and communicate effectively in the often-challenging conditions. Crews need training and education to be able to operate safely, and the IMO Polar Code deals extensively with technical issues and crews.

Seafarers need to be able to cope with extreme conditions that can induce a higher incidence of psychological disorders, lack of sleep, and stress. Safety culture can break down as shortcuts are taken to overcome difficulties rather than properly highlighting them and seeking to eliminate them. Communications between different nationalities can become tested.

Crew members need to be capable of dealing with emergencies in a highly hostile environment. Free-fall lifeboats, for example, have to have an alternative, controlled, method of launching onto ice. Passengers and crew need thermal protection suits in the event of any emergency.

IMarEST’s Human Element SIG is looking at ways to mitigate these challenges, including lessons that have been learned in the aviation sector and working practices now deployed on the flight decks. 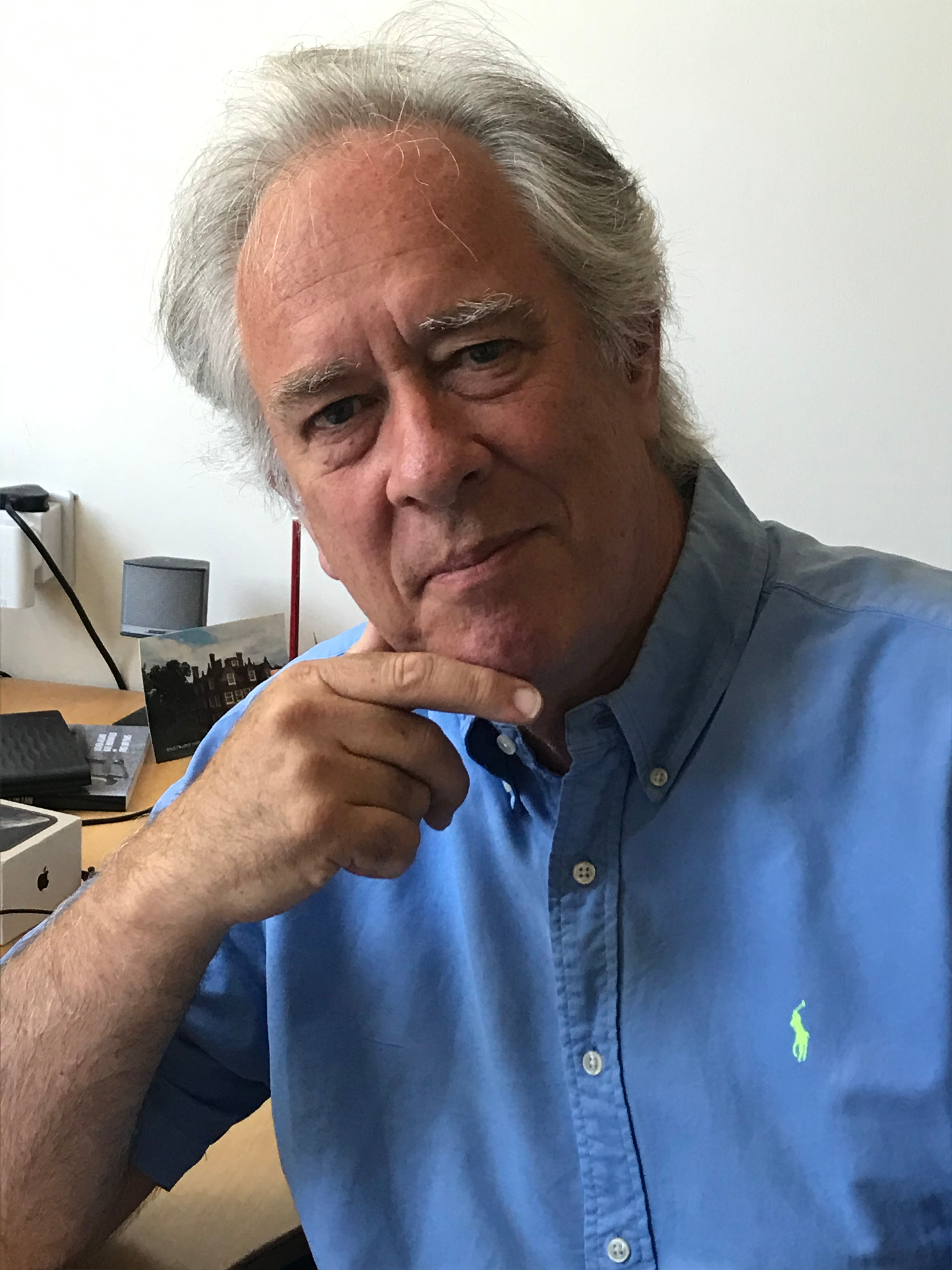 Andy Teasdale is a marine consultant and member of the Human Element SIG.

IMO in the polar environment: The Polar Code explained - YouTube

The Polar Code film shows how this new IMO instrument supports safe and environmentally-friendly shipping in the Arctic and Antarctic waters.

Tweet
Published in Interactions
More in this category: « Challenges, change and looking to a very different future The Global Fisheries Improvements SIG »
back to top