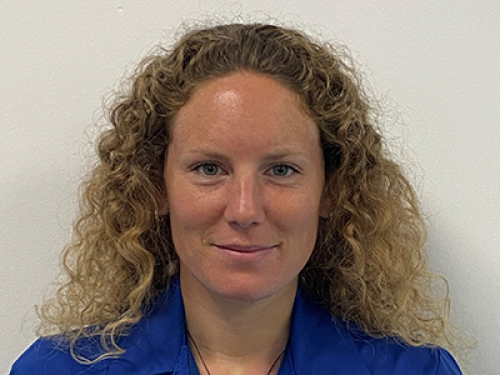 This year’s international competition for young engineers attracted a broad range of innovative and exciting new ideas – from powering vessels with bilge water to cooling warships with wax. We meet the winners.

Since 2008, the Sir Donald Gosling Foundation has funded an award to encourage young engineers, aged up to 35 years, to showcase their ideas and innovations to a worldwide audience.

Presented at the International Naval Engineering Conference (INEC) which took place in September this year, the first prize award is worth £5,000, the second £2,500, and the third £1,500.

Thermal heat loading has become increasingly burdensome on naval ships due to high-energy systems, such as modern weaponry, and the need to keep onboard electronics constantly cooled; and high peaks in thermal load for relatively short periods make designing a cooling plant a particular challenge.

“It’s been really interesting working on a project that looks at technologies which aren’t really used at the moment,” said Tamsin. “Hopefully, that’s something we will see more of in the future.”

Their paper – OB HydraCel Bioelectrolyzer: Retrofittable Device for Hydrogen Generation as Auxiliary Power onboard ships and vessels during treatment of Oily Bilge Water – describes a new closed-circuit system which generates hydrogen gas in an anoxic environment using organic wastewater and effluent. For maritime use, the authors have projected the hydrogen generation capacity of the system using bilge and ballast water as potential feedstock.

The awarding panel noted how their paper proves outside disciplines can contribute to innovation within the maritime field, describing the team’s work as “truly innovative with real potential for warship applications”.

“We’re working with the Indian navy to deploy our system on one of their vessels,” said Suruchi Rao, “but the pandemic is delaying our plans a little.”

With such a competitive field, the panel felt they were unable to separate two particularly strong entries for third place.

William Edge, Kate Walsh and Colin Field were awarded joint third place for their paper, The Autonomous Machinery Design of TX Ship, which discusses the design practices required to maximise propulsion and power generation systems on the Thales Transition (TX) Ship – a flexible platform concept for anti-submarine, mine countermeasures and intelligence gathering missions, which has a potential for autonomous operation.

The panel felt the paper successfully addressed a weak spot in unmanned ships – the relatively high complexity and low reliability of the machinery when compared, for instance, with aircraft – with proven analytic methods.

“Reliability of individual systems has to improve greatly for use on autonomous ships, so we’ve developed a method that lets us find the right balance between reliability and redundancy in the design of these ships,” said Colin Field.

The other joint third place winner – Type 26 Global Combat Ship De-risking Strategy by David Capper and Thomas Groves of BAE Systems – explains the methods put in place to minimise risk in the power and propulsion integration system for the new Type 26 frigate, including the development of computer-based mathematical models and the construction of shore-based test facilities.

The panel described the paper as “an interesting insight into all levels of testing and methods of checking the machinery plant of a warship”.

“Much of what we’re doing on Type 26 is borne out of the lessons learned from Type 45,” explained David Capper. “So we’re now taking those learned lessons and bringing them all together to make sure they aren’t repeated.”