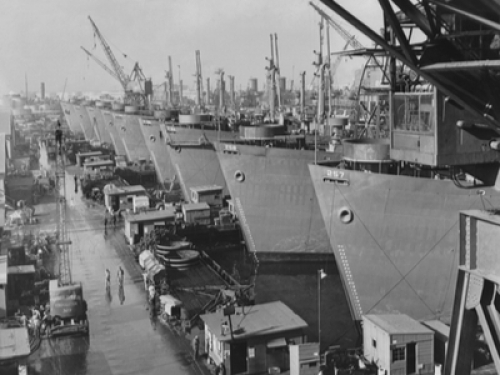 Peter Noble, a vice president of the IMarEST, on the fascinating story of the US Liberty ship which became MH-1A Sturgis – an experimental floating nuclear power plant in the 1960s and 70s.

In 2019, the final chapter of a fascinating episode of maritime history closed in Brownsville, Texas with the breaking of a WWII Liberty ship, the MH-1A Sturgis, formerly the SS Charles H. Cugle.

The Sturgis was not just any Liberty ship, one of the thousands of merchant sea vessels created quickly and inexpensively on a production line designed to keep trading routes between the US and Europe open during WWII.

She saw little active service as she was modified in 1945 in Panama City, FL as the war ended. After being laid up after the war, her particular modifications took her on another journey.

In 1964, the Sturgis was identified by the US Army Corp.  as being suitable for the nuclear programme and was converted, complete with a new mid-section, to house a 10MW nuclear power plant. It was an experimental idea to create a mobile floating nuclear power plant which could be moved to wherever it was needed most.

After being considered, briefly, for deployment in the Vietnam War, Sturgis saw service in the Panama Canal zone from 1968-75, where her power filled a gap when the canal ran short of water during a dry spell to operate locks. It was a vital service which kept one of the world’s greatest shipping canals open for business.

She returned to the US in the 1977 for de-fuelling and lay-up. Decommissioning and decontamination was a lengthy process, with removal of hazardous radioactive waste such as spent control rods.

In 2015 she was brought to Galveston for final removal of the remaining nuclear plant components and then in 2018 moved to Brownsville, near the Mexican border, for final disposal, and recycling of 5,800 tonnes of steel and other materials.

Why weren’t there more like the Sturgis? As Peter Noble explained, there were a few other nations doing similar things, but nuclear power wasn’t accepted by the public.

Nuclear power was out of favour in the era after WWII, but it will come back some day, when the time is right, and we can learn things from the Sturgis, he explained. “There’s renewed interest in floating power plants, for example in Russia. I think we’ll see it alongside renewables – but the time horizon is long.”

Russia isn’t hiding its nuclear ambitions with a floating nuclear power plant in the tundra along the North Pacific Ocean the first of seven planned, according to Forbes.com in December 2019: “The barge, known as the Akademik Lomonosov, took 10 years to build at a cost of $232 million. The unit, with the electric generation capacity of roughly 70 megawatts, can power a city of 100,000 people.”

Acknowledgements: Peter Noble would like to acknowledge help from the U.S. Army Corps of Engineers Baltimore District; ABS; and the Houston Maritime Education Center and Museum. 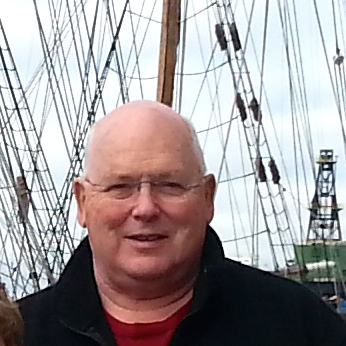 Peter Noble is a naval architect, marine and ocean engineer with a wide range of experience in the maritime and offshore sectors.

US-based, Peter is a vice president of IMarEST. He sits on the advisory boards of a number of marine and offshore companies, technical institutions, and universities, in the US, the UK, Canada and Singapore.

Tweet
Published in Interactions
More in this category: « Sir Donald Gosling Awards 2020: The winners
back to top