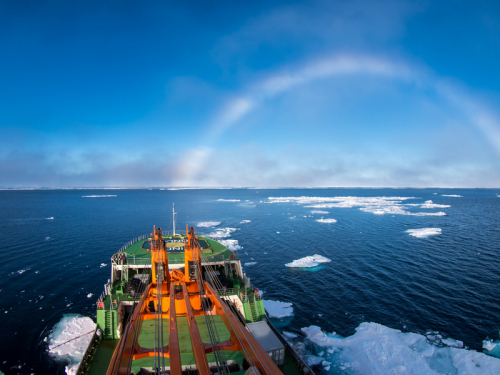 We ask IMarEST Ambassador for the UN Decade of Ocean Science, Professor Stephen de Mora, how IMarEST is getting involved – and what you can do.

Tell us about the UN Decade of Ocean Science for Sustainable Development, 2021-2030

It’s about the science we need for the ocean we want – that’s the UN motto. The vision is to develop scientific knowledge, build infrastructure and foster relationships for a sustainable and healthy ocean for the global community.

It’s a multi-faceted, multi-sector, multi-disciplinary approach to achieve a better understanding of ocean resources for the benefit of society. It’s for everyone in the maritime and the marine communities to get involved with – not just scientists.

Why is it so important to have an entire decade dedicated to this?

The sheer scale and complexity of it all. We know more about the moon’s surface than we do the ocean seafloor. Even Mars has been mapped. Yet despite the fact that most of the surface of our planet is the ocean, it’s largely undocumented and we just don’t have the data we need.

Where do we start and what are the priorities?

There are seven key areas, the first of which is to create a comprehensive digital atlas of the ocean – we need to map it. We need a comprehensive ocean observing system for all basins, and a quantitative and qualitative understanding of ocean ecosystems and their functioning as the basis for their management and adaptation. Then there’s the creation of an ocean data and information portal.

We also want an integrated multi-hazard warning system; and ocean in earth-system observation research and prediction supported by social and human sciences and economic valuation.

Finally, we need capacity development and accelerated technology transfer, training and education, and ocean literacy. That’s quite an agenda, of course.

That’s big. What are the IMarEST’s role and priorities here?

Where the IMarEST has a particularly important part to play is bringing marine and maritime communities together. As scientists, engineers and technologists, we can be advocates for such an important initiative, help grow partnerships and work with our students to involve them.

It’s vital we unite our members in the common goal of ensuring safe and sustainable use of the ocean and mobilising our community to promote the Ocean Decade.

We need to engage those who work in the marine and maritime sectors to become stewards of the ocean through high standards of professional practice, codes of ethics and by recognition of skills and competence.

Another is ensuring equity and inclusivity, and encouraging transparency across the marine sector.

It’s my aim to inspire and educate and take a leadership role. I can’t do it all, but everyone can get involved.  We all have a stake in the ocean and a contribution to make.

A big part of what I do is to connect with organisations such as POGO (Partnership for Observation of the Global Ocean), The Ocean Foundation and the Marine Biological Association.

Success will be when be everyone starts to join up to make a difference. There needs to be a crossover between science and engineering, as well as other disciplines, to make it happen.

And we need to encourage more commercial shipping to participate in the Ships of Opportunity Programme to increase the ocean database.

While the UN has big ideas of altruism, but geopolitics, the challenges developing countries face, and old or bad habits and practices can get in the way. Different specialities need to work together more. Perhaps the biggest barrier, though, is money.

How can members get involved?

Join the Nexus group on imarest.org and sign up on the Ocean Decade website. We aim to run workshops on the seven key priorities, dates to be announced.

I studied chemistry and oceanography and I was an academic for 20 years in the UK, New Zealand and Canada. I joined the International Atomic Energy Agency and worked at the Marine Environment Laboratory in Monaco researching marine pollution for seven years.

I set up my own consultancy and later became the Chief Executive of Plymouth Marine Laboratory and PML Applications. Since ‘retiring’ I am busy with pro bono work on various committees and councils.

Then there’s my role at the IMarEST on the Council and as the new Ocean Decade Ambassador. It’s a really exciting one which brings together many aspects of my previous work in the academic world, as a UN diplomat, and consultant.

Find out more on the Ocean Decade website where you can sign up to get involved. Members can join the Nexus group on imarest.org. 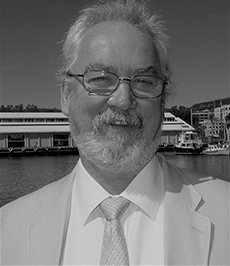 Tweet
Published in Interactions
Tagged under
More in this category: « We need to tackle mental health and wellbeing head on ‘I’m proud to be part of the marine community’ »
back to top