Accident and near-miss reporting: bringing autonomous vessels into the fold 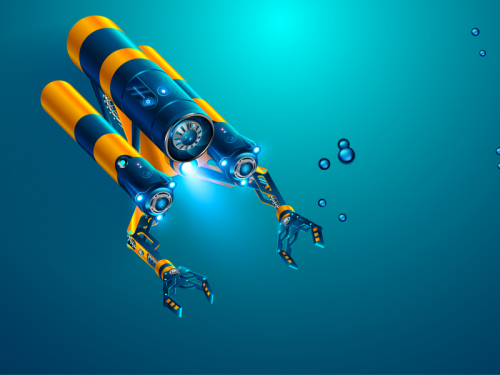 The IMarEST Marine Autonomous Ships Special Interest Group (MASSIG) and Small Ships Group (SSG) are working with industry on ways to report near misses – so that the industry can learn from them and avoid bigger problems in the future.

Autonomous vessels (AUVs), drones and robots are no longer the future – they’re here and becoming more common, more sophisticated, and with ever-greater range and capabilities.

Military leads the way with vessels that can travel vast distances, as they have access to the defence budgets and clear operational and safety benefits. And, as we reported recently (The robots are coming: subsea engineering revolution), underwater vessels and drones are now able to stay underwater for long periods of time, and monitor oil and gas installations in a safer, and cheaper way, than people. Universities deploy them for research.

But regulation and recognised good practice are behind the technology curve. Many uncrewed or autonomous vehicles are sent to sea with a risk that no-one is aware of their presence or where they are going, unless they are of a certain size and required to do so by law. And military deployments could be secretive, of course.

But in everyday maritime life, what happens when there is an incident that affects people, or a near-miss that could well have had grave consequences but didn’t quite meet the legal threshold to report?
Organisations and mariners often don’t want to reveal details of what happened unless they legally need to, and they might not see the merit in sharing so that others can learn from it – and avoid something similar happening again, or worse.

Alan Cartwright, Chair of the IMarEST Small Ships Group, has highlighted the requirements for reporting of marine accidents and incidents.
“There are Merchant Shipping regulations* that require legal reporting when there is an actual accident or serious incident – but what happens when there is a near miss which involves an autonomous vehicle that was close to endangering lives?

“We want to get the message out to the autonomous community that there is already a way to report near misses and other hazardous incidents involving autonomous vehicles.

“The Confidential Reporting Programme for Aviation and Maritime, CHIRP, provides an independent confidential reporting system for all individuals employed in or associated with these industries. Its maritime arm has an online system for mariners to report incidents – and the CHIRP Maritime reporting programme is – of course – open to include all those involved in operating autonomous vehicles, as well as those working with conventional vessels.”

It makes sense to extend CHIRP’s reach, Captain Jeff Parfitt, Director (Maritime) at CHIRP, added: “It’s on the way to becoming a mass industry and it needs to be open to external scrutiny. Companies are not always responsible and don’t want to declare near misses – or even actual incidents. Mariners can report to us in confidence and we’ll look into it and publish confidential reports of the near miss, making sure the mariner and the craft involved are not identified and the industry can learn from it.

The criteria for a CHIRP report is that an incident must involve a human element.

The UK’s responsible autonomous vessel operators work to a safety Code of Practice, published by Maritime UK, which is amended each year as this is a fast-moving technology.
So, to help the better awareness of the CHIRP programme and encourage near miss and incident reporting by operators, there is an action to embed a section on accident, incident and near-miss reporting into the next edition of the Maritime UK code of practice for autonomous operations.

Tweet
Published in Interactions
Tagged under
More in this category: « ‘I’m proud to be part of the marine community’ Strengthening our role at IMO »
back to top