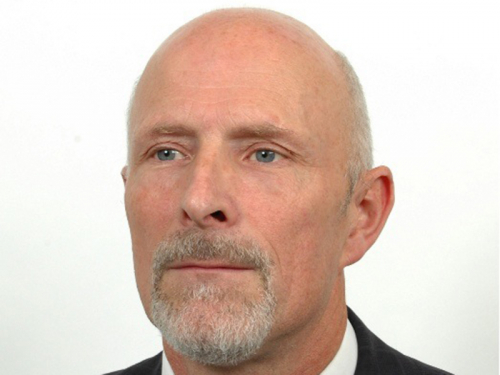 With over 30 years’ experience as a marine and coastal infrastructure consultant on major projects around the world, Tim Chesher is Chair of the IMarEST’s new Coastal Science and Engineering SIG.

How did you become involved in the marine sector?

After graduating, I was offered a position as a research assistant on a project with civil engineering specialist Hydraulics Research Wallingford (HRW), numerical modelling the migration of sand waves in the Taw Estuary, Devon.

I then became a numerical modeller in HRW’s Tidal Engineering Department and stayed for 30 years, working my way up to regional manager for South Asia and the Middle East. My entire working career has been involved in coastal and marine, covering engineering design and environmental impact studies of all types of infrastructure, including ports and harbours, jetties and trestles, intakes and outfalls, revetments, breakwaters and quay walls.

Tell us about your current work role...

I’m now Coastal and Marine Practice Lead for Advisian (EMEA), looking after teams in Madrid, Cape Town and Dubai. We cover all engineering design aspects of coastal infrastructure from 'upstream' consultancy studies, such as site selection and feasibility, to design studies and project site supervision.

“I’ve worked on some fantastic projects – and it's very rewarding to see some of them take shape in Google Earth!”

The work typically involves the collation and analysis of offshore metocean data used in numerical models of wave propagation, tidal currents and water levels that feed into infrastructure design, such as rock sizing for a breakwater or beach control structures like groynes. The modelling often involves transport of various substances in the water, such as sediment, for trench infill or port sedimentation prediction, or thermal or saline rejection and dispersion from power stations, or desalination plant outfalls and oil spill simulations.

What has been the most challenging project you’ve worked on so far?

I’ve worked on some fantastic projects, and it’s very rewarding to see some of them take shape in Google Earth. A good example is the world’s largest tideland reclamation barrage in South Korea, where I was involved in the numerical modelling of the long-term morphological evolution of the seabed following the closure of the two final openings of the sea dike.

How would you describe your relationship with the IMarEST?

What impact will digitisation/autonomous systems have on the world’s maritime and coastal environments over the coming decades?

The pace of change is so rapid it’s impossible to predict how much change there will be in the decades to come – even in the short term there will be significant impacts and changes.

For example, right now, I’m pursuing the potential for collaboration between developers, regulators, and technologists for the 3D concrete printing of artificial reef systems for habitat creation.

What advice would you give to someone considering a marine career?

Go for it. The marine environment is the last undiscovered part of the planet and continues to challenge. There is so much going on, driven by new technology combined with the pressures of climate change. It was only 20 years ago that LNG was the talk of the town (port!) but now it’s a mature business, and hydrogen and ammonia have become the new ‘green’ fuels.

All recent economic and environmental initiatives – such as the blue economy, sustainability, and climate adaptation and resilience – are going to have significant impacts in the field of maritime infrastructure.

Tweet
Published in Interactions
Tagged under
More in this category: « How can we tackle the mental health crisis? A “milestone” for seafarer mental health and wellbeing »
back to top