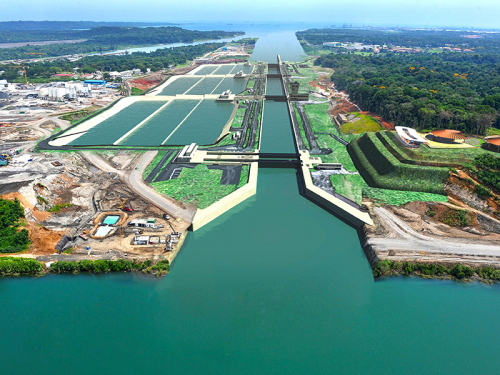 In May, the Panama Canal Authority (PCA) announced that the maximum length overall for vessels using its strategic Central American waterway had increased from 367.28m (1,205ft) to 370.33m (1,215ft) – enough to transit 96.8% of the world’s containership fleet.

News of the improved capability came after the successful completion of a series of trial transits to test the safety of the canal’s new operational capability – including the transit in 2019 of Evergreen’s 369m (1,210ft) Triton. 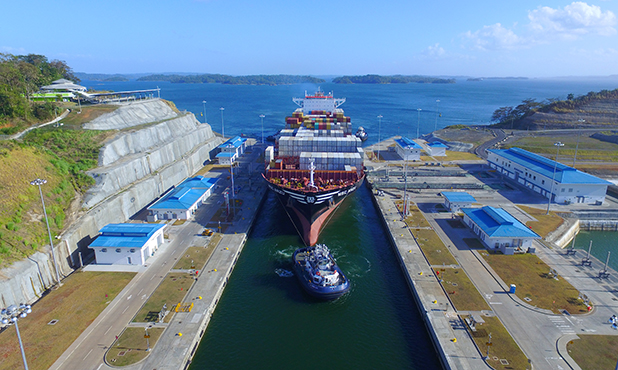 Since then, several other ships with the same dimensions and container cargo capacity have also transited the waterway, including Talos and Theseus.

Anticipating increased future competition from the Suez Canal and the Northern Sea Route, the PCA has achieved its newly improved capacity by investing heavily in two ambitious engineering projects – The Panama Canal Expansion and a programme of water management.

The Panama Canal Expansion – which opened for commercial operation in June 2016 – doubled the previous capacity of the canal by adding a new lane of traffic and increasing the width and depth of the existing lanes and locks. 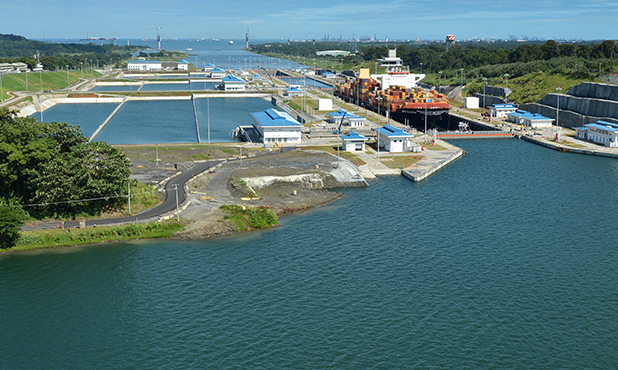 “I have witnessed first-hand the excellence of our team in adapting and innovating to welcome a new era for global trade.

“These changes allow us more flexibility, reliability, and sustainability in our service, and we have updated technology and equipment to ensure the safe passage of larger vessels.”

The PCA has also worked hard to raise the water level of Gatun Lake – a large artificial area of freshwater that carries ships for 21 miles (33km) of their 50-mile (80km) transit through the canal, and which acts as the main water reservoir for the canal’s 12 locks.

Over recent years the Panama Canal Watershed has been severely impacted by both decreasing rainfall and increasing levels of water evaporation, with 2019’s rainfall more than 20 per cent below the historic average.

However, in February 2020, the PCA adopted a series of water conservation measures to improve and safeguard its operational water levels, which have allowed it to maintain optimal draft levels throughout the first half of 2021.

While containerships currently represent more than half of the traffic travelling through the Canal Expansion, there has also been a sharp, recent increase in the number of LNG (liquefied natural gas) carriers using the waterway. 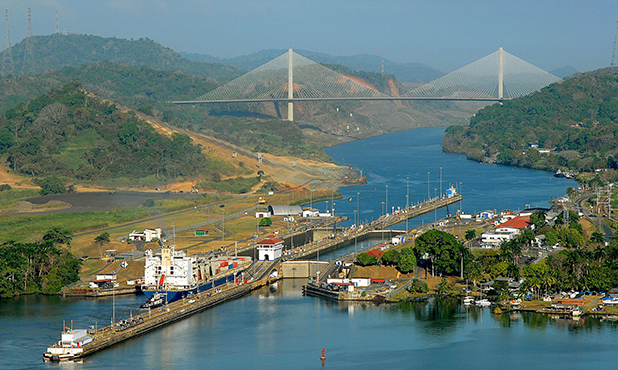 “We have provided constant training to our pilots and tugboat captains to prepare them for trial transits and conduct vessel manoeuvres ahead of any operational change,” added Ilya Espino de Marotta.

“We are continuing the same commitment today that we made five years ago when the Canal Expansion opened – to continue enhancing the service and value we offer for the benefit of our customers and the world.”

Tweet
Published in On the radar
Tagged under
More in this category: « Steady progress for floating wind power Transitioning maritime shipping to green hydrogen »
back to top