Call to vaccinate seafarers as pandemic storm rages on Featured 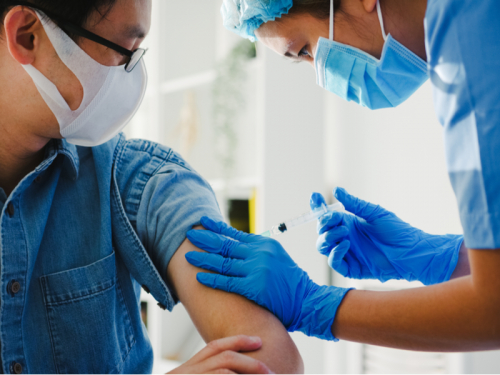 As the Delta Covid-19 strain rampages, charities and national authorities are stepping up efforts to provide urgent vaccination programmes in ports and aboard ships in an effort to mitigate the impacts on crew, their families and global trade.

Slow progress in the global fight against Covid-19 has forced the World Health Organization (WHO) to reiterate its call on governments to designate seafarers as key workers – and prioritise them in vaccination programmes.

WHO estimates there are now – still – 400,000 seafarers stranded aboard commercial vessels, unable to be repatriated or replaced.

“It’s a perfect storm,” warned Esben Poulsson, chairman of the International Chamber of Shipping. “With this new Delta strain, there’s no doubt it’s setting us back and the situation is getting worse. Crew changes aren’t happening fast enough, and governments continue to stick their heads in the sand.”

Amid reports that China has introduced an unpublicised ban on Indian crew coming into any of its territories – resulting in severe economic hardship for the seafarers’ families back home – the International Seafarers’ Welfare and Assistance Network (ISWAN) has launched an urgent vaccination drive for all Indian crew coming into home ports, at 630 Indian rupees (US$8) per dose.

“It’s our duty to help those at sea who are undergoing tremendous hardships due to the impact of the latest wave of Covid, which, in India, is resulting in unimaginable conditions for people,” said ISWAN’s director, Chirag Bahr.

Progress is, however, starting to pick up in Europe, with Cyprus recently declaring its intention to become a vaccination hub for all visiting seafarers, and providing jabs at no cost to the 40,000-crew working on ships registered in Cyprus, or managed by Cyprus companies, at its ports and anchorages.

Belgium, meanwhile, has begun its own campaign to deploy mobile medical vaccination teams in Antwerp and Zeebrugge to ships at berth, to administer the Johnson & Johnson single jab vaccination to seafarers of all nationalities.

Of the two million seafarers across the world, around 900,000 come from countries in which vaccines will not become widely available until 2024.

In Germany, crew from anywhere in the world can now be vaccinated at the Duckdalben International Seamen’s Club in the Port of Hamburg.

“There needs to be this kind of offer to vaccinate crew aboard ocean-going vessels – regardless of their nationality – in all German ports,” insisted Ralf Nagel, CEO of the German Shipowners’ Association (VDR).

“After all, of the two million seafarers across the world, around 900,000 come from countries in which vaccines will not become widely available until 2024.

“We must not allow crew – who have kept the world supplied throughout the very long months of this pandemic – to be left medically and financially vulnerable while performing a service that is so important to all of us.”

US initiatives led by Florida

In the US, seafarers can now receive Covid vaccinations in 25 states at major retail stores, including Walmart, Walgreens, and Publix – an initiative that follows Florida’s forward-looking decision earlier this year to ensure that all cruise ship workers using its facilities are fully vaccinated.

"I am glad to see that the WHO recognizes the importance of vaccinating seafarers on cargo ships,” said IMO secretary-general, Kitack Lim.

“These individuals are responsible for transporting over 80 per cent of all goods around the world – including food, medicine, and vaccine supplies – and have continued to do so despite extremely challenging circumstances.

“Seafarers will play a key role in the global recovery – and all barriers to international travel and crew change must be removed.”

Denis O’Neill is a journalist specialising in maritime.

Tweet
Published in On the radar
Tagged under
More in this category: « Rotor sails put a new spin on Flettner Singapore green-proofs its global future »
back to top