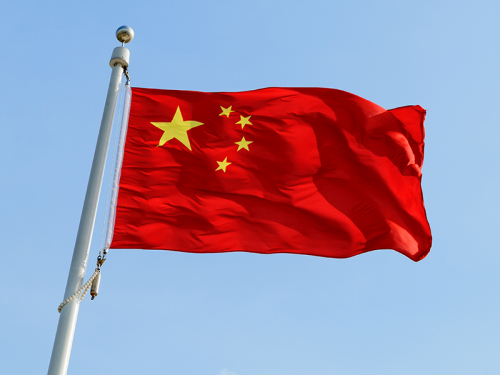 With a maximum speed of 12 knots and able to operate in three modes – crewed driving, remote driving, and uncrewed driving – the 110m, 300 TEU vessel is said to be the world's largest intelligent container ship.

It marks a significant turning point in the development of autonomous vessels, with a recent report from the maritime innovation consultancy Thetius stating that China “will undoubtedly be in a position to overtake European and American competitors” in the emerging maritime autonomous surface shipping (MASS) sector by 2025.

The Thetius study points out that while European countries have successfully taken an early lead in the development of autonomous marine technology – with the sector believed to be currently worth more than $1.1bn per year – a massive R&D push is taking place in China, with academic institutions and private companies registering thousands of patents relating to the technology.

“The incredible amount of recent patent activity indicates significant research and development funding has been made available to Chinese researchers building the next generation of autonomous shipping technology,” explained Thetius’ founder and director Nick Chubb. “And the Chinese government is highly supportive of the sector, having recently set up a 300 square mile autonomous shipping test-bed in Guangdong.”

Zhi Fei, the 110m, 300 TEU vessel is said to be the world's largest intelligent container ship.

With China concentrating on trans-oceanic commercial shipping, the rest of the world is focusing its autonomous technology efforts on more innovative ideas.

In Japan, for instance, the Nippon Foundation is backing the development of autonomous ships with a stated intention to make 50% of the country’s local fleet entirely crewless by 2040.

As part of the project, shipping giant Nippon Yusen Kaisha (NYK) will start trials in February 2022 of an autonomous container vessel which will, it hopes, pilot itself from Tokyo Bay to the coastal port of Ise.

NYK has also been conducting autonomous trials with one of its car carriers, while its rival, Mitsui OSK Lines (MOL), is looking to commercialise much of the autonomous technology it has been developing over recent years.

In Europe, of course, the autonomous Norwegian electric containership Yara Birkeland – the first ever zero emission, autonomous ship – is finally expected to start operating by the end of the year.

Naval developments below the surface

Meanwhile, the Royal Navy has awarded a £1m contract to Plymouth-based MSubs Ltd to build a test submarine which will explore the potential capabilities of Extra Large Uncrewed Underwater Vehicles (XLUUV).

“Technological developments such as this will be key to the Royal Navy maintaining its battle-winning edge in the underwater environment,” said the First Sea Lord, Admiral Tony Radakin.

“XLUUV submarines can leave their dock autonomously and secretly move to the operational area without any embarked crew for up to three months.

“They are also able to sense hostile targets and report their findings back to the station – making them an important barrier for anti-submarine warfare.”

If the initial Royal Navy/MSubs Ltd project is successful, a further £1.5m will be available to further evaluate the vessel’s capabilities.

Tweet
Published in On the radar
Tagged under
More in this category: « Groundbreaking drone hull survey passes Class test Shipping’s billion-dollar methanol gamble »
back to top