A 'Littoral' failure for the US Navy 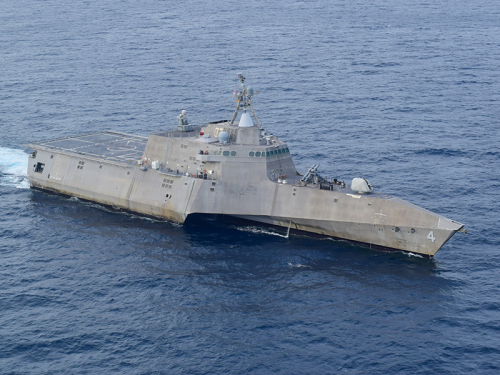 Designed by committee, ineffective and crippled by unreliable and complex propulsion systems, brand new US Littoral Combat Ships being decommissioned in favour of a frigate programme are the latest in a lengthy series of costly military mistakes.

The M2 Bradley Armoured Fighting Vehicle is a legendary failure in American military procurement. Intended as a fast mechanised infantry carrier with space for 11 soldiers, copious redesigns and attempts to fit the vehicle into myriad additional roles, including scout and battle tank, yielded a terrible final design.

Up-armoured and with a huge turret and missile launcher added, the Bradley was too slow and too noticeable to serve as a scout vehicle; it was too high-sided and still too weakly armoured to fight tanks; and too attractive a target, and cramped, to serve as a good troop carrier.

Outrageous costs mean that all branches of America’s military dream of producing a single vehicle that can do everything well; this approach has been responsible for many more ‘monsters’. Developed by Lockheed-Martin, the $1.7tn F-35 Joint Strike Fighter loses to the F-16 (first flown in 1974) in dogfights; its bombing range and payload pale in comparison to the B-52 (1952); and it is inferior to the A-10 (1972) for close air support.

Each of these vessels cost around $600m to build, a vast over-inflation given the initial expectation of $220m. Unfortunately, for all their cost, they simply do not work.

But unlike the Bradley, the F-35 was developed “concurrently” – a baffling approach in which design, development, testing and production all happen simultaneously, ostensibly to avoid delays. The F-35 has been under development for 20 years.

Perverse though it might seem, then, today’s situation involving the US’ Littoral Combat Ships, in which brand-new vessels are being decommissioned, is not without precedent. The vessels – General Dynamics-developed LCS-2 Independence, and the Lockheed Martin-developed LCS-1 Freedom, were taken out of service in July and September this year, respectively; LCS-3 Fort Worth, and LCS-4 Coronado, commissioned between 2012-14, will be decommissioned in March 2022. They will be joined by LCS-7 Detroit and LCS-9 Little Rock, also in March 2022, and commissioned in 2016 and 2017, respectively.

Each of these vessels cost around $600m to build, a vast over-inflation given the initial expectation of $220m. Unfortunately, for all their cost, they simply do not work.

According to the Project On Government Oversight (POGO), a major issue is the propulsion systems, which feature combined diesel and gas turbine systems (CODAG). In theory, these would allow the vessels to cruise using a fuel-efficient diesel at low speed, before switching to a fuel-hungry gas turbine for short bursts of speed. The system would allow the vessels to travel at speeds of 40 knots, or more. Unfortunately, these systems have proven to be desperately unreliable in practice. Between its delivery in 2008 and its arrival in drydock in 2011, Freedom suffered 640 equipment failures – averaging two every three days.

Meanwhile, despite being designed as high-speed vessels, in order to outrun Iranian skiffs and fast-attack craft, going fast caused cracks to form in the Freedom’s hull, some of them below the waterline. The ship was later relegated to speeds of 20 knots, or 15 in head seas. This speed is comparable to that of tankers and containerships; it is certainly not fast enough to evade suicide drones.

The ship designs boasted that a minimal crew contingent of just 40 would be necessary to keep them running; but sailing with one of the most complex propulsion systems ever devised did not help the situation. Crew were desperately overworked, reporting six hours of sleep on average even after their complement was revised up to 50; how the vessel would operate with even a small fraction of its crew injured or killed in a combat scenario is even more unclear.

Now, it is calculated that the problems with the first four ships – developed concurrently, naturally – would take around $2bn to fix. Despite the $30bn the US taxpayer has spent on them so far, the two LCS platforms, like the M2 Bradley and the F-35, are horses designed by committee: intended to satisfy a truly bewildering array of criteria and failing to meet any of them.

Not to be deterred however, the US Navy is now forging ahead with a new frigate programme, FFG(X), developed by the Fincantieri Marine Group. Construction of the first vessel is to begin next year at a projected cost of $1.28bn. Following on, the other ships are projected to cost up to $950m each, though this has not been independently verified.

“The block buy approach is simply the foot in the door for committing the taxpayer to spending $14 billion more on LCSs thinly disguised as “frigates”– frigates that will be incapable of executing traditional frigate missions,” wrote Mandy Smithberger, POGO Director of the Center for Defense Information, in 2016.

“Approving this acquisition malpractice when the industrial base already has plenty of work rewards concurrency, technical failures, and cost overruns while making contractor oversight and accountability nearly impossible.”

Each ship will run on a combined diesel-electric and gas turbine system. Wisely, congress is requiring the Navy to test it on land first. 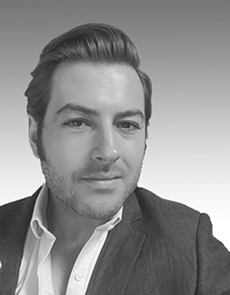 Charlie Bartlett is a freelance journalist specialising in maritime.

Tweet
Published in On the radar
Tagged under
More in this category: « Putin’s Arctic polar push An engineer, an owner, and a Greek shipping tragedy »
back to top