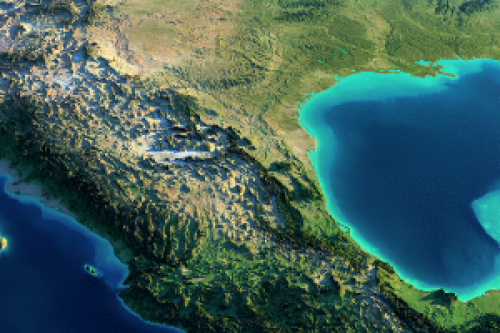 The largest marine oil spill in US history resulted in unprecedented environmental, human and economic disaster.

BP struggled to survive the damage to its reputation and paid hefty fines and a US$500m scientific stimulus package. Amy McLellan looks at the science that emerged, its impact and why it remains as relevant as ever.

It is ten years since the deepwater Macondo wildcat in the Gulf of Mexico suffered a catastrophic blowout, killing 11 workers, injuring 17 others and leading to destruction of the high-tech Deepwater Horizon semi-submersible drilling rig.

With BP unable to close the failsafe blowout preventor (BOP) on the seabed, oil continued to flow for 87 days, releasing millions of barrels of oil into the Gulf of Mexico. Impacting 11,000 sq km of ocean surface and 2,000 km of coastline from Texas to Florida, the Deepwater Horizon disaster (DWH) remains the largest marine oil spill in US history.

In addition to the devasting environmental and wildlife damage there was massive economic loss for those who relied on the Gulf waters for their livelihoods. A 2019 study part-funded by the National Oceanic and Atmospheric Administration reckoned more than 25,000 jobs were lost with a ten-year economic loss of US$4.5 billion.

For BP, it was a potential extinction-level event. In the midst of a PR, legal and political storm, the company’s share price tanked, CEO Tony Haywood was replaced and the energy giant sold off US$75 billion of assets to cover fines, private damage claims and legal bills, re-emerging with a leaner portfolio and a tighter focus on operations and safety.

Federal agencies also learned a lot from the exercise, creating new offshore safety entities and regulations for offshore drilling, including extensive requirements for well design and integrity, and BOP and control systems, prompting major oil companies to jointly fund an emergency Marine Well Containment System that could be rapidly deployed in the event of a future blowout.

As part of its settlement, BP agreed to fund a scientific stimulus package of US$500 million, spawning a science spree that is still yielding results today. Hundreds of grants were made under the umbrella of the Gulf of Mexico Research Initiative (GoMRI), an independent scientific advisory panel that awarded grants based on merit reviews by scientific peers, and which has helped develop new scientific tools and models to assess environmental damage, understand the Gulf’s ecosystem and the longer term health and psychological impacts of affected communities.

Dr John L. Thorogood, an expert drilling consultant with more than 34 years in the business, was among those to vet proposals for GoMRI grants. “The quality of the research was very good, particularly those that pulled together really high-powered academics with very well qualified industry individuals,” he says. “It’s a very constructive way for an operator to rehabilitate their social licence to operate, and a very good model to learn lessons for the future.”

One of the largest GoMRI projects was a seven-year, Gulf-wide study by scientists at the University of South Florida to check oil exposure of 91 species of fish, which were sampled for biliary polycyclic aromatic hydrocarbon (PAH) concentrations. Yellowfin tuna, golden tilefish, and red drum were found to have the highest concentrations of PAHs, while some commercially important snappers and groupers were less affected. Even seven years after the disaster, oil contamination was found to be still rising in some species.

Discovering “window of opportunity” for dispersants

GoMRI projects made significant science breakthroughs, including the first wide-scale environmental application of emerging microbial gene analysis tools. Scientists at the University of Georgia for example, made unprecedented insights into how microbial communities respond to oil, gas and dispersant release and how these unseen agents play a key role in marine ecosystems.

Hydrocarbon-degrading microbes sense hydrocarbons and move towards the source, where they bloom; after the DWH, these oil-eating microbes dominated the microbial ecosystem in contaminated water, accounting for as much as 90% of the microbial community.

Similar shifts were also observed in deep-sea, salt marsh and beach sand environment. The research also found that chemical dispersants, which were being used for the first time to clean up a deep ocean oil spill, may have hindered this microbial degradation of the spilled oil. For future spills, GoMRI’s studies may aid the development of nontoxic dispersants that don’t disrupt the ability of natural microbial communities to degrade hydrocarbons.

Other researchers found how oil that didn’t  evaporate was “pummelled by sunlight” – photochemical weathering – changing its chemistry and limiting the effectiveness of chemical dispersants. Again, these studies provide critical insight into the “window of opportunity” to apply chemical dispersants to oil spills in sunlit waters, enhancing the capability of the industry to use dispersants more effectively in the future.

Was the research a “missed opportunity”?

For some, however, GoMRI was a missed opportunity. “A lot of people did a lot of outstanding work,” says Professor Robert H. Weisberg, a physical oceanographer at USF. “But ultimately we failed to really get to the heart of understanding of how the Gulf of Mexico works as a system and advance our knowledge on how the Loop current penetrates and retreats.”

Weisberg says this is a key area that deserves more investigation: not only do the powerful currents of the Gulf of Mexico force shut-downs of drilling operations but the Loop is also the precursor to the important Gulf Stream, one of the most important determinants of Earth’s climate. “There are behaviours of Loop we still don’t understand,” said Weisberg. “It’s a fundamental aspect of Gulf of Mexico science because it controls everything else and we have failed to get a handle on it. It was a big missed opportunity.”

Learnings for the COVID-19 pandemic

Others, however, point to how GoMRI’s research is proving relevant in a more immediate crisis. Sociologists at Louisiana State University undertook a long-term study into the physical and mental health of impacted communities, both directly as a result of contact with the oil and chemical dispersants and indirectly, as a result of lost work and earnings. They found that the economic losses in the wake of DWH were linked to persistent negative health outcomes. They hope these findings will help inform responses to the economic fall-out from the COVID-19 pandemic.

Professor Tim Slack in the LSU Department of Sociology says at the moment the focus is rightly on limiting the spread and mortality of the virus. “These are critical short-term goals, but in the case of the Deepwater Horizon, our data showed that the socioeconomic disruptions have the longest lasting impacts,” he says. “Although we see a lot of severe disruptions to health and well-being already with the coronavirus, we can likely count on continued impacts down the road as the socioeconomic fallout mounts.”

He said one lasting impact of the Deepwater Horizon and BP’s funding of GoMRI has been the inter-disciplinary nature of the research – and he hopes this collaboration will continue.

“No one discipline can capture and understand all of the dynamics of a disaster,” says Slack. “I work with epidemiologists, ecologists, psychologists, economists. I don’t know that any of us were necessarily thinking that we wanted to be ‘oil spill researchers.’ Yet, here we are.”

Ten years on, and the science that emerged from DWH remains as relevant as ever.

Amy McLellan is a freelance writer specialising in oil and gas who regularly contributes to Marine Professional and is the former editor of Energy Day and Frontier Energy. She is also a published author.

Tweet
Published in On the radar
More in this category: « Adapting tech to solve our pandemic challenges History: Changing times in Hong Kong for MV Artemis »
back to top