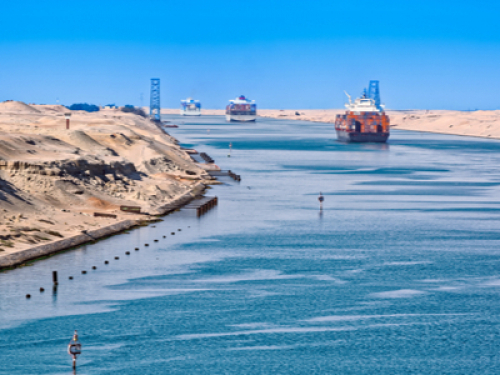 The fuel price crash has encouraged some carriers to take the longer, slower route round the Cape to avoid hefty Suez Canal fees and manage costs to offset a drop in cargoes. But what about the pollution, asks Charlie Bartlett.

In the last major oil price shock, which began in 2014, Asia-Europe carriers took the unusual measure of re-routing head-haul voyages around the Cape of Good Hope, avoiding the tolls at the Suez Canal; for large containerships, bills exceeding $500,000 are not unusual.

The move added more than 3,000 nautical miles to the voyage, but the dodging of Canal fees easily offset the cost of bunker fuel. Soon after the oil price collapse, Singapore prices for IFO380 fell below $180/tonne. In response, the Suez Canal set a precedent by dropping its fees temporarily: vessels travelling from the US East Coast to Asia would pay just 35% of the normal toll.

But bunkering has changed. IMO’s 0.5% sulphur cap entered force at the beginning of this year – rendering IFO380 illegal for all vessels without a scrubber. Throughout last year, many anticipated shipowners would be facing massive fuel costs at this point, paying far more for very-low-sulphur fuel oil (VLSFO). This was $300/tonne more expensive than IFO380 at the beginning of January.

However, now Covid-19 has consigned commuters to their homes and closed factories, demand for crude has cratered, and in May set off a game of oil-price chicken between Vladimir Putin, Salman bin Abdulaziz Al Saud and, arguably, Donald Trump.

In Saudi Arabia, Aramco shares tumbled, and the Kingdom urged its citizens to take out loans to buy its oil; in the US, oil companies paid Americans to take it off their hands. Bunker prices, likewise, did not hold: global averages for VLSFO fell to $262/tonne at the end of April. The narrow spread – of less than $50 per tonne in some instances – prompted Scorpio Tankers and sister company Scorpio Bulkers to delay their scrubber installations until 2021.

Taking the detour around Africa and away from Suez

But the fuel price descended far enough to create an incentive for large vessels to make a diversion around the Cape.

“CMA CGM Alexander Humboldt is located west of Africa as its journey from Algeciras to Port Klang on the FAL-1 services bypasses Suez and instead takes the long detour around Africa,” reported Lars Jensen, a consultant with SeaIntelligence, at the beginning of March. “The trip is normally scheduled for 21 days but will in this case take 26 days.

“The trip is more than 3,000nm longer and the speed is increased by more than two knots for the journey despite the added 5 days to the schedule. A very rough approximation would mean they use 1,000 tonnes of extra fuel.”

The voyage costs offset by circumventing the Suez Canal will have helped CMA CGM to recoup its scrubber investment on the CMA CGM Alexander Humboldt to some marginal degree or other: “The vessel is equipped with a scrubber and could have bought fuel at $200/tonne,” explains Jensen, “hence an extra cost of $200,000.” (In fact, by the end of April, IFO380 global averages had gone even lower than this, at one point reaching $160.)

Unfortunately for lines, it was not mainly the carrot that drove them to these measures, but the stick. In early May, Hapag-Lloyd CEO Rolf Habben Jansen told “middle-three-digit million-dollar” cost-reductions would be necessary for his company to account for the drop in cargoes – Clarkson dropped its 2020 trade growth estimate to -10.6%, outweighing even the damage from the global financial crisis.

“We’re… restructuring services to mitigate costs and taking a whole variety of other measures as well,” Jansen said. “One of the ones that’s been the most public is, for example, trying to avoid the Suez Canal in some cases. “We’re well positioned to weather this storm.”

Released a week later, Hapag-Lloyd’s Q1 profits were EUR25m, versus EUR98m in 2019; but the drop was largely accounted for by a EUR54.8m devaluation of bunker stocks, with transport volumes and revenue actually having improved slightly. “Despite the global spread of the COVID-19 pandemic and its initial effects on Hapag-Lloyd’s business operations in March, both freight rates and transport volumes were up on the previous year,” the Board noted in the report.

No wonder, then, that lines are using whatever tricks they can to save money. At time of writing, IFO380 has, on average, been less than $300/tonne for almost two months, giving vessels with scrubbers a significant incentive to go round the Cape; VLSFO, meanwhile, has been below $320 since mid-April.

“[Carriers] have a choice between speeding up and sticking to schedule or keeping a low speed but then adding a full week to sailing time,” SeaIntelligence’s Jensen tells The Marine Professional. “What we are seeing this time is the latter.”

For every tonne of bunker fuel burned, 3.1 tonnes of carbon dioxide are added to the atmosphere.  However, as Ganesan Sondron, Machinery Supervisor with Petronas, IMarEST member, and seafarer and surveyor with more than 20 years’ experience explains, the calculation is not quite as straightforward as it seems. “Longer routes absorb overcapacity, stabilise freight charges and in this case, also save costs for the ship owner due to lower voyage costs,” he says.

“Ultra large container vessels are already having very low per-TEU cost emission-wise in comparison to previous generations of vessels. A 20,000 TEU vessel takes away two to three large container vessels from Asia-Europe run, so while 1,000 tonnes of heavy fuel oil is extra pollution nevertheless, it's a balanced decision in my opinion.”

Other considerations come into play too. Carriers may prefer a longer voyage and a slower speed than idling their vessel for days on end in warm waters with a high fouling risk. From a crew management perspective and particularly for seafarers forced to work longer owing to repatriation issues, being at sea could well be viewed as a better option than idling at an anchorage, as 11.6% of the box fleet are now doing.

However, with the news that the Suez Canal is once again dropping its dues, the incentive behaviour may soon subside. Ships travelling from Asia to Europe get a discount of 17% until the end of June; vessels heading from the US East Coast to Asia get a whopping 75%. And besides, oil cannot stay this low for long.

What about sustainability goals?

The optimisation of shipping routes is a complex process that brings together a number of different players – "shipowners, operators, shippers, and crew among others,” said Nicole Rencoret, Head of Communications & Development at Sustainable Shipping Initiative (SSI).  “For such optimisation to address/meet sustainability goals, including decarbonisation, all parts of the economic and ESG puzzle have to come together.

“The Sustainable Shipping Initiative (SSI) supports the radical decarbonisation of the maritime sector, drawing on the expertise, experience and collaboration of our diverse membership spanning the entire shipping value chain. Our recent decarbonisation work has focused primarily on fuels, and our knowledge on the sustainability of the multitude of routing possibilities for specific cargo loading and discharge needs at many points of a voyage is limited.”

Tellingly, fuel was considered a problem by Hapag-Lloyd even though it was only expensive for a brief period in January, before all hell broke loose: “In the course of the IMO 2020 introduction, the average bunker consumption price rose significantly, by $98 to $523/tonne, and fuel expenses rose accordingly by 50.6% to EUR594.2 million [versus EUR394.6m in Q1 2019],” its Q1 report notes.

In late May, a survey of ports by the International Association of Ports and Harbours (IAPH) found that around 45% of respondent ports had experienced a drop in containership calls, between 5% and 25%; meanwhile, 8% experienced greater than 25% decline.

If fuel costs rise again, then, wiping out any incentive for trips around the Cape, and cargo volumes do not rise with them, lines could be in for their most difficult year in a long time. 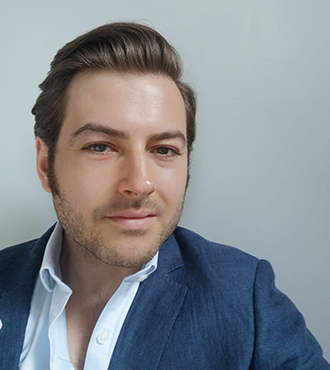 Tweet
Published in On the radar
More in this category: « COVID-19: The Catalyst For Maritime's New Normal Somalia: all quiet on the East African piracy front »
back to top