It's time to raise the Windrush anchor 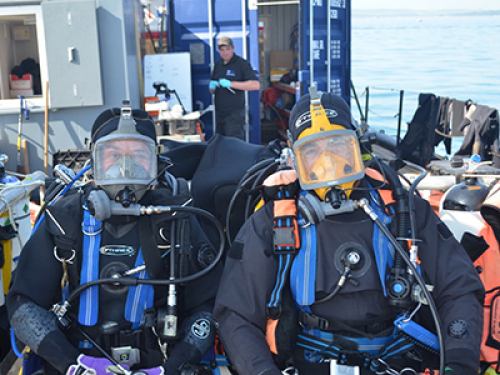 Shipwreck hunter David L Mearns and marine archaeologist Jessica Berry are part of the team planning to raise the iconic Windrush anchor which lies 2800 metres below the Mediterranean.

For many, the name Windrush evokes a whole rush of emotions and images. It is, of course, most famous as the ship that took 500 migrants from the Caribbean to the UK in June 1948 to help the country recover from manpower shortages after the second world war. Yet, how they, and their descendants, have been treated has caused a political scandal in the UK.

Patrick Vernon, whose parents were among the Windrush generation, successfully campaigned for the designation of a national Windrush Day in the UK each June to recognise and celebrate the achievements of those post-war migrants.

Now he is driving a new proposal to recover the stern anchor of the Windrush which lies some 2800 metres below the surface of the western Mediterranean, 23 miles off the coast of Algiers, Africa.

He believes a monument featuring the anchor “could be a source of inspiration for generations of black, brown and white people in Britain seeking to understand racism, white privilege, and trying to establish a society where citizenship and belonging is for all.”

Vernon is hoping that the anchor will be recovered and ready for public display by June 2023, the 75th anniversary of the first arrival of what is called the Windrush Generation.

Funds to raise the anchor

A £500,000 public appeal has been launched towards paying for its recovery, with the full cost likely to be between £1.5m and £2m.

The idea for recovering the anchor came from Max Holloway, whose late wife’s parents came to the UK from the Caribbean in the 1950s. “I am the guy who basically asked the question about what happened to the ship and, more importantly, the anchor,” he says.

“Anchors are a universal sign of hope. They are all about strength, stability, permanence and belonging. And when I saw the Windrush ship and the iconic image of that time, I thought this would be a nice thing to have as a tangible piece of Windrush for people because there isn’t anything else.”

Holloway then started emailing people who he believed could make his dream happen, and found the renowned shipwreck hunter David L Mearns.

Mearns has located 25 major shipwrecks, including the remains of the second world war battleship HMS Hood, some 3000 metres below the surface of the North Atlantic, and recovered its ship’s bell.

Windrush, now lying thousands of metres underwater, was formerly the Monte Rosa, built in Hamburg by Blohm and Voss in 1930 and launched in 1931. She displaced 14,650 tonnes and had a top speed of 15 kt. At the end of the second world war she was handed over to the British and renamed Empire Windrush.

The sinking of the Windrush

In 1954, she was sailing across the Mediterranean with 1,498 people on board, including British troops, when an explosion in the engine room was followed by a fire. The ship was successfully evacuated but, while being towed by a Royal Navy destroyer, she rolled over and sank.

Its position was recorded at the time and Mearns knows where to look.  “I am estimating that the accuracy is plus or minus three nautical miles, which is really very good,” he says.

If the project raises enough funds, Mearns is hoping to carry out the recovery operation over a two-week period in 2021.

The main tool that Mearns uses for locating wrecks in deep water is a side scan sonar.

“You can operate in two different modes. Either a towed mode where you are towing the side scan or where the side scan is mounted on an AUV – an autonomous underwater vehicle. You have two sets of transducer arrays which scan out and use acoustic soundwaves to scan to both sides of the platform.

“The end product is a visual image, which is like a map view of the seabed, so everything that is hard or sticking up from the seabed once these acoustic waves hit it are reflected back.

“That energy is then received by the transducers and converted into electrical energy which is then displayed on a waterfall type screen where the images are scrolling down from the top to the bottom as the ship is moving.

It is two dimensional, but you can interpret three-dimensional shapes from it, and that is the basic tool that people have been using to find shipwrecks ever since anybody used sonar.

“My own expertise is the interpretation of the sonar images and I can come in and say, yes, that is a shipwreck, and this is the right size. I am not expecting there to be any difficulty because we know the dimensions of the Windrush.”

“We have very good photographs of the anchor and we can see it is held in place with two brackets which are secured with two bolts and nuts. We will cut those bolts away and hopefully the anchor will come free at that point and we will just lift it to the surface.”

Marine archaeologist Jessica Berry will then take over responsibility for the anchor. Berry is founder and CEO of MAST (Maritime Archaeology Sea Trust) and has managed some of the most ambitious marine archaeology projects ever conducted in the UK, including the recovery of artefacts from the historic HMS Invincible, which was wrecked off the coast of the Solent in the UK in 1758.

“I became involved because this is what we do: maritime archaeology in all its guises from excavation to conservation, research, publication and display.

“When the anchor reaches the deck, we will have a box prepared for it. It is going to be three by four metres and then it will be transported back to our unit in Poole, UK where we do post-excavation work.

“Until we get it into the unit it is safer to just have seawater in the box. Then it will take two or three years to process depending on the state of the anchor, which is made of iron.

“We will soak it in caustic soda and use electrolysis. Depending on whether the anchor is going to reside inside or outside, it will then have to be painted with a resin-based paint that will protect it from the elements. If it is going indoors, we will use a different substance.”

Berry says that she felt honoured to be part of such an important project, one she hopes will attempt to heal some of the wrongs that have been committed.

For Mearns, if the project succeeds it will be one of the most meaningful things he has done. “I have had a very good career in being involved in important projects that are meaningful to people. So, for HMS Hood I was able to get Paul Allen, the co-founder of Microsoft, to donate his expedition yacht Octopus to go out twice to recover the ship’s bell.

“We were successful on the second attempt. That bell has been recovered and conserved and is now a permanent artefact in the National Museum of the Royal Navy in Portsmouth.

“For a couple of years it was in an exhibition and people could touch it and that is where you really saw the power of that bell, not only for people to come and see it but, for it to be a touchstone for them.

“We see the anchor doing the same thing by being a touchstone for the Windrush generation.”

To donate to the project to raise the anchor, go to https://www.gofundme.com/f/an-anchor-for-the-windrush-generation.

Find out more about the history of the Windrush. 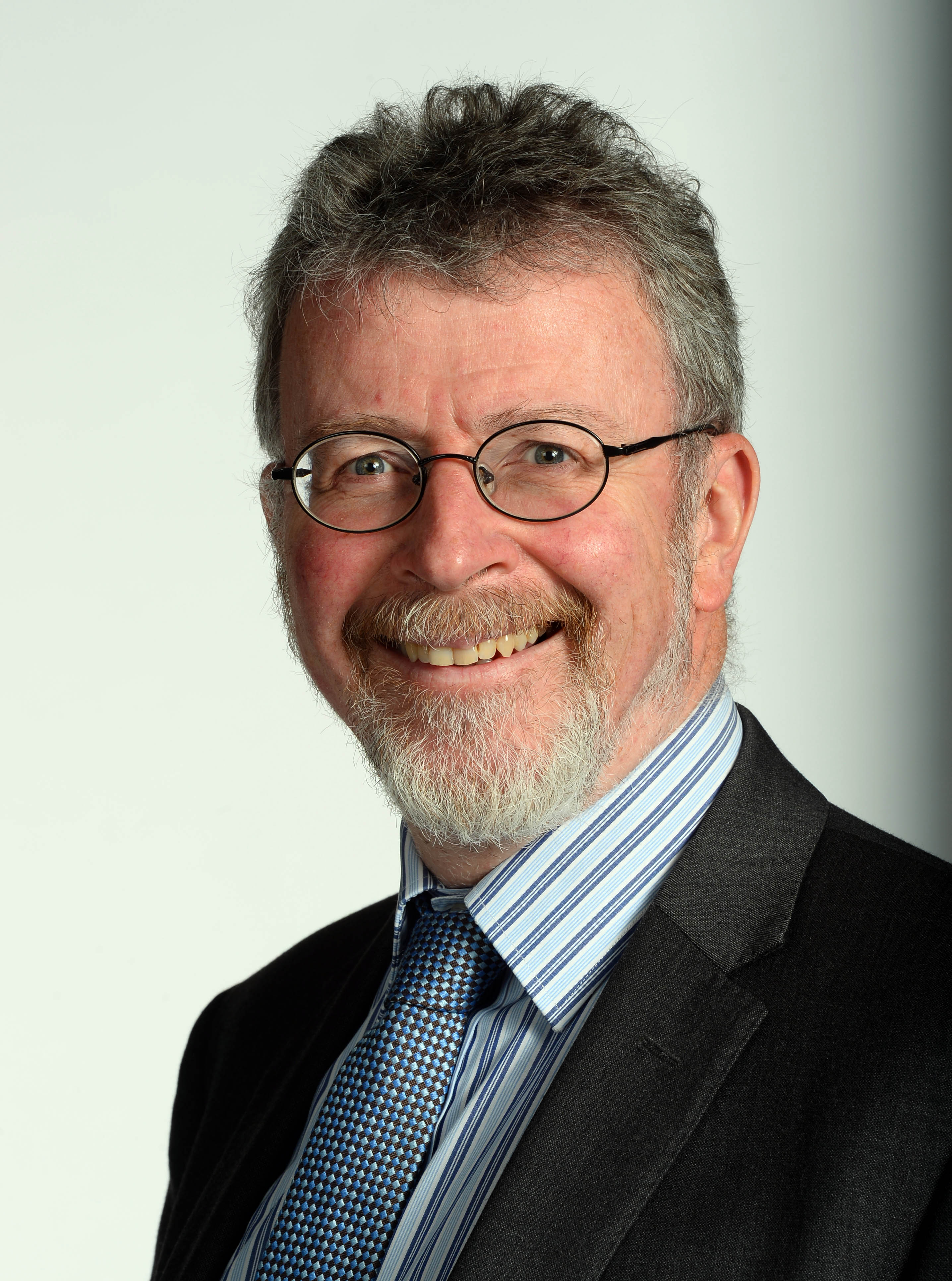 Alasdair Northrop is a freelance journalist.

View the embedded image gallery online at:
https://www.imarest.org/themarineprofessional/on-the-radar/item/5692-it-s-time-to-raise-the-windrush-anchor#sigProIdb5ba43f709
More in this category: « Biofouling: tackling the invader outside Forensic oceanography: challenges in police search operation »
back to top