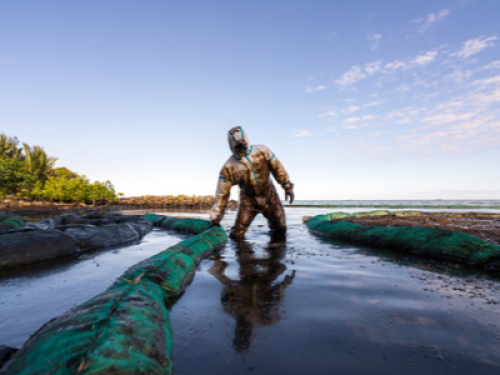 When the Wakashio ran aground in July, spilling oil onto the pristine Mauritius shoreline, it was an environmental disaster the small island state did not have the resources to cope with in time.

While global attention is on the pandemic, some of the world’s most vulnerable marine environments are facing a different crisis. Oil spills.

There have been a number of serious oil spills over the past year in parts of the world unprepared for such events. Mauritius is the most high-profile, with its pristine waters and precious coral reefs now under threat from oil that leaked from the Japanese-owned bulk carrier, Wakashio.

The Panama-flagged vessel, which ran aground on the fringing reef at Pointe d’Esny on 25 July, spilled 1,000m3 of oil by 6 August before breaking up in rough seas on 15 August. Some 3,320m3 of oil was successfully removed from the vessel by Smit Salvage and the forward section of the wrecked ship towed out to sea where it was sunk in deep water – a move not supported by the WWF.

The rear part remains stranded on the reef, but rough seas have made it too risky to remove the remaining “small amount of residual oil in the engine room,” according to the country’s National Crisis Management Committee.

Many locals, already struggling with loss of livelihood due to the pandemic, have expressed dismay that more was not done to deal with the vessel when it ran aground. The slow response means the vessel has contaminated around 32 km of shoreline in the Baie de Grand Port area, which includes the Ile aux Aigrettes nature reserve, fringing mangroves, river estuaries and coral reefs. To the south of the bay lies the Blue Bay Marine Park, an internationally important nature reserve with rich coral and fish biodiversity.

Amid mounting anger, and circulating rumours about how the vessel, which was en route from China to Brazil, came to run aground, the Government of Mauritius acted on 19 August to arrest the captain and another officer of the Wakashio, who have been charged with endangering safe navigation.

Japan’s Nagashiki Shipping has apologised for the incident and said it “feels deep responsibility”. It has vowed to exercise the appropriate law for compensation, which will be much needed given the reliance of the islanders on the crystal waters and pristine beaches for their livelihoods.

By 27 August, reports of a large number of dead dolphins nearby emerged. 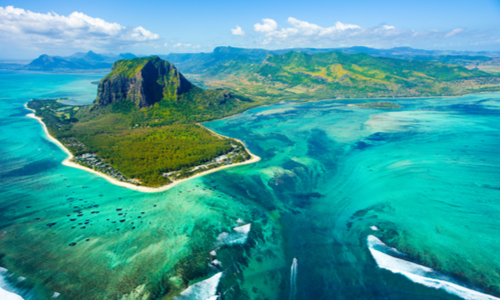 This unfolding story is another example of how many parts of the world are ill-equipped to deal with environmental disaster.

Devastation in the Solomon Islands

Last year, the Solomon Islands were also hit by an oil spill after the Solomon Trader bulk carrier ran aground while loading bauxite in bad weather. The ship became lodged on a reef near the world’s largest raised coral atoll, a UNESCO site.

Clean shipping advocate Dr Sian Prior, lead advisor to the Clean Arctic Alliance, described that spill as “devastating for local communities, the health of citizens, and the environment on which they depend”.

The Clean Arctic Alliance has long warned of the dangers of oil spills in regions without the capacity or resources to quickly contain pollution. This is particularly the case in the remote and hostile reaches of the Arctic, where melting sea ice is encouraging increased shipping and development.

US$146m clean-up in the Arctic

At the end of May 2020, a tank containing diesel oil at the Nadezhda power plant on the Taymyr peninsula in the Russian Arctic burst, spilling more than 20,000 tonnes of oil products. The spill made international headlines as it turned the Ambarnaya River red. Investigators believe the storage tank collapsed because of melting permafrost after weeks of unusually warm weather.

Norilsk Nickel, which owns the plant, has pledged to pay for the clean-up, estimated so far at US$146m.

It’s yet another example of how it’s sometimes the most remote, least-equipped and environmentally sensitive places that are paying the highest price for the global appetite for oil.

Amy McLellan is a writer and author. She previously edited Energy Day.

Tweet
Published in On the radar
Tagged under
More in this category: « Beirut port explosion: a post-mortem Life aboard HMS Intrepid during the Falklands conflict »
back to top