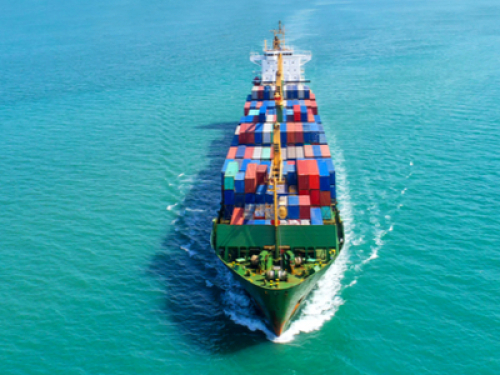 With the average loss of a single box of more than US$50k, a new report highlights the most common causes – bad weather, mis-declared cargo and inadequate training.

It is certainly dramatic, and often deeply tragic in human terms, when a ship and its large consignment of containers sinks into the ocean. But just as alarming is the number of containers lost overboard when everything is supposedly going well.

The World Ocean Council estimated that between 2008 and 2016, an average of 568 containers ended up in the ocean (as distinct from those lost in ship casualties, which would bring the figure up to 1,582).

Individual containers can represent hundreds of thousands of dollars in value. The average cost of an insurance claim over the last five years, according to the Swedish Club, is $52,000 on a per-container basis. But for claims in general it is usually more, as it would be more common to see two or more containers going overboard than a single box. The average for claims overall is $135,000.

In its most recent report on the subject, marine insurer the Swedish Club, identified heavy weather as the leading cause of container losses. This was responsible for half of claims and some 80 per cent of the costs.

“The excessive forces that are applied to the structure of a vessel in extreme conditions can lay bare errors that have been made when loading the cargo on board,” said Lars A. Malm, Director, Strategic Business Development and Client Relations at The Swedish Club.

“The immediate cause may seem to be poor navigation but in fact often the root cause lays in port.”

This, despite the fact that there is no shortage of options for weather routing, which is valuable both in terms of keeping containers on board vessels, but also quickly pays back in terms of reduction in fuel costs.

“Weather routing should be used to avoid the worst environmental conditions, but the Master should also use his/her own judgment to make course and speed adjustments during the voyage as necessary, to reduce the impact of the heavy weather,” the report notes.

The costs are enormous, accounting for 10% of Swedish Club’s costs despite only making up 4 per cent of its total insurance claims. But there is more to worry about than money. Overboard containers can pose a navigational hazard for fishing vessels and other smaller craft; they are too small to be picked up on radar, and barely clear the water’s surface, making them difficult to spot.

At a time when we on land are intimately familiar with the implications of plastics in the oceans, environmentalists will not be reassured, either, by containers packed full of just about anything – trainers, iPhones, and dangerous industrial chemicals – falling to the seabed as a matter of course.

Maritime’s old friend, mis-declared cargo, is responsible in many cases too.

Throughout 2019, a spate of blazes killed numerous crew and destroyed several ships, and all originated from a single mis-declared container. But these can cause weight problems, too, exceeding stack weight limits. This leads to high crushing forces on the lower containers, but also heightens the centre of gravity of the stack, making it more susceptible to crosswinds, and the heeling of the ship in heavy weather.

“Sadly, the nature of these losses makes it difficult to translate incidents into data, and more importantly, identify the party that cause such damage to the industry,” said Lars Malm.

Addressing the problem will be challenging, but clearly, the means exist to do so, and while the risk of lost cargo is an abstract one and difficult to quantify on a balance sheet, taking the steps necessary to keep containers on board ships is certainly worth the investment.

“When we look at many cases, we must question the quality of training received by all involved in the logistics chain,” Lars Malm added.

“Reluctance by crews to reduce speed or alter course to avoid heavy weather; poorly stuffed containers; containers not secured in accordance with the Cargo Securing Manual (CSM); lashing strengths not checked against the loading computer’s lashing module; excessive GM – all these factors can be avoided with good seamanship and proper training.”

Charlie Bartlett is a shipping journalist.

Why did the MSC Zoe lose containers overboard?

Tweet
Published in On the radar
Tagged under
More in this category: « Emissions and the great shipping scrubber debate Microsoft tests internet under the sea »
back to top